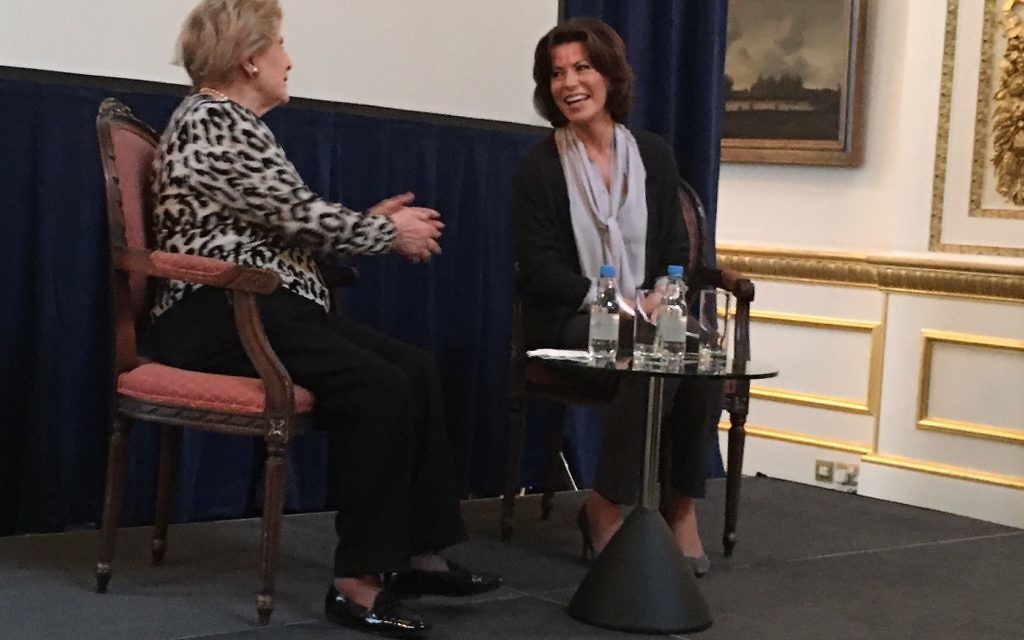 A great grandmother who fled the Nazis thanks to Sir Nicholas Winton has spoken publicly for the first time about her experiences as part of a ground breaking documentary to be screened by the BBC tonight.

Susie Lind was one of 669 children rescued by the man dubbed the British Schindler – escaping on the penultimate train out of Czechoslovakia in May 1939. But the 91-year-old had not spoken in detail about her experiences for nearly eighty years, eventually doing so last year in response to a call from the UK Holocaust Memorial Foundation for survivors to record their testimony.

She is among those featured in Children Saved from the Nazis: The story of Sir Nicholas Winton which tells the rescue operation through original footage and testimony from him and those he saved, including heartbreaking recollections of the moment they were separated from their parents.

“My father wasn’t able to see me off as he was totally heartbroken,” Susie recalled after a preview of the film. “My mother saw me off and I knew I would never see them again. I’ve still got a handkerchief with which my mother wiped away my tears before putting it in my pocket.”

She insisted that subsequent generations musty learn the lessons of the darkest chapter in recent history, saying: “It should never happen again in whatever direction it falls.”

While she attended two events with Sir Nicholas in London before his death at the age of 106 last year, the reserved Susie said she didn’t want to push herself in front of others to talk to him. “I would have thanked him for my long life and my innumerable family because with him I wouldn’t have had that,” Susie said.

While she had been nervous about giving her testimony in the first place, she said she couldn’t turn down her granddaughter Katie’s request to do so and that she was put at ease by broadcaster Natasha Kaplinsky – who has been conducting interviews with dozens of survivors for the Foundation. Susie – who was 14 when she left Prague and was later reunited with her sister in London – said: “I had only previously told my daughters the basics of what happens. I’ve waited many years to speak and it’s brought me great relief.”

The moving documentary chronicles the refugees’ journey from before the war through to emotional goodbyes to parents in Czechoslovakia to their arrival in the UK, after which most would never see their parents again. It also hears from Esther Rantzen, who fronted the famous episode of That’s Life that brought dozens of the evacuees face to face with their saviour for the first time.

Sir Eric Pickles, the prime minister’s envoy on post-Holocaust issues, said: “Sir Nicholas stands for what this year’s Holocaust Memorial Day is all about – not standing by. He was remarkable not because he recognised the evil nature of the Nazi regime but because he did something about it.”

Kaplinsky urged those who had not yet recorded testimony to come forward.