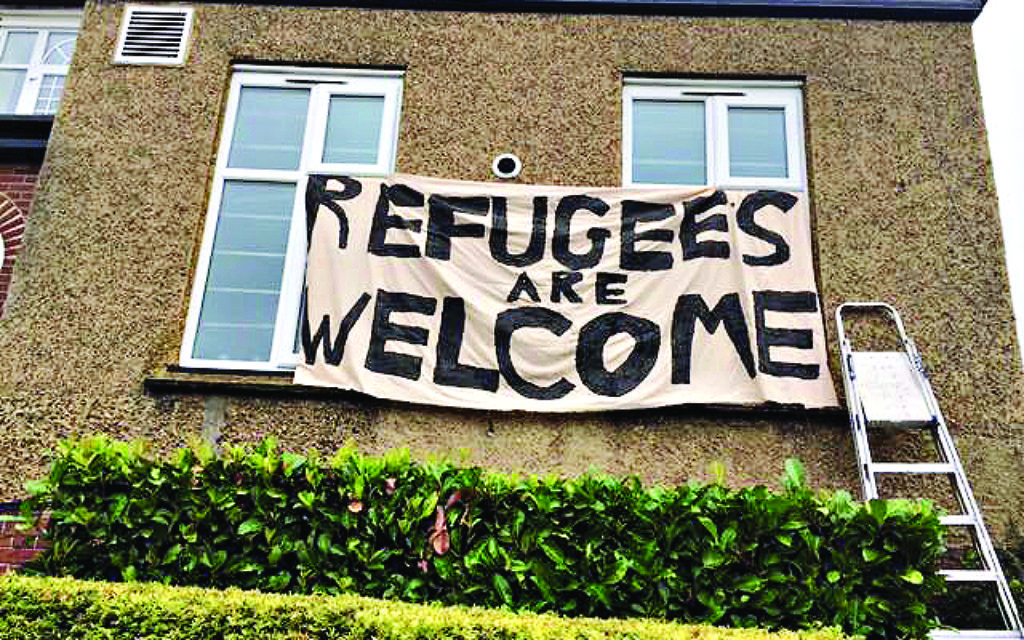 A German-Jewish refugee interned in Britain as an “enemy alien” in the Second World War will appear alongside asylum seekers with a combined 30 years detainment to highlight the UK’s policy of indefinite detainment for asylum seekers at a Mitzvah Day event this Sunday.

The event, organised by Jewish human rights charity René Cassin, will draw on the parallels between the experiences of Jewish refugees and those of people presently seeking sanctuary in Britain.

A flier for the event

Berlin-born Fritz Lutzig escaped Nazi Germany in 1939 but British authorities detained him for four months on the Isle of Man during the Second World War because of his German origin.

Lutzig, 96, will appear alongside a group called Freed Voices, a group which brands itself “experts by experience” of Britain’s present policy of indefinite detention.

A recent All Party Parliamentary Group on Refugees report says Britain is the only country in Europe to practice indefinite detention of asylum seekers and advises a 28-day time limit in its place. René Cassin and Freed Voices are among the human rights groups campaigning for this limit.

Northwood and Pinner Liberal Synagogue are hosting the event, where audiences will hear Lutzig and Freed Voices share their personal accounts of detention.

Mia Hasenon-Gross, director of René Cassin, said: “It is shameful that we are the only country in Europe that treats asylum seekers this way.”

“As a Jewish human rights charity, we echo parliament’s call: it is time for a time limit,” she continued.

Rabbi Aaron Goldstein, the Senior Rabbi of Northwood and Pinner Liberal, said: “Justice is essential to Judaism and the cornerstone of British society. Indefinite detention of asylum seekers is an injustice.”

He added: “Judaism compels us to act and our pride in being British demands us to speak out for a time limit to detention for asylum seekers – and for justice.”

Fritz Lutzig entered the UK on the eve of the Second World War with the help of Quakers, who sourced him a visa. After being detained on the Isle of Man in 1940, he joined the British Army and served in the Intelligence Corps as a covert “listener” to German prisoners of war.

The event is supported by the Council for Christians and Jews, following national Interfaith Week.