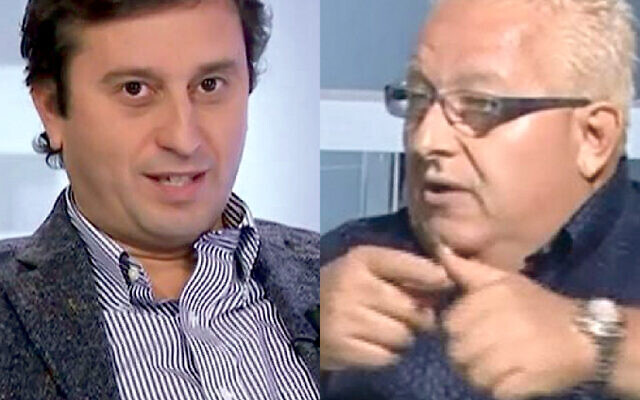 A neo-Nazi and anti-vax conspiracy theorist who is in hospital in Italy with Covid may be surprised to learn that among those praying for his recovery is Milan’s Chabad rabbi, Shlomo Bekhor.

La Zanzara (‘the Mosquito’) is a popular radio programme, co-presented by Giuseppe Cruciani, a ‘shock jock’, and David Parenzo, a Jewish journalist. The pair are well-known throughout Italy.

The radio station, Radio 24, belongs to the country’s premier economic newspaper, but La Zanzara looks at all the major news issues of the day — and there are regular phone-in slots.

One of the most frequent callers is Maurizio Buratti, who has become known as Mauro da Mantova. A coachbuilder in a town near Milan, where the programme is based, he became a well-known voice expressing extremist views, both against Jews and against Covid vaccinations.

Last week Buratti called in to the programme from a supermarket, where he said he had a temperature of 38 degrees. His voice, familiar to the presenters, was broken and hoarse. Together Parenzo and Cruciani persuaded the vaccine refusenik to go to hospital, where he now remains, intubated and said to be “critically ill”.

Rabbi Bekhor, who runs a Judaism publishing house in Milan, Mamash Publishing, is also a frequent contributor to the radio show, speaking about Jewish issues.

Parenzo asked the rabbi to say a prayer for Buratti, which was recorded on Friday and broadcast last Saturday.

Rabbi Bekhor said of Buratti: “He is a bit extreme – very right-wing and a bit antisemitic as well as being anti-vax.

“We as Jews pray for everyone. We give them respect, because mercy is one of the three pillars of Judaism. And antisemitism comes from stupidity and ignorance. We pray so that hatred will be nullified.”