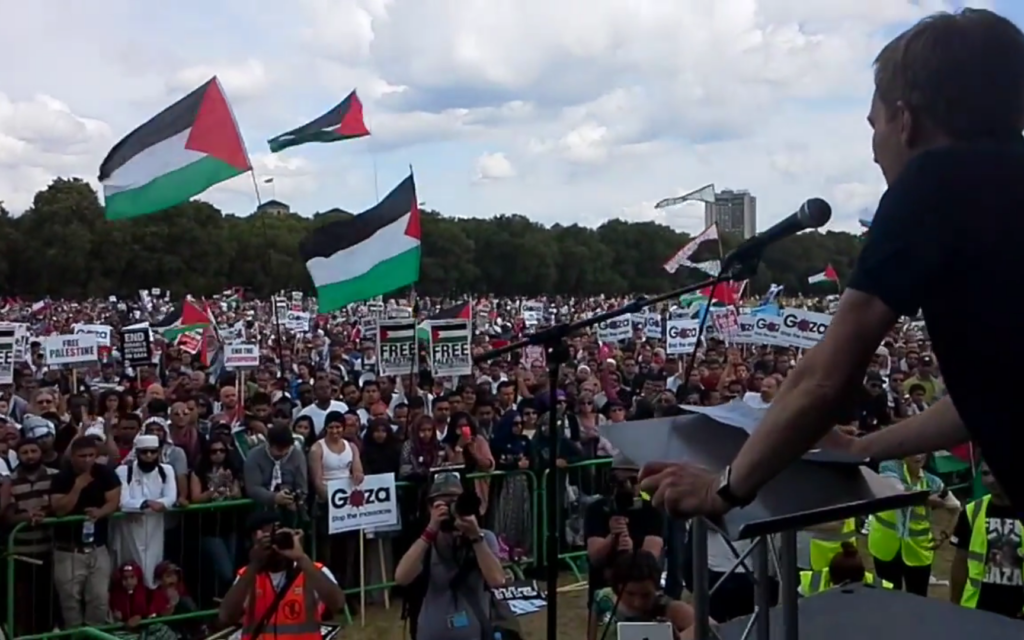 Seumas Milne speaking at a major rally against Israel

Seumas Milne speaking at a major rally against Israel

Labour’s appointment of a left-wing senior Guardian journalist as its new strategy and communications chief has been criticised by some moderate MPs.

Seumas Milne, a keen supporter of Jeremy Corbyn who has written extensively on links between Western foreign policy and terrorism, is joining the Opposition team as executive director of strategy and communications “on leave” from the paper.

Mr Milne, associate editor at the Guardian and the author of books about Margaret Thatcher’s “secret war” against the miners, global politics and economic policy, is due to take up the role next week.

But the appointment was described by MP Simon Danczuk as “totally bizarre” and leading Blairite John Woodcock said voters “deserved better” in an online condemnation of the announcement.

Mr Milne has warmly welcomed Mr Corbyn’s surprise election in print as a chance to “break open the political system, put the alternative to austerity centre stage, and bring an end to Britain’s support for endless war”.

Milne also said at an anti-Israel rally in 2014: “Israel has no right to defend itself from territory it illegally occupies”, adding that Palestinians in Gaza have the right to “defend themselves”.

“It isn’t terrorism to fight back. The terrorism is the killing of citizens by Israel on an industrial scale”.

He accused Britain and America of stoking the conflict between Israel and Palestine and of “occupying Arab land for decades”.

Milne was criticised after he claimed “in 2004, that Iraqi insurgent forces were “anti-occupation guerrillas”, who were “a classic resistance movement with widespread support waging an increasingly successful guerrilla war against the occupying armies.”

He wrote recently that the leader and his supporters “are effectively insurgents in their own party”, suggesting that maintaining authority would require “clear leadership … that can be reinforced by mobilising the new mass membership, if necessary with members’ ballots”.

Critics of the appointment have pointed to a 2013 article in which Mr Milne suggested that the murder of Fusilier Lee Rigby “wasn’t terrorism in the normal sense of an indiscriminate attack on civilians” because the soldier had served in Afghanistan.

He said such attacks were “the predicted consequence of an avalanche of violence unleashed by the US, Britain and others in eight direct military interventions in Arab and Muslim countries that have left hundreds of thousands of dead.

“Only the wilfully blind or ignorant can be shocked when there is blowback from that onslaught at home. The surprise should be that there haven’t been more such atrocities.”

He has publicly backed Mr Corbyn’s opposition to the renewal of the UK’s nuclear deterrent, saying the Trident missiles were “neither independently, plausibly nor legally usable in any conceivable 21st-century conflict, but are instead an exorbitantly expensive hi-tech make-work scheme and status symbol for British officials”.

Mr Danczuk told The Sun: “This is a totally bizarre appointment of a man more likely to become the story rather than control our party’s message.”

“We finally have Tory MPs squirming over the vote on tax credit cuts and we unleash more process barminess to divert attention. So fed up,” he went on.

“This is not some middle class columnista parlour game, it is people’s lives who are being wrecked by the Tories. They deserve better.

“And now think it is probably in everyone’s interests that I turn my phone off for the evening. Including mine,” he concluded.