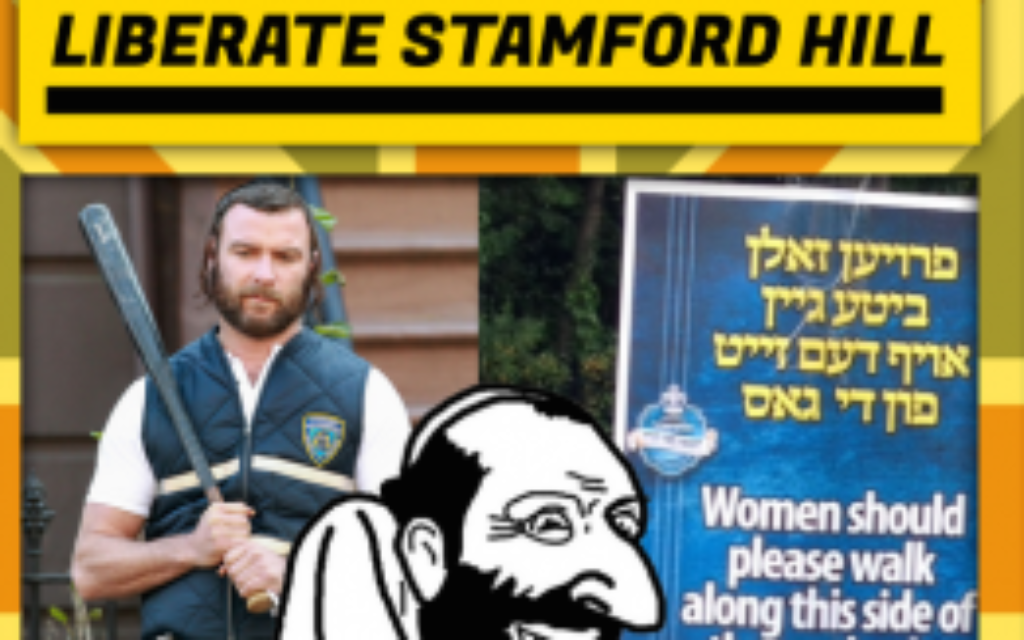 The extremist behind the planned anti-Semitic March in Stamford Hill has been arrested over allegations of online abuse of MP Luciana Berger.

Joshua Bonehill-Paine was apprehended in Yeovil yesterday morning and was bailed to attend a west London police station in late March.

A Met Police spokesman said a 22-year-old man had been arrested on suspicion of “racially aggravated harassment and malicious communications” after police launched an investigation over an allegation made in October.

In a post on his blog, Bonehill-Paine said officers seized two mobile phones, a laptop and a “priceless” Nazi Party badge.

He also revealed that his bail conditions banned him from the area within the M25 until 26 March – which would ensure he can not attend the ‘Liberate Stamford Hill’ march he had publicised on social media for 22 March.

The poster in question

A poster for the event, which sparked widespread criticism, featured anti-Semitic caricatures. He targeted the “jewification” of Stamford Hill and specifically Shomrim. Bonehill-Paine insisted he would push back the date of the event if necessary.

A Met spokesman said: “Officers investigating allegations of malicious communications sent to a Member of Parliament via a social media network have arrested a man.

“The man aged 22yrs old was arrested on suspicion of racially aggravated harassment and malicious communications at an address in Yeovil, Somerset on Friday, 13 February 2015. He is bailed to a west London Police station in the end of March.”

In his blog, Bonehill-Paine denied he had never seen the Twitter accounts shown to him when questioned in Somerset.

His latest in a string of arrests comes only days after escaping with a suspended three month sentence for a series of other offences in which he went online to falsely brand people paedophiles or held certain religious views.

<The man has been bailed with conditions. Any breach of those bail conditions will be dealt with appropriately and proportionately>