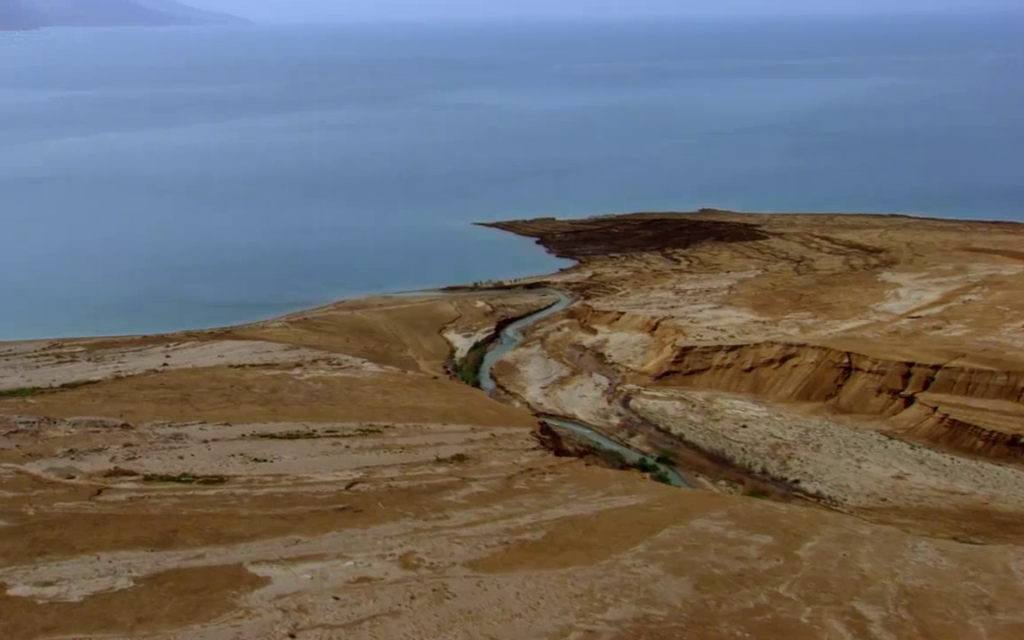 The Jordan river draining into the Dead Sea

The Jordan river draining into the Dead Sea

The all-day seminar, held by the Anglo-Israel Association in co-operation with Israel’s Arava Institute for Environmental Studies, also attracted industrial and academic specialists from Britain, each eager to learn from each other and trade knowledge and information. The seminar was designated as the Ambassadors’ Round Table and was attended by UK Foreign Office officials as well as experts in sustainability of the environment.

Keynote addresses were given by Monther Hind of the Palestinian Wastewater Engineering Group, Suleiman Halasah, founder and director of the environmental group IGreens in Jordan, and Dr Clive Lipchin, director of the Arava Institute’s centre for transboundary water management.

Dr Lipchin, South-African-born, is known as a “water visionary” who looks beyond politics to try to solve problems in the region. He told the delegates that despite – or perhaps because of – years of drought, Israeli technology and its major desalination work now allows Israel, probably uniquely, to call itself a “water secure country” – meaning that it has developed technology sufficient to cater for the population’s needs.

He said it was vital to rethink about water beyond nationalism. “Water resources don’t conform to political boundaries”, he said.

Dr Lipchin presented an imaginative solution for how Israel, Jordan and the Palestinians could proceed, each bringing something different to the table. Israel, because of its success in desalination from the Mediterranean, will continue to be the major water supplier. Jordan, through a series of solar panels placed in its eastern desert, will supply much-needed energy for the region; and the Palestinians will develop natural agricultural resources through water buffers.

Dr Lipchin’s solution took note of the vast increase in population with which Jordan, specifically, is dealing – the huge numbers of Syrian refugees who have found shelter in the region. However temporary or permanent that might be, more water, more energy and more food will be needed in the region.

A different take on what to do was presented by Oxford University’s Dr David Johnstone, a senior research associate at the School of Geography and the Environment. Dr Johnstone’s speciality is waste water: he reported that globally there are two thousand million tons of waste water per day which are untreated. In the developing world urban rivers have become sewers and there are an estimated 2.6 billion people without proper sanitation, with a further 2 billon more people in this category by the year 2040.

His answer was to push governments to treat waste water and use its resources, among which are “energy, fertiliser, phosphates and building materials.” such  Such treatment, Dr Johnstone predicted, could radically improve lives in the Middle East and worldwide.