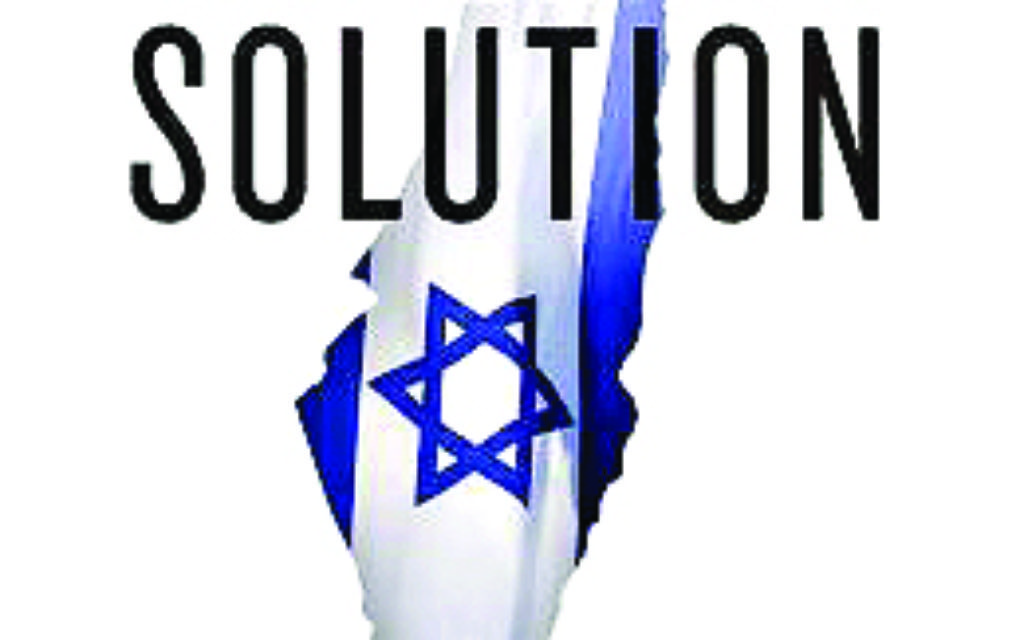 Since the 1990s, the dominant consensus in foreign policy circles is that only a two- state solution can resolve the Israeli-Palestinian conflict.

Creating a Palestinian state has become an article of faith across the political mainstream, both in Europe and the United States.

Yet with the collapse of peace talks in Washington, the recent reconciliation between Fatah and Hamas and the current conflict in Gaza, that solution looks increasingly unlikely. So is it time for the two-state answer to be ditched altogether?

That is certainly the conclusion of Caroline Glick in her new book, The Israeli Solution: A One State Plan for Peace in the Middle East.

Glick pulls no punches. She describes the two-state plan as “among the most irrational, unsuccessful policies the United States has ever adopted”.

She establishes her case by showing that for some nine decades, Palestinian leaders from al-Husseini to Abbas have shown no appetite for compromise and moderation. Their principal aim has been “the destruction of Israel” and this they have pursued through terrorism, violence and political rejectionism.

What Glick shows, however, is that far from being punished for their intransigence and unrelenting hatred, the Palestinians have been amply rewarded by western leaders.

Terrorism in the 1970s and 1980s led to UN recognition and appeasement from European governments. During the 1990s, the Clinton administration ignored or downplayed Palestinian incitement and continually put pressure on Israeli governments to offer more concessions to the PLO.

Despite the terror war unleashed by Yasser Arafat, President Bush called for a Palestinian state and the end of settlement building. Even today, Western governments bankroll the corrupt PA despite the fact that it pays the salaries of convicted terrorists.

It is little wonder that no progress is being made in all the peace talks Washington sponsors. Glick’s solution is for Israel to apply its own law and sovereignty over Judea and Samaria, nullifying the two-state solution altogether.

Palestinians living in these areas would be eligible for permanent residency and eventually citizenship in the Jewish state.

But this approach raises as many questions as it answers. There may be 1.5 million Arab residents in the territory, many of whom have been reared on the Jew-hating propaganda of the Palestinian Authority.

The incorporation of such a hostile population would pose considerable security risks for Israel given that Palestinians would be free to travel across the country.

Worse, Israel would face a renewed demographic challenge from the sudden doubling of its Arab sector. The social strains entailed by this policy, to say nothing of the economic costs, would be considerable.

Glick is aware of these problems and discusses their implications in several chapters. She also considers the diplomatic fallout that Israel would suffer after implementing such a plan, the worst coming from the European Union.

The EU, she says, would impose harmful sanctions, though Israel could weather the storm due to its status as a rising economic power. While Arab states like Egypt and Jordan would reject a one state approach, they could do little to stop it given their dire economic performance and political instability.

But Israelis too may need some persuading. According to recent opinion polls, the majority believe that disengagement is necessary in principle, even if it does not end the conflict.

There appears to be little support for binationalism or offering Palestinians citizenship.

The Israeli Solution is controversial and will infuriate many, but it is certainly well argued throughout.

Whether or not you agree with her approach, Glick’s book deserves close reading and is sure to stimulate debate in policy circles.

• The Israeli Solution: A One State Plan for Peace in the Middle East by Caroline Glick is published by Crown Forum, priced £14.75. Out now.