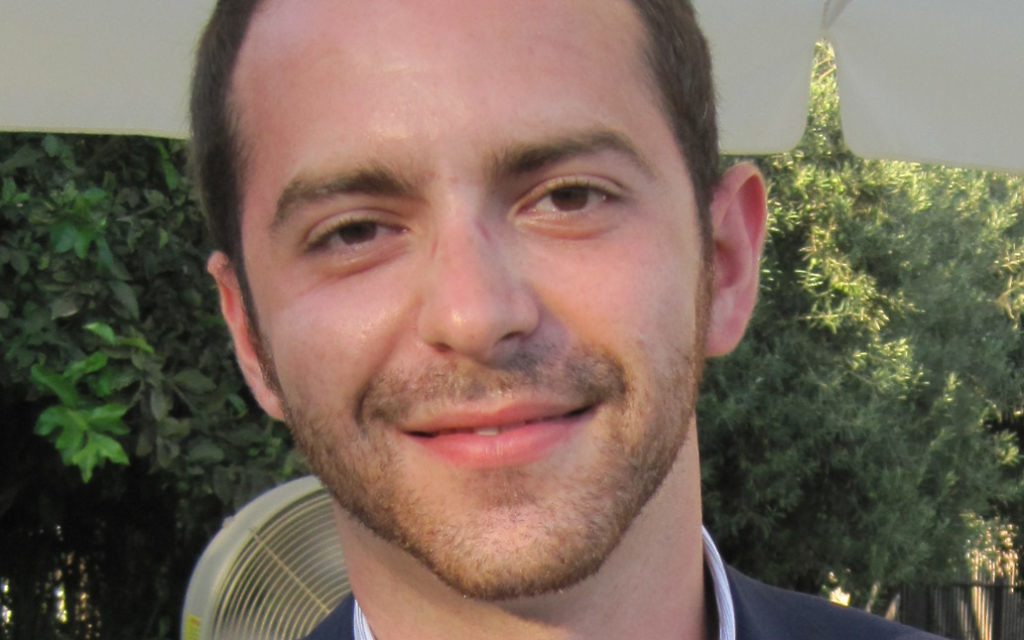 Our first in a series of posts from the people at the heart of Anglo-Jewry’s thriving LGBTQ+ organisations. First up: Keshet

Let me explain what Keshet does and why our work is important not only in supporting the lives of Jewish LGBTQI people, but for improving inclusion in the wider community and society at large.

Keshet UK is the forum which works to champion the inclusion of LGBTQI people in all areas of Jewish life in the United Kingdom by educating, advocating and raising awareness of  relevant issues in the Jewish and wider community.

We are a cross communal organisation which means we work with individual Jews, synagogue movements, educational institutions, student societies and any other relevant organisations regardless of religious or political background.

A key plank of our work is through advocacy, education and training. Keshet UK has run a number of training sessions on inclusivity where we invite people to come together and develop ideas on how to address this important topic within the wider Jewish community. Training sessions cover various topics including gender, sexuality and language; identity and privilege; tools for inclusion and planning for change.

As part of our educational work, we have previously partnered with Stonewall on their campaign to end homophobic bullying in Britain’s schools, assisting in the translation of the charity’s iconic ‘Some People Are Gay. Get Over It!’ posters into Hebrew for use as a modern language resource in Jewish faith schools.

We have also partnered with Rainbow Jews, a ground-breaking project archiving LGBT Jewish history in the UK that was supported by the Heritage Lottery Fund and Liberal Judaism and exhibited at the LSE earlier this year.

Other Keshet projects have included creating videos as part of the internationally endorsed ‘It gets better’ campaign and hosting a plethora of activities at the annual Limmud Conference.  We also lobbied for the right for same sex couples to marry and be buried together within a Jewish framework

Our small team also has frequent ‘off the record’ conversations with community leaders across the religious and political spectrum to advise on the best ways to fully embrace LGBT Jews within varied denominations and organisations.

Concurrently, Keshet UK functions as an umbrella organisation for several LGBT Jewish organisations in the UK. Through our website and newsletters, we promote the events of our affiliate groups whilst working with them to ensure that a range of activities over the London Pride Weekend cater to the diverse members of the community.

Our affiliate groups are extremely diverse, including the Jewish Gay and Lesbian Group (JGLG – the world’s first), Gay Jews in London (GJIL), Parents of Jewish Gays and Lesbians, Imahot v’Avot (LGBT parents of Jewish Families), and Beit Klal Yisrael (BKY – a Liberal Jewish community) amongst others.

We also have strong ties with our sister organisation Keshet (USA) and are affiliated to the World Congress of Gay, Lesbian, Bisexual and Transgender Jews. Our work is enhanced through ever strengthening relationships with the United Jewish Israel Appeal, the Union of Jewish Students and the Jewish Leadership Council.

Our website serves as the first port of call for information on events and initiatives aimed at the Jewish LGBT community in the UK.  The calender contains information supplied by member groups as well as appropriate information from third parties, such as documentary screenings or support services with an interest in our demographic.  Another special feature of our website is the facility allowing people to ask rabbis (from the movement of their choice) questions about Judaism, community and LGBT issues.

Our growing social media networks on Facebook and Twitter ensure we engage in a continuous, two way dialogue with our dependents and supporters in the various ways they wish to communicate with us.

Since our work is carried out entirely by a team of volunteers, we have become more active in fundraising and are in the process of becoming a charity. Last December we were honoured to hold a reception in Parliament, the first time ever for a Jewish LGBT event. Hosted by kind permission of Mike Freer MP, it was attended by representatives from various synagogues, the Board of Deputies, and Communities minister and Stephen Williams MP.

In addition to the aforementioned MPs, guests were privileged to be addressed by Rabbi The Rt Hon The Baroness Neuberger and Rabbi Lionel Blue – the first rabbi to identify as gay in the UK.

This landmark event was both an inspirational and awe inspiring initiative that many never thought would happen – and one we hope to make an annual affair in our calendar.