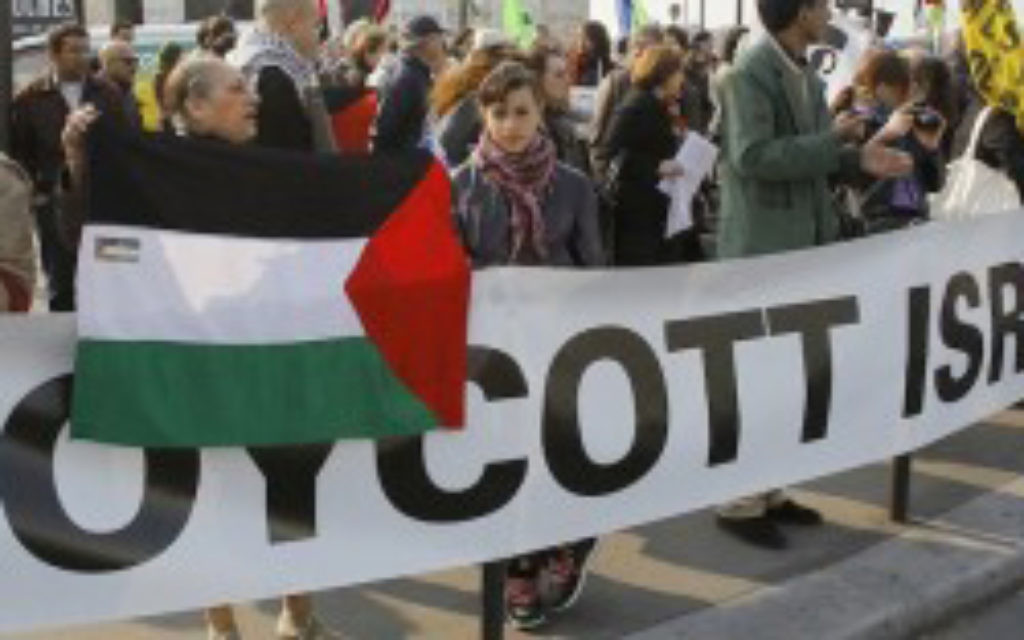 Community leaders have insisted a vote by Labour Party’s governing body to boycott security firm G4S calls into question the party’s commitment to security and opposition to delegitimisation of Israel, writes Justin Cohen.

The national executive committee voted for the proposal last week, following an unscheduled intervention, despite the party’s General Secretary Iain McNicol trying to rule the motion out of order, according to party sources.

The move came on the same day that Shadow Foreign Secretary Hilary Benn insisted the party must take on those who delegitimise Israel, and just weeks after the party made clear its opposition to “general” boycotts of the Jewish state. Supporters of the move insisted it did not constitute a boycott of Israel.

But Labour Friends of Israel parliamentary chairman, Joan Ryan MP, said she would be writing to McNicol to express “deep concern” over a move she claimed “directly contravenes” the party’s long-standing opposition to boycotts.

“I hope it will now be urgently reviewed,” she said. A spokesperson for the Fair Play Campaign group, a joint initiative of the Board of Deputies and the Jewish Leadership Council, attacked the move as “pointless gesture politics”.

A statement said: “The Labour NEC has decided to boycott G4S for providing metal detectors and security guards that protect Israeli civilians from terror attacks. The vote calls into question Labour’s commitment to security and conflicts with Shadow Foreign Secretary Hilary Benn’s strong statements opposing the delegitimisation of Israel. So what is Labour’s policy now? We urge Labour’s General Secretary to ensure G4S is treated fairly and that this boycott is reversed.”

Jewish News understands that around half the NEC’s 33 members had already left the meeting, including Jeremy Corbyn and deputy leader Tom Watson.

And NEC member Alice Perry, a councillor, said: “I wasn’t present for the vote. I had left the room briefly. I didn’t realise there was going to be a vote.”

Although not a formal policy-making body, the NEC is responsible for overseeing the overall direction of the party and the policy-making process, and conference security comes under its governance remit. G4S – which has provided security at the party’s annual conference for more than a decade – said it had yet to receive any “formal clarification” of what the vote will mean.

In a page dedicated to G4S on its website, the Palestine Solidarity Campaign says the company provides services and equipment to checkpoints in the West Bank and for “major Israeli prisons which hold Palestinian political prisoners from occupied Palestinian territory inside Israel”.

It is understood some in the meeting believe the vote was not linked to BDS. While insisting the move was not a boycott of Israel, NEC member Jennie Formby, political director of the Unite union, confirmed to Jewish News the decision was taken “because of concerns this company has acted unethically and has been found in breach of the human rights obligations of the OECD guidelines for multinational companies”.

Claiming that more than half of NEC members were present for the discussion, she said in a statement: “The issue of G4S was raised during an agenda item reviewing the party conference. The Labour Party was founded to advance justice and fairness at home and abroad. Members from across the party had consistently expressed concerns that G4S’ conduct is not consistent with those values.”

But in June, a major investigation into allegations from Lawyers for Palestinian Human Rights about regions in which G4S operates, found no failure “to respect human rights in regards to its operations”.

A report by the UK National Contact Point for the OECD said that, while evidence “establishes there are adverse human rights impacts associated with the facilities and locations referred to in the complaint”, it fails to indicate that G4S staff or equipment “play a direct part in these impacts”.

However, it said the company’s “actions are not consistent with its obligation under the OECD Guidelines to address impacts it is linked to by a business relationship” until it makes these efforts public.

We Believe in Israel director and former NEC member Luke Akehurst said: “I am shocked the NEC would casually pass a motion which both endangers the jobs of members of GMB union that work for G4S and which drives coach and horses through the Labour Party’s long-standing policy against BDS.”

Labour initially said only it did not comment on decisions taken in internal meetings but a spokesperson added yesterday: “G4S has provided services to Labour Conference for a number of years. There is no pre-existing contract for the 2016 conference and decisions about future contracts are continually reviewed.”