A selection of thousands of messages have been projected onto Coventry Cathedral and Jerusalem’s Old City walls to mark the 82nd anniversary of Kristallnacht.

Prime Minister Boris Johnson led UK tributes as part of the ‘Let There Be Light’ campaign organised by March of the Living, which included participants in more than 50 countries.

Kristallnacht – ‘the night of broken glass’ – was a two-day Nazi pogrom starting on 9 November 1938, that led to more than 1,400 synagogues and Jewish properties burned or vandalised in Germany and Austria.

“That night of broken glass led to humanity’s darkest moment”, Boris Johnson wrote in a message that appeared on the cathedral.

“Today we unite against antisemitism, racism and intolerance. We will never let the light go out.”

Places of worship around the world kept their lights on during the night of 9 November, as a symbol of solidarity in the battle against antisemitism,

Messages were projected onto Jerusalem’s Old City walls, with Israel’s Prime Minister Benjamin Netanyahu saying on Kristallnacht, “we remember the night that marked the beginning of the Holocaust”, and President Reuven Rivlin commenting, the “flames of hatred and racism..burn to this day”. 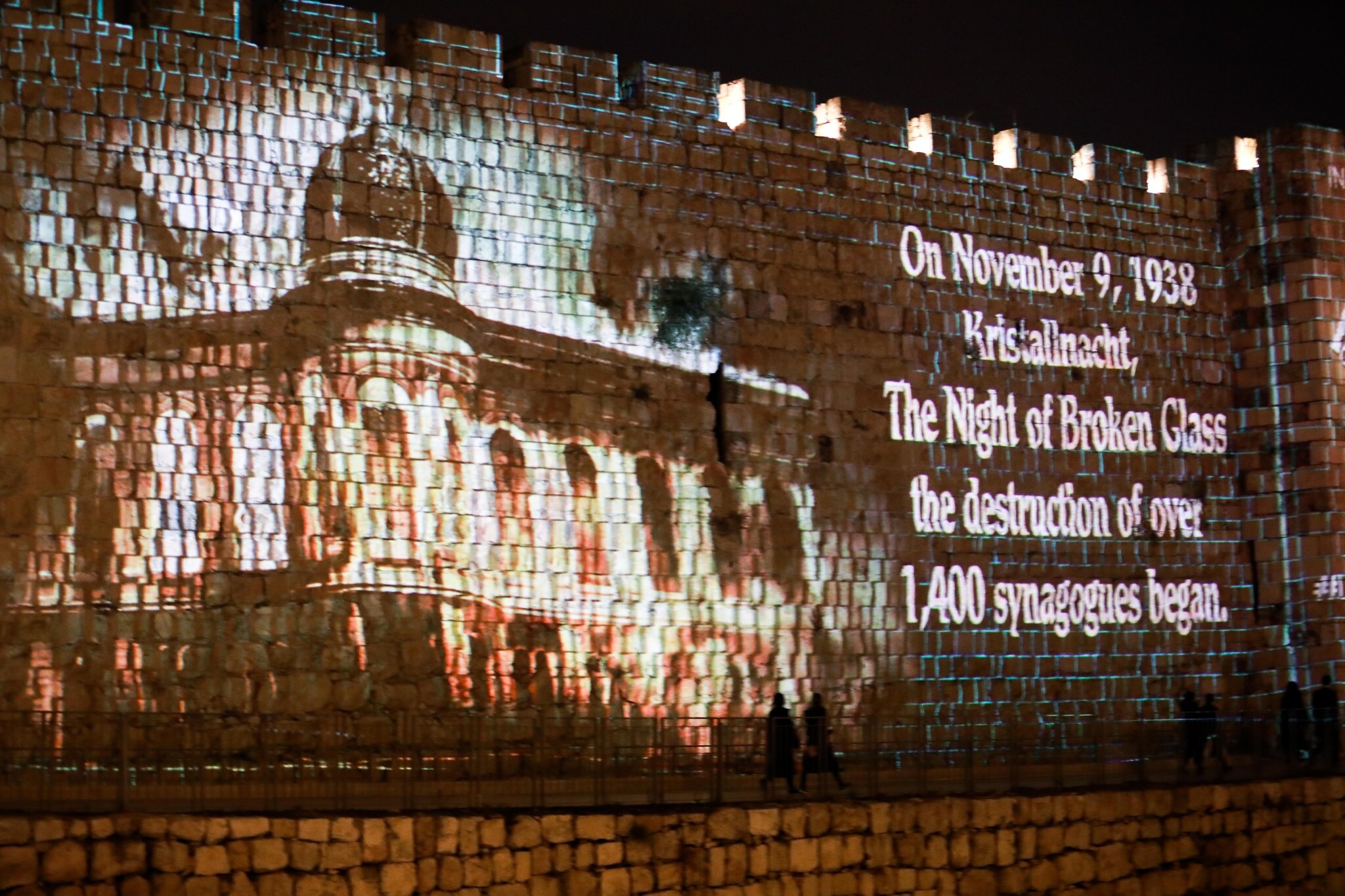 Boris Johnson (March of the Living and Oren Ben Hakoon )

Mayor of London Sadiq Khan said “Kristallnacht was a turning point in one of the darkest chapters of history”, that “must serve as a lesson to the world of the dangers of allowing hatred, racism and prejudice to grow and fester..”

Messages were also displayed from Lord Pickles, the co-chair of the UK Holocaust Memorial Foundation and Catherine McKinnell MP, Co-Chair of the All Party Parliamentary Group Against Antisemitism.

The Very Reverend John Witcombe, The Dean of Coventry, reflected on the significance of the campaign, saying: “On November 14th 1940, Coventry Cathedral was destroyed by fire”, but people responded “not with hatred, nor the urge for revenge, but with a message of reconciliation.” 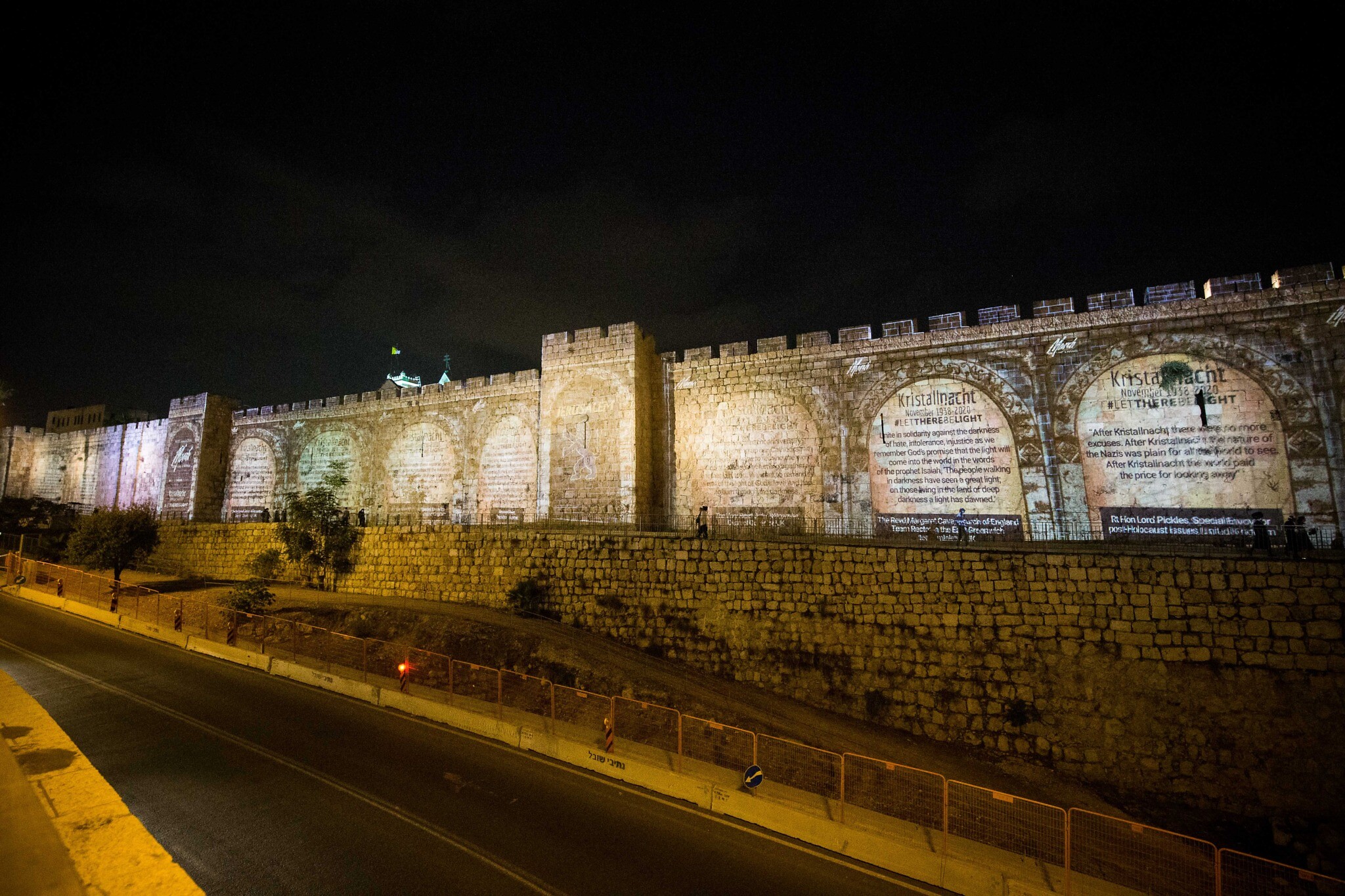 He added that projecting messages for Kristallnacht helps “to remind the world of the catastrophe of turning against one another in hatred.”

Scott Saunders, Founder of March of the Living UK said: “By marking the anniversary of Kristallnacht at Coventry Cathedral, a building that was also targeted by the Nazis in their relentless pursuit of British submission, we remember that for us to defeat hate we must stand together in the face of all and any discrimination.” 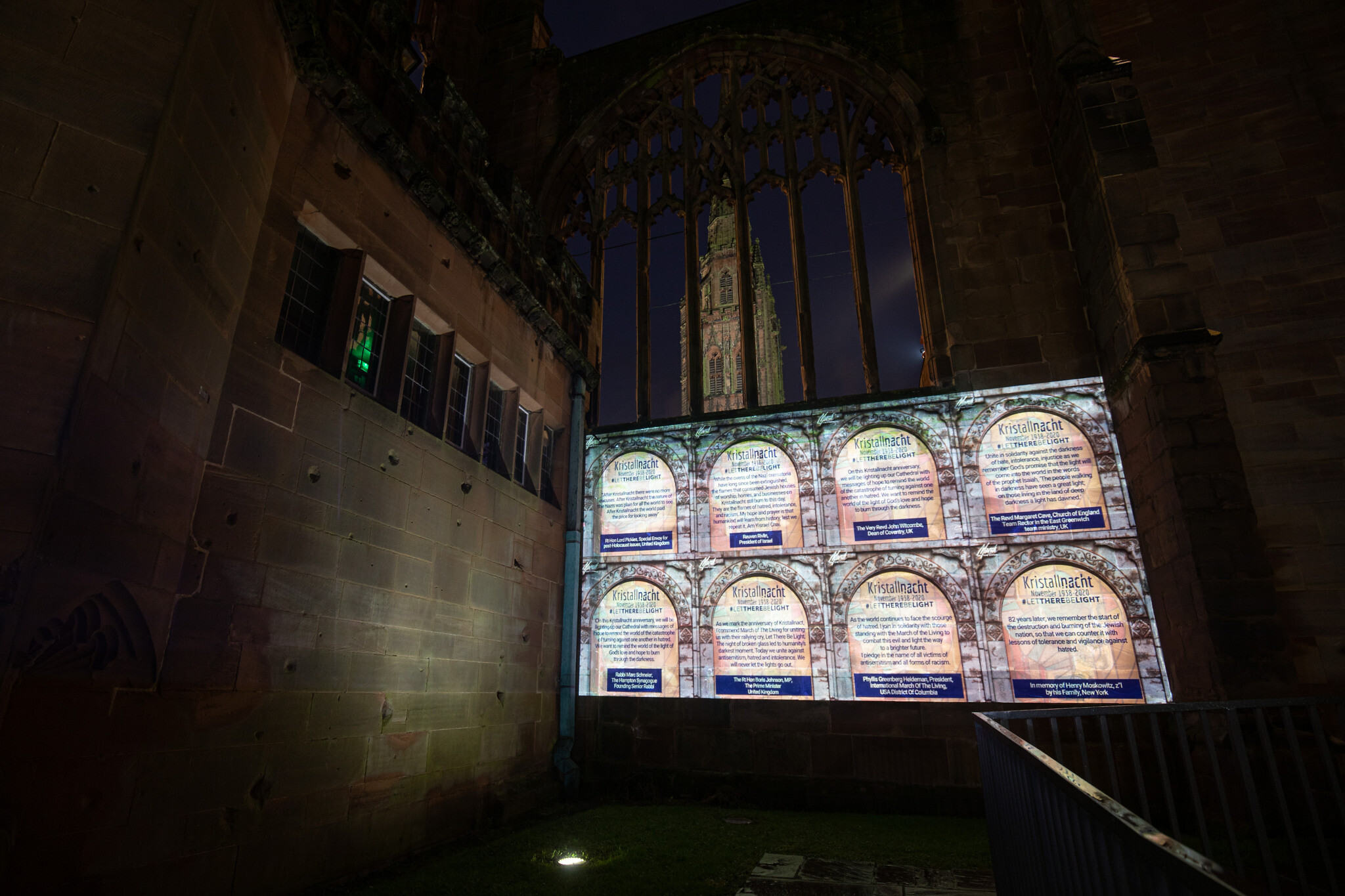 UK-based Holocaust and Kristallnacht survivor, Eve Kugler was seven years old at the time of the pogrom in the German town of Halle, where two years ago the shul was attacked on Yom Kippur.

She said, “In the middle of the night five uniformed SS officers and the local police chief, trashed our apartment and led my father out of our home. The synagogue which my grandfather had established was torched and burned to the ground.”

Reflecting on the attack on the Halle synagogue in 2018, she said “I was absolutely horrified”.

“I felt it was an attack on my own synagogue.”

Meanwhile, during a virtual ceremony held by the Association of Jewish refugees, more than 500 people – including many descendants of refugees from Nazi Germany – remembered the terrible events of 9 November.