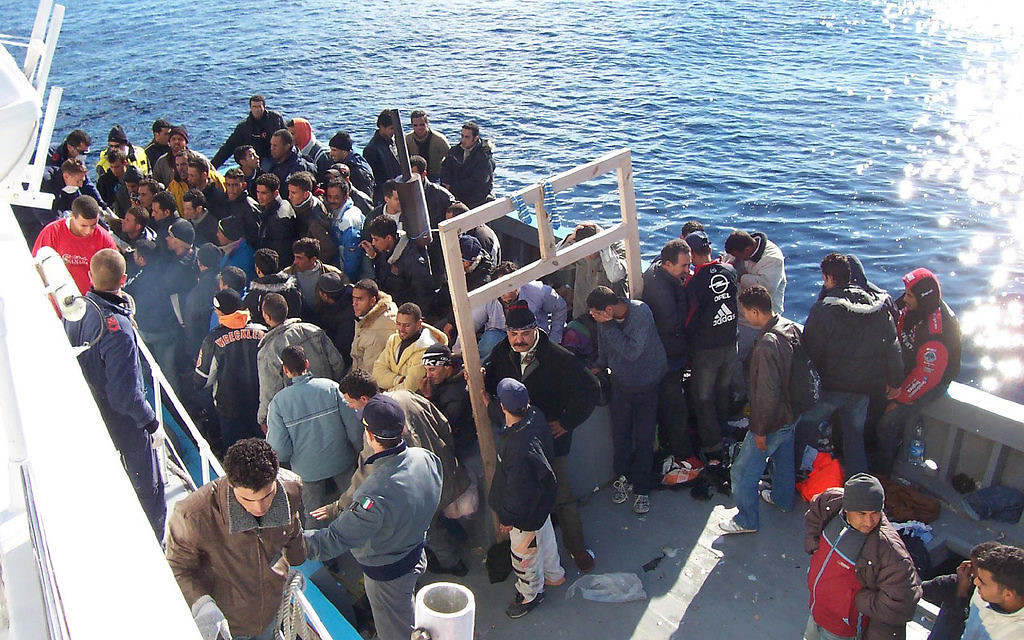 Asylum seekers will be "punished" according to 1,000 faith leaders

In recent weeks, Europe has struggled with an increasing number of migrants crossing the Mediterranean, mostly towards Italian, Greek and Maltan shores.

Different ways to monitor the situation and prevent more migrants from coming have been discussed by EU state members, among them the idea to stop boats leaving Libya by force, or returning thousands of migrants.

The growing number of migrants is not only a challenge for Europe. Israel was facing a similar situation only three years ago, when more than 2,000 asylum seekers were arriving each month.

Since 2005, African asylum seekers reached Israel through the Egyptian border. Most of them came from Sudan – from where they were fleeing the genocide in Darfur – and Eritrea, where they were running from the murderous dictatorship.

Many of them were tortured on their way to Israel. The numbers of new arrivals to Israel decreased dramatically in the second half of 2012, when Israel finished building a fence along the Egypt border. That was also the time when the Knesset passed the Anti-Infiltration Law – making detention a default for all newly arriving asylum-seekers.

At the same time, the European Court of Human Rights annulled an agreement between Italy and Libya, prohibiting the refoulement of migrants coming to Italy on boats from Libya.

All these changes made the Africa-Israel migration route shift back to Africa-Europe again. Among those who arrive in Europe, there are also asylum seekers who left Israel for Africa, and had to try again.

The question is what made those people leave Israel and start a new life-risking journey? There are currently 45,000 African asylum seekers residing in Israel.

Asylum seekers are also being detained and pressured to leave and, if they refuse to do so, they risk indefinite detention. Despite all this, most prefer to stay in Israel, fearing torture, persecution and even death if they return to their home country.

The majority of African asylum seekers in Israel currently live in south Tel Aviv. For the government, this has been the main excuse for the detention policy – “cleaning” the neighbourhoods of the “infiltrators”. But the south Tel Aviv situation could have been avoided.

For many years, there was a default policy to concentrate asylum seekers in the most underprivileged neighbourhoods of Israel’s largest population centre. This was a way of marginalising them by pushing them to the periphery of Israeli society. As Israel’s own State Comptroller said in its 2014 report, “the neglect in South Tel Aviv is so extreme that one may suspect it is intentional”.

The asylum seekers would benefit from having access to healthcare that is also their right as workers in Israel, and the system would also benefit from the money those participants pay into the public system. Employers who employ asylum seekers outside Tel Aviv could be eligible for state tax cuts to help the population disperse and relieve the situation in south Tel Aviv.

The government should also invest more resources into south Tel Aviv itself. The money that has been used to build and run the biggest detention facility for migrants in the world would be better spent improving the conditions and infrastructure in south Tel Aviv for all its residents.

The UN refugee agency reported about a year ago that the number of refugees, asylum-seekers and internally displaced people worldwide has, for the first time in the post-Second World War era, exceeded 50 million people.

Such a high number puts a burden on all nations to find solutions to different crises and also to help those knocking on our doors.

Only a joint effort will solve the problems and only a joint contribution and sustainable solutions will lead to a stable and productive life for those who have spent years fleeing in search of refuge. Both Europe and Israel need to play their part.