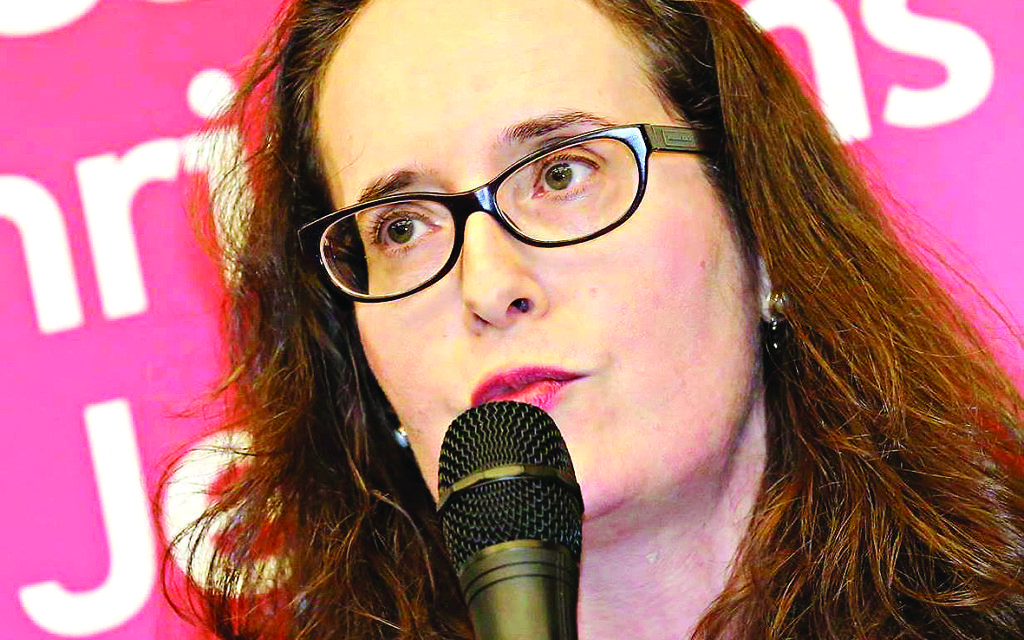 by Elizabeth Harris- Sawczenko, Council of Christians and Jews

It was quite by chance that a few months ago on the eve of Yom Hashoah, I finally grabbed a moment to catch up with TV viewing and sat down to watch the BBC Panorama programme ‘Kill the Christians’.

The parallels between the persecution and wanton violence against Christians, and complete annihilation of entire historic communities at the hands of ISIS in Syria, Iraq and Libya, and the Jewish experience of persecution were obvious. Thousands of Christians are being singled out by violent extremists, simply because they are Christians.

The Pope has described the situation as “a form of genocide” and the Prince of Wales has referred to it as “an indescribable tragedy”.

In fact, Christians are the most widely persecuted minority in the world and Christians face the worst persecution in the Middle East for over 1,000 years, according to a study conducted by the Pew Research Centre.

In a chilling article the Guardian recently highlighted 25 countries in the region where persecution of Christians is common place and widespread, and in another article the Archbishop of Canterbury estimates that in 38 Anglican communities in the region, Christians “fear for their lives every day.” Many thousands of Christians have been killed, while tens of thousands have been displaced. In 1987 1.4 million Christians lived in Iraq. Around 300,000 are estimated to remain today, and almost no Christians remain in the segments of Iraq and Syria controlled by ISIS.

Of course, working at the Council of Christians and Jews, we are acutely aware of this issue and staff had been discussing for some time the most effective way that our organisation could raise awareness of this humanitarian crisis.

But it wasn’t until I heard a first-hand account from a Syrian priest, who not only had been subject to significant violence himself, but also graphically described scenes that could have been taken out of any genocide, that I knew we had to start working on this issue the very next day.

In creating a uniquely Jewish response to the persecution of Christians in the Middle East, we were guided by Rabbi Hillel’s iconic words from Ethics of the Fathers that remind us of the Jewish imperative to take care of others as well as ourselves: “If I am not for myself, who will be for me? If I am only for myself, what am I? And if not now, when?”

We took this Jewish philosophy of social justice to create an educational resource, that is based on Jewish liturgy and relevant Jewish thinkers and which has now been distributed to every rabbi in every denomination to provide the basis for prayer and reflection for Christians in the Middle East, during this month and beyond.

In this way, CCJ is bringing Christian and Jewish communities together, around another key issue of concern to both communities, to raise awareness and show solidarity. The Archbishop of Canterbury has reflected that the initiative ”galvanises the Jewish community to use their current and historical experience of persecution as a catalyst for a compassionate and prayerful response to Christians facing persecution in the Middle East”.

‘If Not Now When’ is bringing our community together to amplify our voice on this human tragedy, in a manner that is relevant to us and in the way that we have responded to tragedy for thousands of years: through prayer and reflection. We are acknowledging the suffering of the other at a critical moment. We hope the initiative will become a springboard for greater engagement with Christian and other communities, and that we will continue to reach out to others, learn more about the issues affecting the lives of our neighbours and crucially get involved.

Every day, more innocent lives are being lost. So we need to ask, if not now, when?