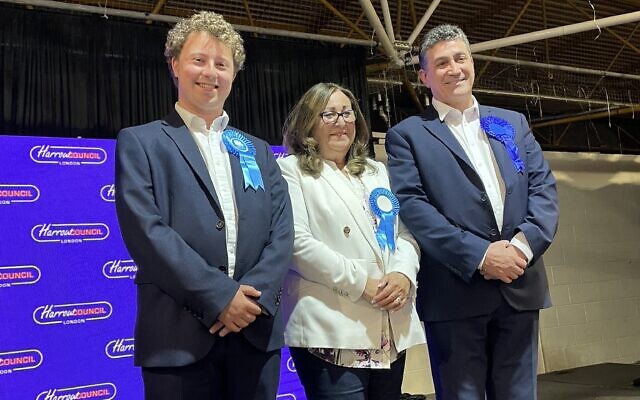 Newly elected Harrow Conservatives councillor Zak Wagman has said support from the large Jewish community in Stanmore “played a part” in his local election victory – but he insisted a good reputation was the decisive factor.

Wagman’s success in the Stanmore ward was part of a memorable night for the local group, who won 31 out of the 55 seats contested, giving them control of the council.

A former Haberdashers’ school pupil, Wagman had also featured in the Jewish News Twenty-Five Under 25 list, back in 2015.

Speaking after his local election victory he told Jewish News: “If I’m honest, I hope people elected me on what I was standing for, rather than just because I was Jewish.

“Obviously Stanmore has a big Jewish community. It’s where I’ve always gone to shul, where my grandparents go and where my parents were married.

“Me and the other Stanmore councillors, we also all live here. It is also being part of the wider community.

“We are known thoughout the community, and I think that’s why we were returned with such big majorities.”

Wagman, 23, said the Harrow Tories were helped by what he said were “a lot of mistakes” made by the previous Labour-run council.

“That definitely played a part,” he said. “I some wards, where we previously had one or two councillors, we now have all three.”

He said he could not explain why Harrow Tories had proved to be more popular with voters this time than the local party had in neighbouring Barnet, although he citied the “hard-work” carried out by his colleagues in the borough ahead of the May 5 vote.

“He is  very, very popular,” Wagman said of the MP. “It’s like walking around with the Queen.”

Wagman added:”I’ve known Bob for some time, he is really big in the community, and community is important to me.”