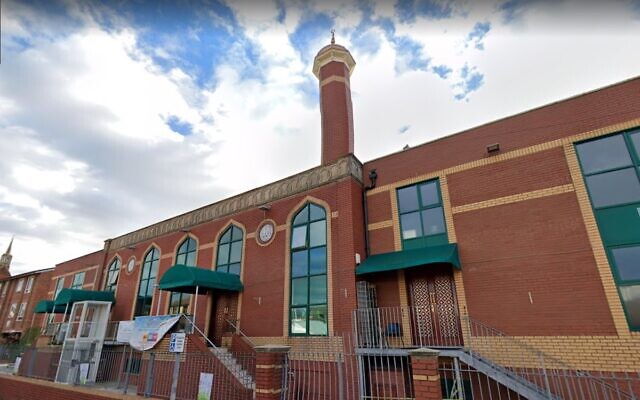 Fourteen rabbis have sent a letter of solidarity to Ilford Islamic Centre, after Muslim worshippers were pelted with eggs while attending prayers this week.

Police launched an investigation after receiving a report of racially aggravated criminal damage at around 11pm on Tuesday evening at a mosque in Albert Road, Ilford.

Worshippers were reportedly pelted with eggs, as local politicians condemned the incident as a “disgraceful act of hatred and violence” that has “no place” in the community.

The Federation of Redbridge Muslim Organisations (FORMO) tweeted that five people were hit, but none injured. The Muslim community is observing the holy month of Ramadan, which ends next week.

The rabbis say they hope the perpetrators will be caught and that Muslims “will not be discouraged from going about their lawful practice of their religion and worship unhindered.”

Saying Redbridge’s religious communities “coexist in harmony and mutual respect for one another and for the rule of law”, they said nobody “should have to fear attack simply for attending a place of worship. There can be zero tolerance for any hatred of this kind.”

Ahmed Nahwaz, director and secretary of the centre, said: “I was caught by surprise because leading up to this we had a very quiet and peaceful 20-odd nights. 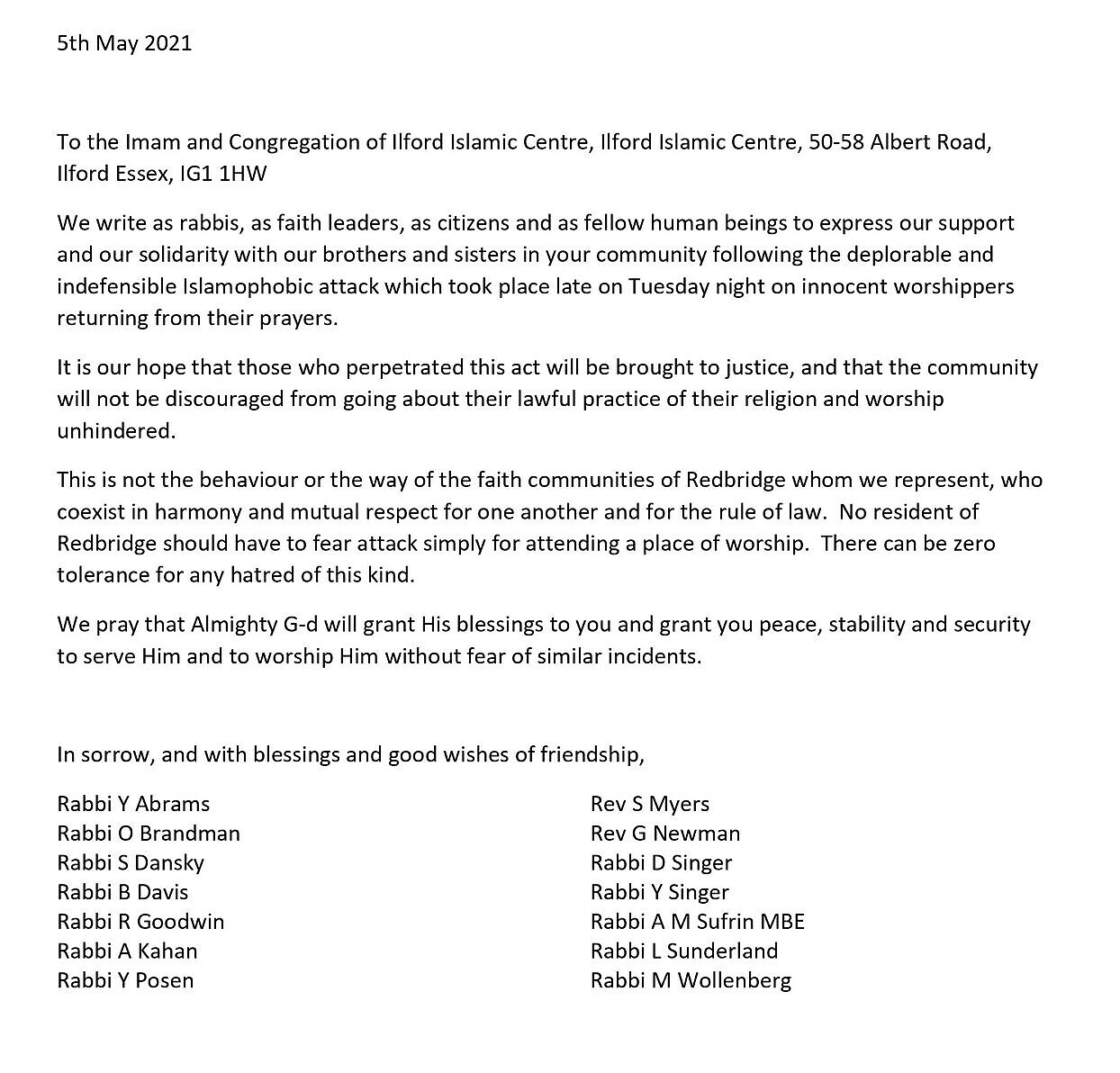 Letter signed by 14 rabbis to the Ilford Islamic centre

“We’re a strong community and we take it on the chin. It makes us weary rather than fearful.”

No arrests have been mate according to the Met.

Sam Tarry, Labour MP for Ilford South, said: “I am shocked and saddened to hear of this Islamophobic attack against Ilford Mosque. These disgraceful acts of violence and hatred have no place in Ilford, and I hope that the perpetrators face justice as soon as possible.”

Jas Athwal, Labour leader of Redbridge Council, echoed Tarry saying: “Racist incidents like this have no place in our borough”.

Detective Chief Superintendent Stephen Clayman said: “Incidents like this will not be tolerated and my officers will be undertaking enhanced patrols in the area to provide reassurance.”

Anyone with information about this incident is asked to call police on 101.