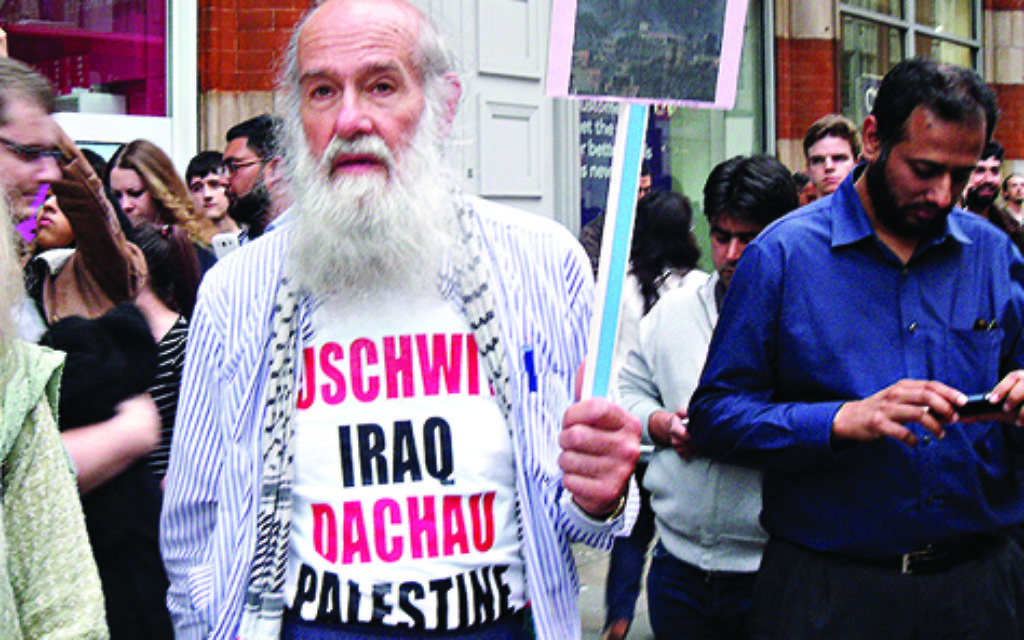 The conflict in the Gaza Strip spilled onto the streets of London this week, as security chiefs warned of an anti-Semitic backlash in the wake of Israeli air strikes on Gaza.

Protestors in Kensington on Friday

The Community Security Trust (CST), has registered 47 incidents – 30 related to the conflict – in the last two weeks, which according to a spokesman is “almost double what would be expected”.

The CST’s Mark Gardner warned: “The anger risks getting out of hand. We are already seeing examples of intimidation and anti-Semitic abuse from groups of demonstrators.”

He also warned that the protesters’ actions may inflame the situation. “There’s no excuse for this behaviour, but it comes as no surprise,” he said. “The organisers, whether Islamists or their far-left allies, are playing with fire.”

The warning comes as Naomi Fenton, 57, of South Woodford, revealed how she was surrounded and harangued by dozens of anti-Israel activists in Oxford Street on Tuesday evening, one of whom snatched her phone.

“I shouted at them to stop firing rockets at my daughter,” the Zionist Federation member said. “All of a sudden a group of up to 50 of them broke away from the main march and surrounded me, shouting ‘Free Palestine’.”

With stewards and police present, Fenton said she began filming events. “One man wearing a keffiyeh [Palestinian headdress] wrapped around his face grabbed my phone and only returned it when a steward got involved. I ended up running into a nearby River Island in floods of tears, where a young Muslim man helped me.”

Elsewhere, a swastika was daubed in blue paint on a private property in Shirehall Park in Hendon, which police said they were investigating.

Gardner said: “There is no excuse for this but it comes as no surprise. Whether Islamist groups or their far-left allies, the organisers are playing with fire.”

He added: “We are also aware of another group that went from the demonstration on Tuesday to St Johns Wood, perhaps, 400 strong. There was at least one case of direct anti-Semitic abuse against a Jewish resident in this area.”

A swastika daubed on a house in Hendon

Further north, in Glasgow, members of a pro-Palestinian demonstration were heard shouting “f****** kill the Jews”. Police confirmed they were investigating.

The situation in the UK was even more grave across European and US cities, with sizeable protests in Paris and Berlin both turning violent.

In the German capital, 10 protesters were arrested after throwing rocks at police during a rally of more than 1,000 demonstrators, while in France, 100 people needed rescuing after a firebomb was thrown at a synagogue near Paris on Friday night.

No one was hurt in the attack, which resulted only in light damage, but on the same day a Jewish-owned shop was reportedly ransacked by a 50 strong mob armed with iron bars, while days earlier a Jewish teenage girl was attacked with pepper spray.

“Here in Britain, it is less severe, but the situation remains highly volatile,” said Gardner.

“It is understandable that Jews, Muslims and others have strong opinions, but it is neither inevitable nor excusable to express strong feelings by attacking Jews or by using anti-Semitic language.”

He added: “We call on everyone to use their influence to put a stop to this growing escalation before it becomes even more threatening.”

Online, the sick Twitter hashtag #Hitlerwasright has been shared thousands of times.