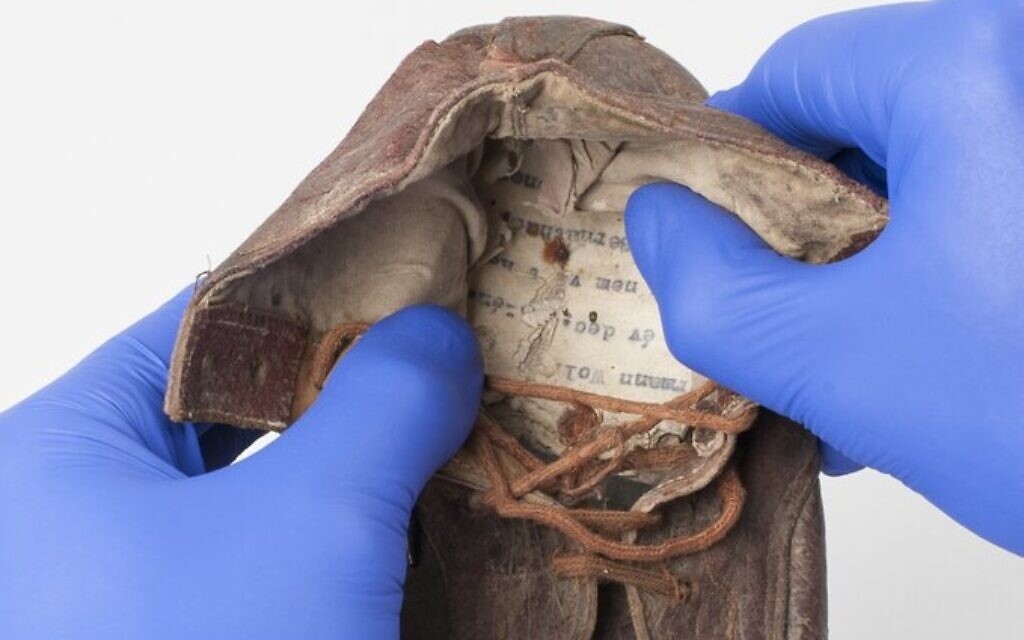 Auschwitz Museum has unveiled an incredible discovery found while staff were cleaning out an exhibit – inscriptions and documents hidden in inmate’s shoes.

In one particularly poignant example there is a handwritten inscription, which is still legible, showing that the footwear belonged to Amos Steinberg, who was born in Prague on 26 June 1938.

Shortly after his fourth birthday, Amos was taken to Theresienstadt, just outside Prague, and then in October 1944, aged six, he became one of the 46,000 Jews deported from Theresienstadt to Auschwitz, together with his parents Ludvik and Ida.

As well as the young boy’s full name, the inscription shows the mark of the transport and the registration number on the transport list.

“It is likely that both his parents were murdered in the gas chamber after selection,” said Hanna Kubik from the Museum Collections.

“We may presume that Ida was most likely the one who ensured that her child’s shoe was signed. The father was deported in another transport. We know that he was transferred from Auschwitz to Dachau on 10 October 1944. He was liberated in the Kaufering sub-camp.”

A touching #discovery was made during conservation of shoes of child victims of the German Nazi #Auschwitz camp: a handwritten inscription with the name of Amos Steinberg deported from #Theresienstadt Ghetto with his mother & documents in Hungarian: https://t.co/lByKFNXfVc pic.twitter.com/EK3zoYtTYj

Of the 46,000 Jews from Theresienstadt, 18,000 were placed in a family camp in a section of Auschwitz-Birkenau, and it is believed that Amos and his family were among them.

Kubik said it was not the first time the museum had come across documents in shoes, but these have been “mainly newspapers” inserted for extra insulation.

However, he said: “This find is precious and interesting because the documents have been preserved in good condition and they contain dates, names of the persons concerned and handwritten captions. They date back to 1941 and 1942. 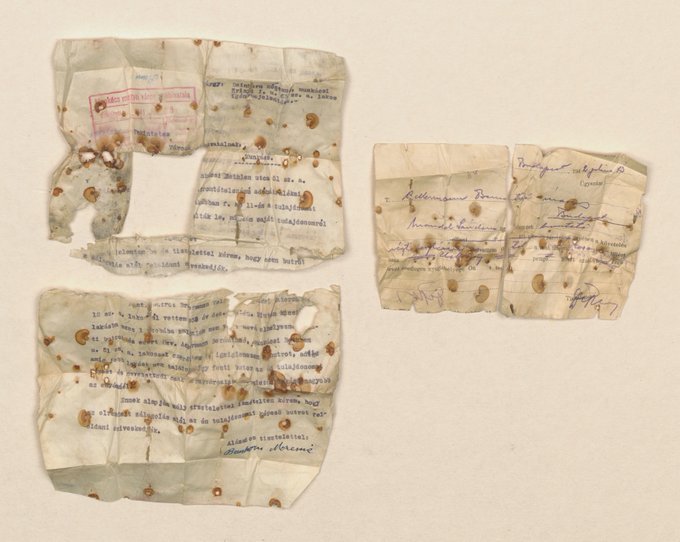 “The documents belonged to people probably living in Munkacs and Budapest. ‘Some of them are official documents, a fragment of a brochure and a piece of paper with a name. The names Ackermann, Brávermann and Beinhorn appear in the find.

“They were probably deported to Auschwitz in the spring or summer of 1944 during the extermination of Hungarian Jews. I hope that more in-depth research will allow us to determine the details of the individuals.”

The discovered documents will now be preserved and sent to the central collection along with the shoe.