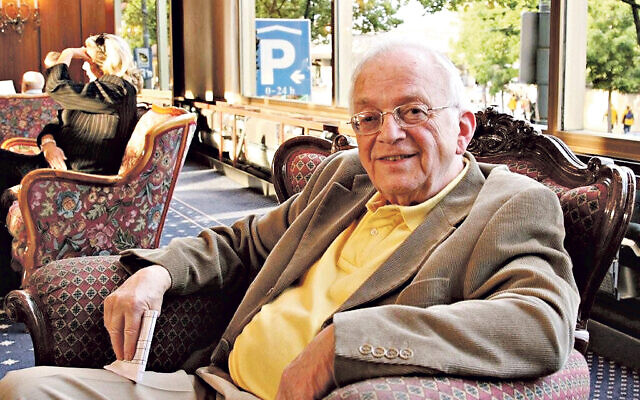 The centenarian who led a remarkable life evading capture and surviving Auschwitz, was remembered as having “perpetual smile” and dedicating his life after the Shoah to helping others.

Karen Pollock, Chief Executive, Holocaust Educational Trust said: “Despite everything that he endured, Freddie was one of the most positive people any of us could hope to meet. He always had a joke and a smile, and he lit up the room. Charisma does not even come close to describe his electric personality.”

She paid respects to him, saying he dedicated “his life to ensuring that the world would know what happened during the Holocaust, and was awarded a BEM in recognition of his services. He told his story in two books and a highly acclaimed TV documentary.

“In 2017 he accompanied HRH The Prince of Wales and Duchess of Cornwall on their visit to Vienna, and shared his memories of his birthplace, leaving a huge impression on them both. Freddie will be sorely missed and our thoughts are with his wife Freda who he was absolutely devoted to, and his daughters Susie and Marcia and all the family. May his memory be a blessing.

Olivia Marks-Woldman, Chief Executive of Holocaust Memorial Day Trust, said: “Life feels a little bit greyer with the passing of Freddie Knoller. His smile was infectious, and ever-present: cheeky, flirtatious and warm, Freddie charmed everyone he met. His extraordinary experiences during the Holocaust were shared with simply hundreds of thousands of people; his impact has been deep indeed.

“I remember him speaking in Pinner Synagogue a few years ago; on his feet for the full presentation and continuing for lengthy and thoughtful questioning. When the chair suggested it was time to wrap up, Freddie told us he had enough energy to go on from the shul and go dancing. This is how I shall remember Freddie, full of jokes and smiles despite the appalling horrors of his past. Our deepest sympathies from all of us at Holocaust Memorial Day Trust to his family. We’ll miss you, Freddie, and thank you.”

He also committed many years to the Association of Jewish Refugees’ social welfare projects, sending packages of support to other survivors and other refugees in need.

“He was also always keen to ask how he could help us. An abiding memory is of him addressing the audience at the Kristallnacht commemoration at Westminster Abbey in 2018 and I will always greatly treasure the signed copy of his memoirs, Desperate Journey, through which I first encountered his remarkable story, not only of survival but also of resilience and humanity.  It is poignant that his funeral takes place on Holocaust Memorial Day when the world gathers to remember and honour those who experienced Nazi oppression.

Knoller, who died just a few months short of his 101st birthday, regularly spoke in schools about his experiences fleeing Austria, life in occupied Belgium and France, and his deportation to Auschwitz. 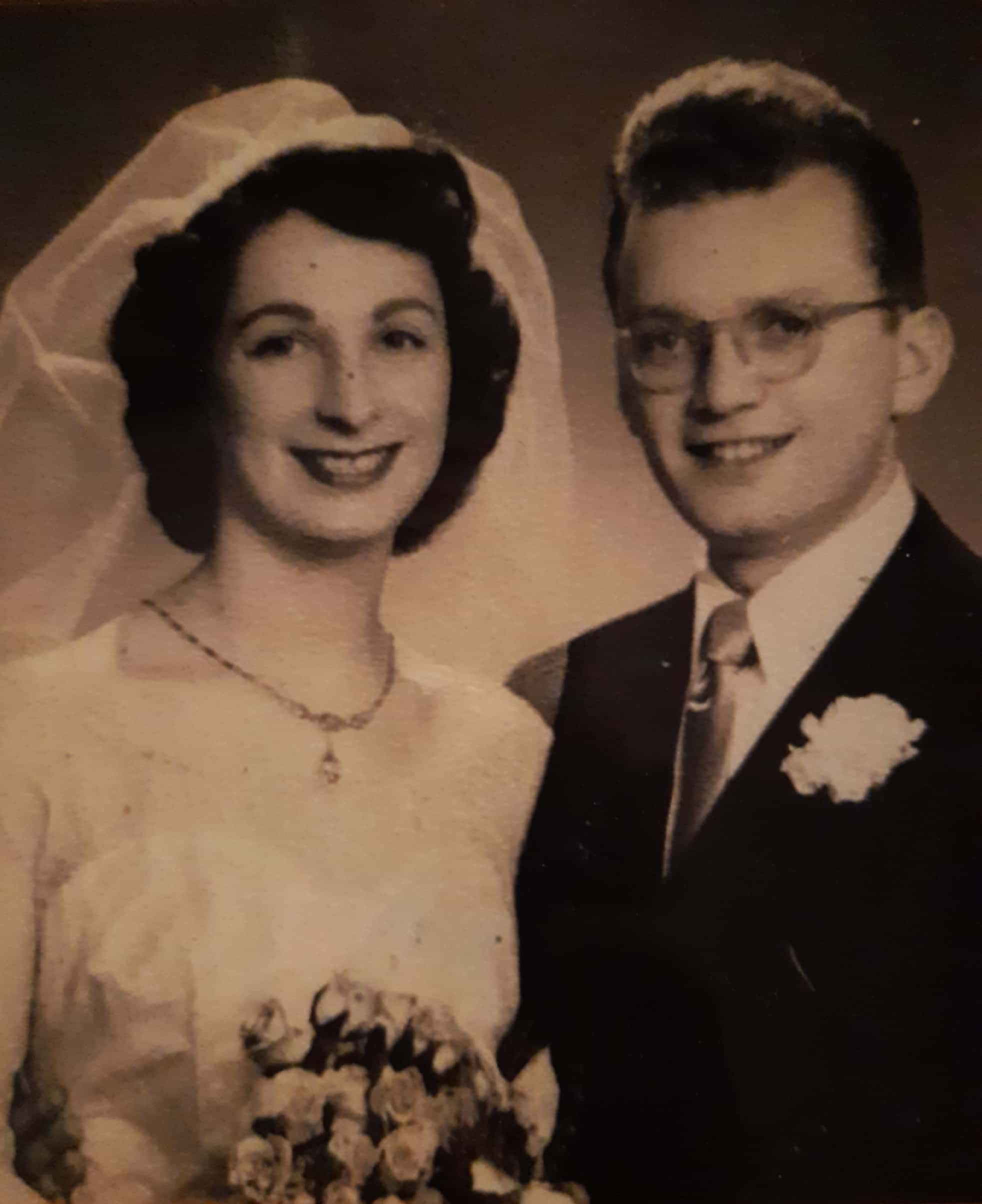 Freddie and Freda on their wedding day, New Year’s Eve 1950

Saying he will be “greatly missed but forever fondly remembered” AJR sent condolences to his wife Freda and all his family.

Freddie was born in Vienna, Austria, in April 1921 and escaped the Nazis by fleeing to Belgium.

He was interned in a refugee camp until 1940, before being arrested on the French-Belgium border. He then escaped prison, obtained false ID papers, and started living life as a Frenchman working in Paris – while fighting with the Resistance.

He was eventually being betrayed by a French girlfriend and arrested again, but refused to reveal information about the resistance.

Freddie admitted to being Jewish and was sent to the Drancy Transit Camp near Paris, before being deported to Auschwitz where he carried 25kg cement bags and survived due to his friendship with a doctor imprisoned at the camp, who helped him by sharing extra food. 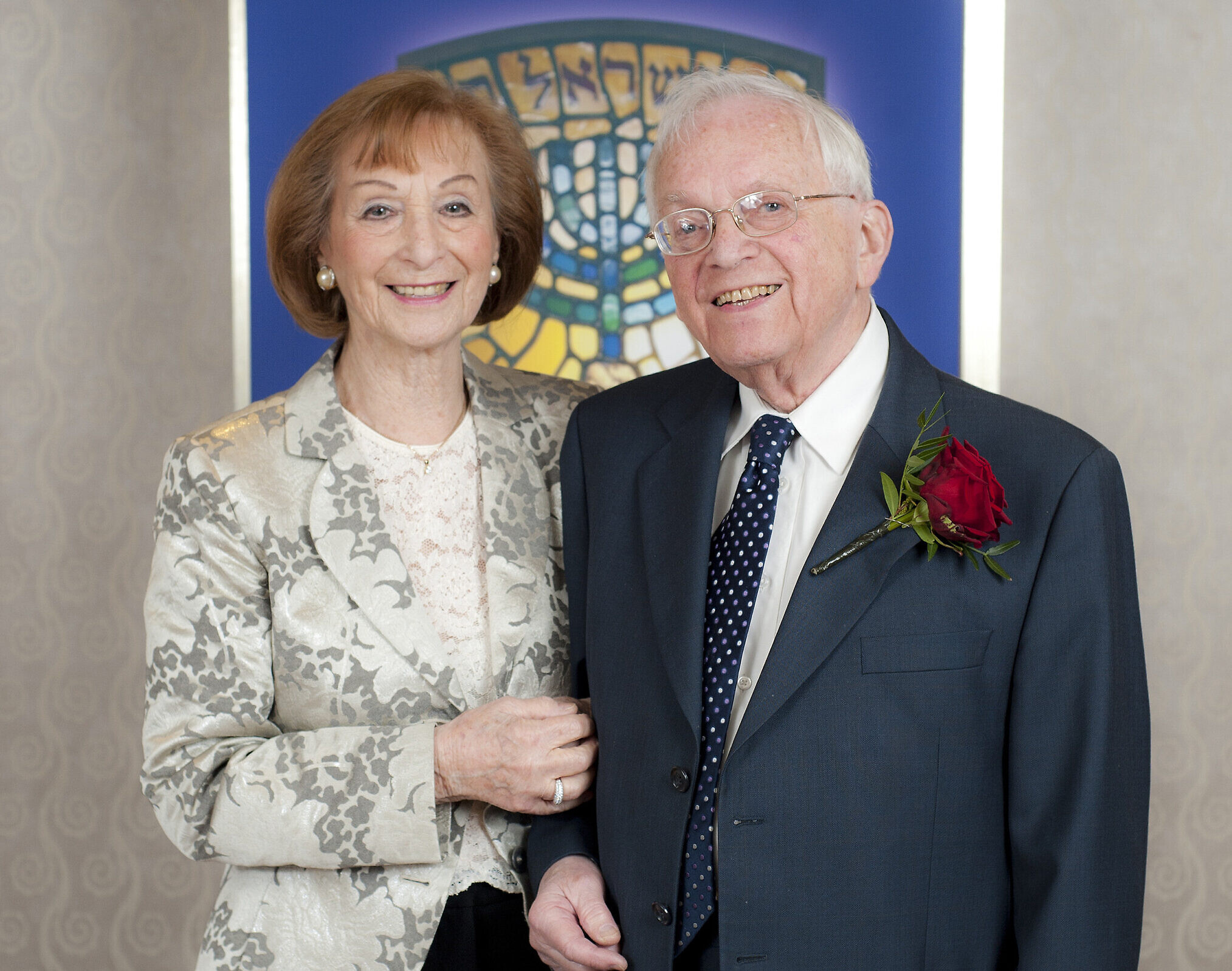 He went on the Death March and was finally taken by cattle truck to Bergen Belsen before being liberated by the British Army in March 1945.

From there he made his way as a refugee to meet his family in America, where he met and married wife Freda on New Year’s Eve, 1950 at a rabbi’s house in Maryland.

The couple moved back to England in 1952 after two years of marriage, as Freda, who is from the UK, was homesick. 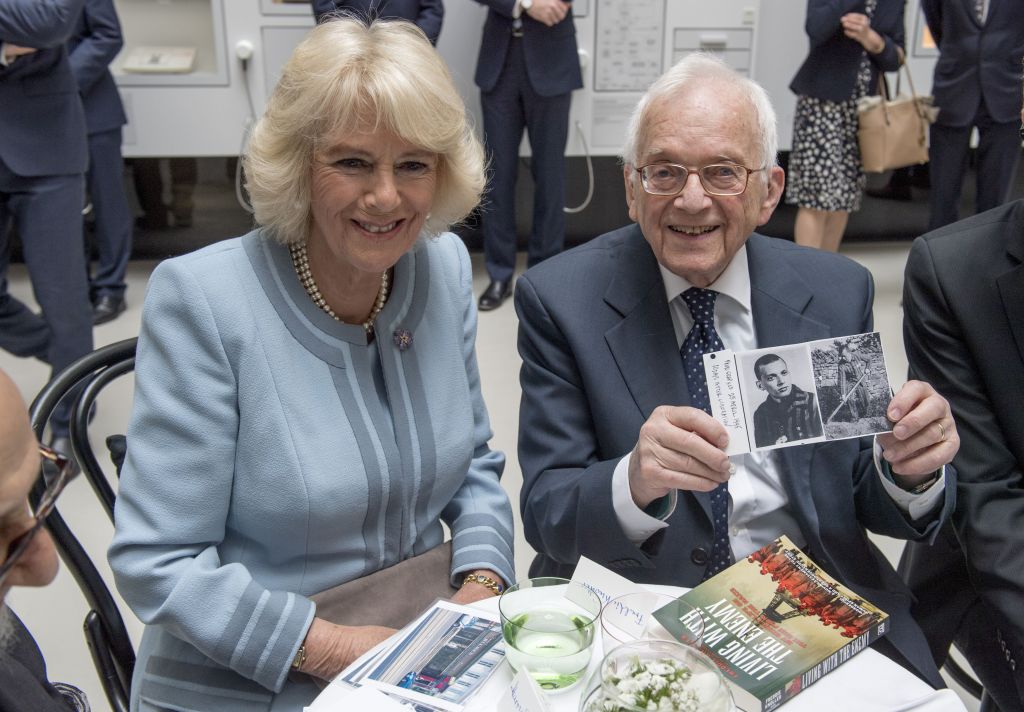 Auschwitz survivor Freddie Knoller speaks to the Duchess of Cornwall during her visit to The Jewish Museum in Vienna, Austria on the ninth day of the Prince of Wales’s European tour. Photo credit should read: Arthur Edwards/The Sun/PA Wire