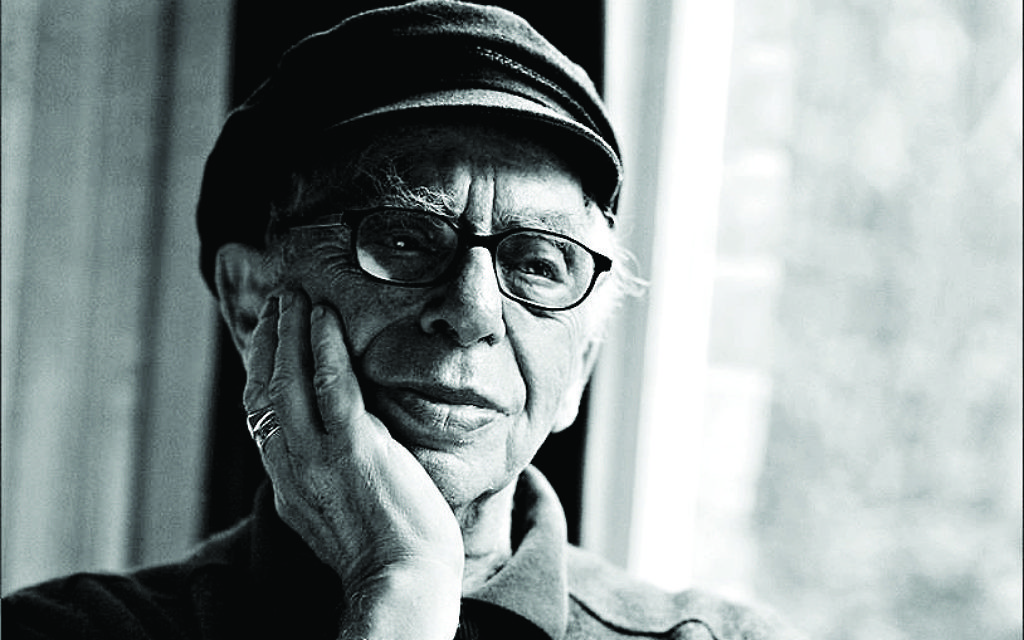 The great thing about being an artist is that you can continue working until you drop down dead,” says Bernard Kops.

The ever-energetic poet, playwright and novelist turns 90 this month and shows no signs of slowing down – a new book of poetry is set for publication next year, while a new documentary about his life and work will be shown at the Jewish Museum in celebration of his milestone.

East End-born Kops has spent his life dedicated to two things – his writing, which includes more than 40 plays for television, stage and radio, nine novels and two autobiographies – and his wife of 62 years, Erica, who joins us at their basement flat in Canfield Gardens, West Hampstead.

Kops can still be found writing away at his desk every morning, where he also wrote the play that launched him to recognition, The Hamlet of Stepney Green, which inspired the title of Jill Campbell’s documentary.

The Hamlet of Canfield Gardens combines vérité footage with traditional Jewish songs and Kops’ poetry, providing a whimsical view into the psyche of this prolific writer.

With four children, six grandchildren and two great-grandchildren, Kops admits he and his wife enjoy lives that are never quiet or dull.

He explains: “I’ve been so busy and I’ve survived and in a sense we don’t live a quiet life. There is a great temptation to sit on the settee and have a shluf, but in fact it just brings your old age closer, so we walk a lot.  I always say walking and working are the two main factors.”

The couple are joined by their cat and their home is filled with their son Adam’s sculptures, family photos adorn the walls and then, set apart on a mezzanine is Bernard’s desk, papers in neat piles and posters on the walls with a clear view of their garden. He continues to find inspiration more and more intertwined with Jewish themes.

“The poems come to me, I don’t go to them. I see something happening and the poem immediately comes out. I sometimes cry as I’m writing a poem. I feel tears coming into my eyes, maybe the years of life have drowned me.”

But Erica wryly interjects: “You’re not an unhappy man, that’s the whole irony.”

Kops, whose parents were Dutch-Jewish immigrants attributes his longevity to a mixture of genetics and luck. He was brought up in Stepney Green, along with his seven siblings and parents, all of whom followed traditional careers as machinists or tailors, but the budding writer knew from an early age that he was different.

“I’m luckily very strong, which is a strange thing because we were starving as kids. We lived on vegetable soups – it was pea soup that kept us alive. All my sisters and brothers have lived and are living well into their 90s.”

But he says his relationship with his siblings was at times strained: “My brothers told me that I should be ashamed of myself for not holding down a job and they thought I was useless, but I was driven by something different.”

With the Second World War came evacuation and, never one to conform, Kops escaped from the safety of the countryside, near Uxbridge, where he and his younger sister had been sent and journeyed home, arriving in the middle of the Blitz. He lied to his shocked parents that his school had been bombed and despite being just 13, they believed him.

A brief stint as an actor followed and as a self-proclaimed bohemian he later frequented Soho, where he wrote and fell heavily into drugs.

“Soho became my home of joy and freedom. I needed otherness to be somewhere for my writing where I could be free of all the things that were going on in the world.”

It wasn’t until he had a breakdown and met Erica that he was able to stop his habit. He  says: “Erica gave me something definite. She is my discrete side, she’s educated and intellectual.”

The Kops ran a small second-hand book stall off Cambridge Circus, where he wrote his first novel, which Leonard, husband of author Virginia Woolf wanted to publish, but Kops refused (“I cared only about writing, being with Erica and having a family”).

The writing never ceased. He wrote plays, including the theatrically ground-breaking, The Hamlet of Stepney Green (1957) and Enter Solly Gold (1962), all the while avidly writing poetry.

As our time comes to an end, Kops notices a flower blossoming in his garden and beckons Erica to witness it. A tear wells in his eye and one wonders what inspiration this moment has stirred in a man who will perhaps never cease to express beauty through words.