Boris Johnson has called for “swift” action by the BBC to set out what action it plans to take over its report into the antisemitic Chanukah bus incident in Oxford Street.

A spokesperson for the Prime Minister – who is facing calls to resign after admitting he attended a lockdown drinks party – confirmed that he agrees Culture Secretary Nadine Dorries was “right” to send a letter to BBC Director General Tim Davie on the issue last week.

At a briefing for lobby journalists on Wednesday, Johnson’s spokesperson said he “agrees with the Culture Secretary that the BBC should move forward swiftly to set out what action they plan to take.

“We look forward to that happening in good time.”

The PM’s words came after he had been put under intense pressure from Labour leader Keir Starmer and a succession of MPs to announce his resignation over his presence at the May 20, 2020 drinks event.

Speaking at PMQs, Johnson offered a “heartfelt apology” but said he had believed it to be a work event. 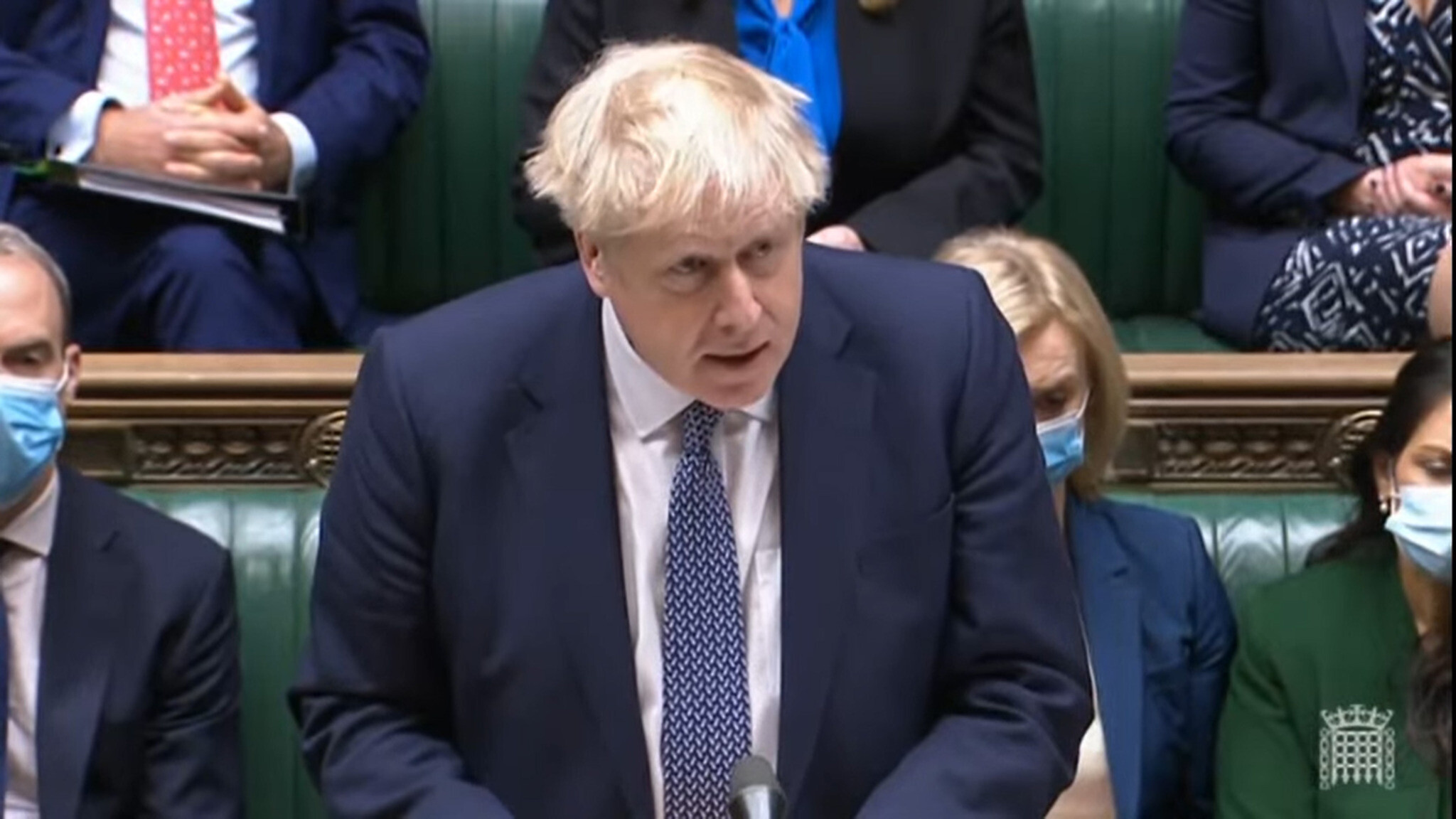 One question put to him in the Commons was from Tory MP Philip Hollobone, a long-term critic of the BBC, who has previously called for a ban on burkahs, and a return of the death penalty.

The Kettering MP asked the PM for support for the second reading of backbench Bill to scrap the licence fee, and he spoke up for those who believed the BBC was “institutionally biased.”

Johnson responded by saying he had the “highest respect” for Hollobone’s “media judgement” – but he then added the corporation was “a great national institution.”

In her letter to Davie the Culture Secretary had said:”“The scenes on the bus were obviously distressing not only for those involved but also the wider Jewish community.

“I’m aware the police are investigating the incident and therefore this may have affected how you have approached addressing the concerns but clearly the BBC’s coverage of 29 November is a particularly sensitive issue.

“Whilst it would obviously be inappropriate for the Government to take a view on the details of the case, as the BBC is editorially and operationally independent, and responsibility for regulation sits with Ofcom, I would like to understand the actions the BBC has taken so far in response to the concerns raised by the Board of Deputies and how you intend to resolve the issue in a suitably timely manner.

“You will know my concerns about the speed of the process which I asked officials to communicate to the BBC.”

On Tuesday, a Lords Committee questioned Davie and other senior BBC figures on the topic of “impartiality” at the channel.

David Jordan, the BBC’s director of editorial policy, said the broadcaster should “represent all points of view” and wanted to see a belief in impartiality triumph over identity.

“We are very committed to ensuring that viewpoints are heard from all different sorts of perspectives and we don’t subscribe to the ‘cancel culture’ that some groups would put forward,” he said.

Davie said he was aware of staff concerns that the focus on impartiality could leave BBC journalists reluctant to take risks and make bold editorial decisions.
Dorries intervention comes ahead of a meeting this month between Mr Davie and the Board of Deputies later this month.

Jewish News revealed this week that the Board were prepared to take the issue to Ofcom, if the BBC did not apologise for a December 2 report published on its website.

The same claim, that a passenger at used an anti Muslim ‘slur’, was also broadcast by BBC London

An expert commissioned by the Board concluded the passenger had used Hebrew words, so could not have uttered the reported slur.

But the BBC say “a number of Hebrew speakers” have confirmed their reporting of the slur is accurate.

Jewish News understands that the Board’s executive committee met this week to discuss issues around the communal group’s involvement in the row.