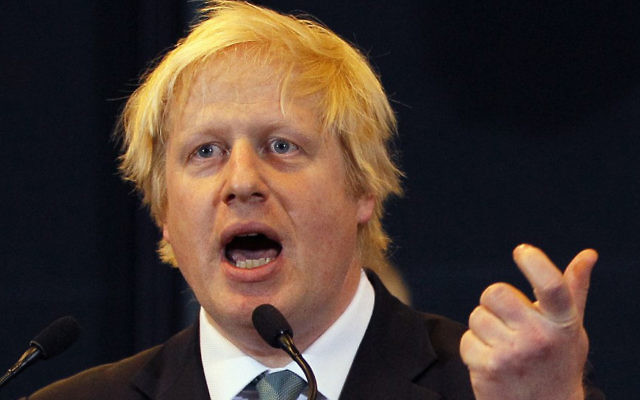 The Labour Party has become infected by a “virus of anti-Semitism”, London mayor Boris Johnson has claimed in the wake of the suspension of Ken Livingstone.

“There is plainly some sort of virus of anti-Semitism within the Labour Party that needs to be addressed,” he told LBC radio.

“There is an ideological continuum between Ken Livingstone about Israel and the position of Jeremy Corbyn and indeed the views of their candidate for London mayor, Sadiq Khan.

“They are now basically captured by the old Livingstonian mafia, the machine, the London Labour Party- that’s who’s running the Labour Party now. That’s what the Corbynistas are.

“The reality is that they have some pretty tough views about Israel and if you listen to some of the things that are being said about Israel and what should happen to Israel, in my view, it shades into anti-Semitism.”

Although Mr Khan was among the first Labour MPs to call for Mr Livingstone to be suspended, Mr Johnson insisted that he remained close to his wing of the party.

“I think it was very prudent of the Labour Party candidate to do that,” he said. “I certainly think it was politically expedient for him to do that.”

He added: “Sadiq Khan is heavily associated with Ken Livingstone … Sadiq Khan emanated from the bowels of the Corbynista movement.”

“Sadiq has led the criticism of the Labour Party leadership for failing to take proper action to root out anti-Semitism,” the spokesman said.

“Sadiq has consistently spoken out against anti-Semitism and finds Ken Livingstone’s comments appalling and indefensible.

“He thinks it’s right that Ken Livingstone has been suspended – a course of action he called for.”