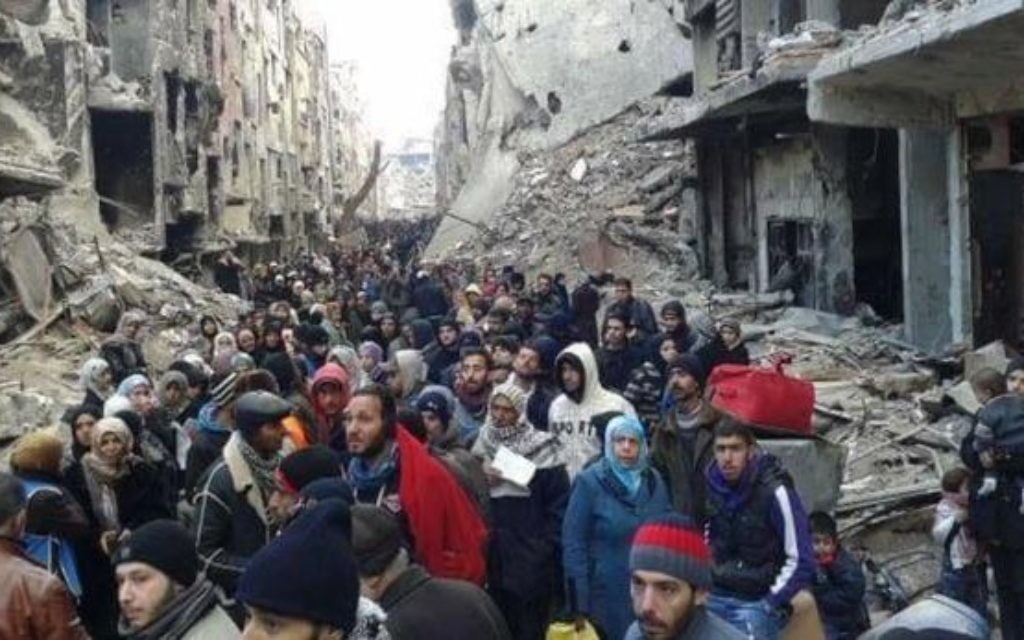 Ban Ki-moon told reporters that "a refugee camp is beginning to resemble a death camp" for its estimated 18,000 residents.

These are people who take to the streets to march and holler whenever an Israeli warplane leaves its hangar, yet who say next to nothing about the militarism of France, Saudi Arabia, Syria, and too many other states to mention.

They bang on endlessly about Israel being an apartheid state, yet through BDS they have created a system of cultural apartheid. In their eyes, culture created by us, or by China, or by Zimbabwe, is fine, but culture produced by them, those nasty Israelis, must be hounded out of theatres and galleries lest it infect us all with its contagious Zionism.

These are activists who cry “Censorship!” when a conference of theirs is pulled, as happened at Southampton University recently. Yet they spend the rest of their time agitating for the No Platforming of Israeli representatives on campus and for the shutting down of pro-Israel university societies. “Free speech! (For nice people like me, not for rotters like you)” — that’s their fantastically hypocritical motto.

And now we can see that their double standards extend even to the people they claim to care for: the Palestinians.

This has become clear in recent days, following reports that the Islamic State’s deathly grip now reaches into the Palestinian refugee camp of Yarmouk in Syria.

Yarmouk has suffered terribly since the start of the Syrian Civil War. It has been the scene of deadly fighting between the Western-backed Free Syrian Army and forces loyal to Assad. Thousands have fled: it is thought the camp’s population has fallen from 100,000 to just 20,000 since 2012. Now, making this bad situation hellishly worse, the Islamic State reportedly controls 90% of the camp and is thought to have massacred citizens.

Where is the Twitter outrage? The talk of holding public protests? The angry articles by Palestinian solidarity activists? The discussions about sending aid to Yarmouk, as those preening politicians, authors and others did in relation to Gaza in 2010?

All these things are conspicuous by their absence. The deprivations of the Yarmouk Palestinians don’t seem to have pricked Western radicals’ conscience, certainly not in the way the Gaza war did last year.

Scour the Twitter feed of the Palestine Solidarity Campaign and you will find no mention of Yarmouk. There are stories about Israeli forces stopping a Palestinian school bus for two hours, but nothing about the reported shooting and even beheadings of Palestinians in Yarmouk. These guys should seriously consider a name change: how about ‘Solidarity For Some Palestinians’?

In Western radical circles, there’s long been a habit of getting angry about some attacks on Palestinians but not others. Few Palestine solidarity campaigners lose much sleep over the bloody expulsion of the PLO from Jordan in 1970 or the Tel al-Zaatar massacre in Lebanon in 1976, when around 2,000 Palestinians were killed by Lebanese forces. But they will talk endlessly about the history of Israel’s conflict with the Palestinians.

What explains this double standard? It’s because, today, what gets dressed up as “Palestinian solidarity” is nothing of the sort. This is no longer a movement devoted in any serious way to assisting the Palestinians; rather, it’s become all about demonising Israel, turning it into a whipping boy for the sins of history that right-minded Westerners can yell about and rage against and ostentatiously oppose.

For these campaigners, Palestinians are, in essence, political props, bit-part players in Western activists’ own narcissistic desire to find one evil entity that they can pin every global problem on. The driving force here isn’t concern for Palestinians — it’s the need of increasingly rootless, ideas-lite, post-Cold War leftists to find one allegedly black-and-white morality play in which they can be the good guys.

Palestinians are wheeled on, not as a real people capable of determining their own affairs, but as permanent victims whose suffering is cynically used by Westerners to boost their own sense of moral righteousness and their fury with Israel and what they think it represents: the excesses of colonialism, of modernity, of the West itself.

So for them, Palestinians who find themselves under attack from Israel are useful tools, nice additions to their invented moral drama, but Palestinians who are screwed over by the Islamic State, or by some other non-Israeli force, are not so useful. And thus those Palestinians suffer largely in silence.

The cynicism and callousness of modern-day Israel-bashers have been graphically exposed by Yarmouk.