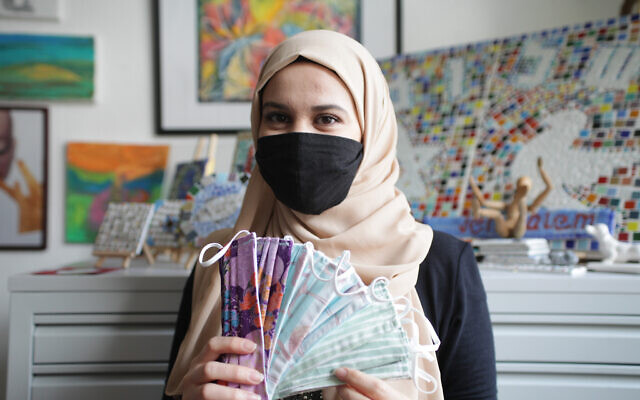 Conflict in places like Syria, Turkey, Iraq and Myanmar has led to “the largest population of displaced persons in history,” with many millions stuck in makeshift camps now particularly vulnerable to COVID-19.

The #70milllion campaign, launched ahead of World Refugee Day this Saturday, will run for ten days and calls on Jews in Israel and worldwide to stand in solidarity with refugees and other displaced people and to take action to support them.

It is being organised by OLAM, a platform of more than 50 Jewish and Israeli international development organisations including London-based World Jewish Relief (WJR), and those behind the initiative said the situation was urgent.

“Refugees and asylum seekers who are trapped in overflowing camps and over-crowded cities around the world lack access to clean water, health care, and even clear information,” said a spokesman for OLAM. “For many, social distancing and regular hand washing are not an option.”

Among the UK organisations supporting the campaign is the Office of the Chief Rabbi, United Synagogue, Masorti Judaism, Reform Judaism and Liberal Judaism.

“British Jewry has an innate connection to the refugee experience and we thank our community for its support to WJR’s refugee programmes, but refugees and those displaced are now amongst the hardest hit by COVID-19 and will require additional assistance,” said WJR chief executive Paul Anticoni.

“We are pleased to have assisted refugees in the UK who have played critical roles as key workers during the COVID-19 response, giving back to society in much the same way we have known Jewish refugees to always have done. We are proud to stand alongside other Jewish and Israeli organisations as part of this.”

OLAM chief executive Dyonna Ginsburg said the campaign “draws on shared values and history to encourage the global Jewish community to act for the vulnerable,” saying: “Jewish wisdom teaches to care for the stranger, to love them as ourselves. Jewish history is full of displacement and forced migration.”