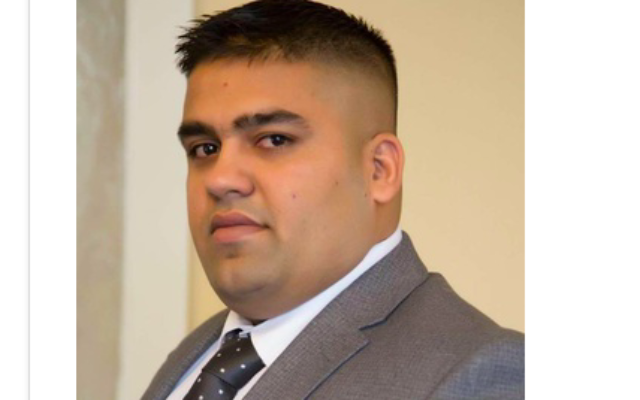 The Jewish Representative Council of Manchester has called for the Conservative Party to launch a “full investigation” into the local party in Bury – after a councillor who was found to have shared an article attacking the “pro-Israel lobby” was given a promotion.

In April Shahbaz Mahmood Arif was revealed to have shared an article published by the pro-Jeremy Corbyn website The Canary which claimed Labour leader Keir Starmer was in receipt of a £500,000 donation from a “pro-Israel lobbyist in leadership bid.”

The article, which attracted widespread criticism from communal groups, went on to suggest that Starmer was being influenced on issues such as Israel by the donation from philanthropist Trevor Chinn.

In a surprise move, reported on by Jewish News in February, Arif had replaced local Jewish councillor Jordan Lewis, who was deselected as the party’s Church Ward candidate ahead of last week’s local elections.

Locals, including many from the sizeable Jewish community, subsequently vented their anger at the move on the Prestwich Matters Community Network online group.

But in an announcement by the Bury Conservative Group leader Cllr Russell Bernstein on Thursday, it was confirmed Cllr Arif had now been promoted to the position of chief whip.

Reacting to the announcement, the Jewish Rep Council said in a statement they had been made aware of Cllr Arif’s promotion into the council cabinet.

They added: “Cllr Arif shared an article from the controversial publication The Canary which in our opinion contained antisemitic undertones.

“No apology has been received and to date Cllr Arif has demonstrated no understanding of why sharing this article was wrong.

“The fact he has not only retained the support of the party but has been rewarded with a position in the Cabinet is deeply worrying.

“This is the latest in a series of issues we have experienced with Bury Conservative Party in recent weeks.

“Subsequently the JRC have written to the Conservative Party and our correspondence has been acknowledged.

“We once again request a full investigation is launched into the Bury Conservative Party.”

The new cabinet was announced after former leader Nick Jones announced he was standing down in the wake of disappointing local election results, with Labour increasing their majority on the council, despite hopes that the Tories could win the borough ahead of the May 5th poll.

In statement on Friday, Bury Tory leader Bernstein said the issue over “the selection of shadow cabinet posts” raised by the Jewish Rer Council had been “brought to my attention.”

He added that as the Jewish leader of Bury Tories himself, all shadow cabinet appointments “are at my personal discretion.”

Bernstein added that “in common with many other Jewish people” he had “been subject to antisemitism at times during my life.”

The leader continued: “This personal experience made me determined in my working life to take a leading role in challenging and helping to eradicate any form of racism.

“In my political life, I believe strong social cohesion is fundamental for society to progress and I believe that across all political perspectives that aim is shared.”

Bernstein added he was “happy to meet with anyone who wishes to discuss matters” and added:”As the proud leader of Bury Conservatives I believe our party responds effectively and robustly to any form of racism.”

Arif was elected as a councillor in the new Bury West ward in last Thursday’s local elections.