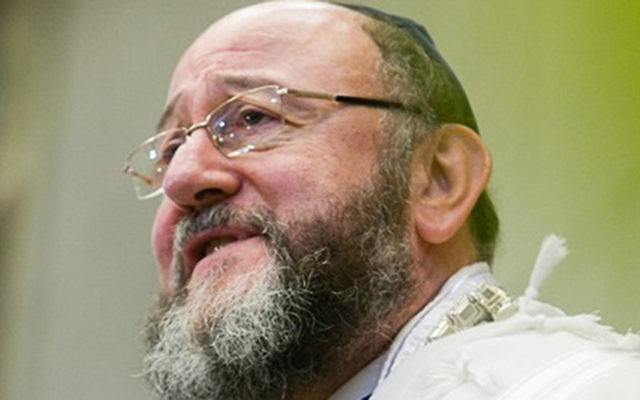 The Chief Rabbi has condemned as “extremely disturbing” the tactics of a child sex abuser who paid for and completed a Sefer Torah scroll before donating it to the Chabad community in Golders Green.

Menachem ‘Mendy’ Levy was criticised by Chief Rabbi Ephraim Mirvis for trying to “seek public acclaim” by donating the scroll, which was subsequently rejected.

Last week there were celebrations in Golders Green after the completion of the Sefer Torah. According to a press release published — and then removed — from the crownheights.info website, “well over 1,000 men, women and children” joined in with “joyous dancing and celebration which was heard several streets away.

The new Torah made its way slowly to the local Lubavitch shul, Hechal Menachem, where it was greeted by the other existing Torah scrolls.”

After the ceremony, there was celebration at Levy’s home, where, again according to the press release, “Rabbi Yossi Simon presented Levy with a thank you from Chabad of Golders Green.”

Levy was jailed for three years in 2013 for two counts of sexual assault against Yehudis Goldsobel, who waived her right to anonymity to encourage others to speak out against abuse. 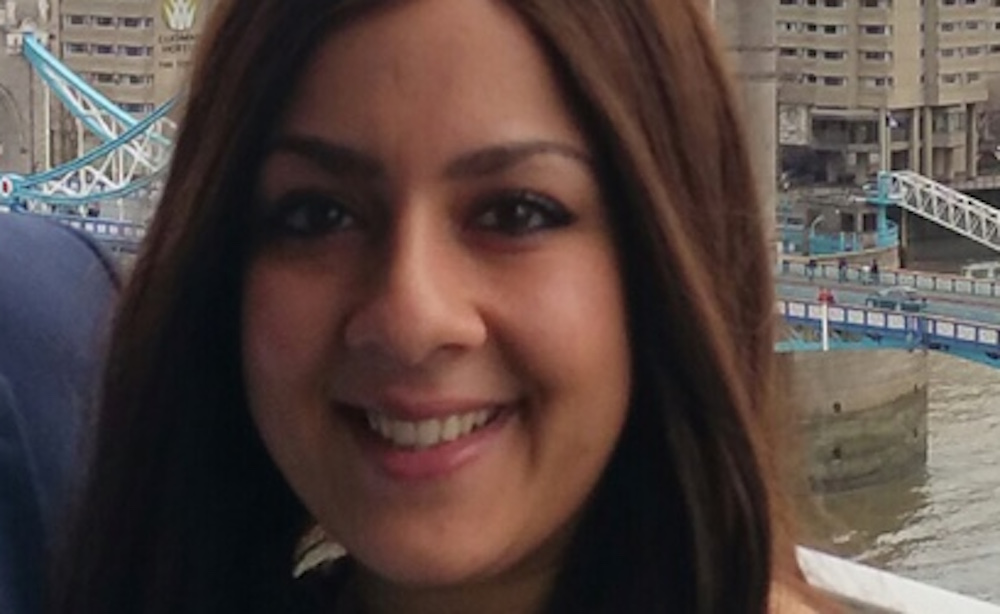 On her Facebook page this week, she wrote: “A Sefer Torah dedication is a lovely thing, but how can a community of people ignore the fact that the person donating it is a convicted sex offender? Does this not somehow tarnish this mitzvah? I would think so.”

She said she had not known about the dedication until she was approached by a reporter, and that she continued to be shunned by members of the Chabad community in which she had grown up.

A spokesman for the Chief Rabbi told Jewish News: “The very idea that a man convicted of sexual abuse should seek public acclaim in this way is extremely disturbing.

“The Chief Rabbi has met Yehudis Goldsobel on a number of occasions. and knows her to be a brave and tireless campaigner against the scourge of abuse. It is impossible for us to appreciate the kind of pain that this episode must have caused her.

“What is essential is that a clear message goes out to all concerned that these kind of antics will never find support within our community. It’s also fair to say that everyone we have spoken to on this matter is in agreement with this position.”

On Sunday, Rabbi Simon issued a statement saying “an individual” — Levy — had “chosen to turn the completion of the sefer Torah into a public event, organising all the details, down to the production of the flyers and post-event publicity”.

Rabbi Simon said Levy had offered Golders Green Chabad the scroll, on loan, when Chabad moved into premises in the area. But in light of the nature of the celebration, it had decided against housing it, he said.

“We have also asked news outlets that publicised the donor’s article to remove it from their sites.

“We can only imagine the further anguish this matter has caused the victim, and our hearts go out to her and her family.”

Shimon Cohen, a spokesman for Chabad Lubavitch UK said: “Chabad Houses in the UK operate independently and Chabad Lubavitch UK was not consulted about this event. Chabad Lubavitch UK has very strict and robust guidelines regarding safeguarding, developed with the NSPCC. Perpetrators of abuse should not be applauded in any way and we can only imagine the pain and suffering this event must have caused Ms Goldsobel and her family. Had this matter come to us in advance, it would not have been welcomed.”

Board of Deputies Vice President Marie van der Zyl said Chabad were correct to not accept the scroll, saying: “Sexual offences are extremely serious and, while we should give people the opportunity to express remorse and change their behaviour, care should be taken not to honour people who have committed these sorts of terrible crimes. I am therefore reassured to note that Chabad has decided not to accept the scroll. No one in the Jewish community must ever give the impression that sexual abuse perpetrators are to be accepted until it is clear they have genuinely repented.”

A spokesperson for the Jewish Leadership Council said: “We can only imagine the further pain that this event has caused Ms Goldsobel and her family and were encouraged to read of the strong action Rabbi Simon has taken. We continue to encourage our member organisations to have robust policies in place regarding safeguarding and work to ensure that victims of abuse are protected and respected.”