Chief Rabbi Mirvis thanked the City of London for its help defending Britain’s oldest synagogue after it was “threatened by skyscrapers”.

Marking the United Synagogue’s 150th anniversary, he reflected on the “rich history” for the community in the square mile dating back hundreds of years.

This comes after plans for a 48-storey tower next to the historic Bevis Marks Synagogue, the oldest operational shul in Europe, were rejected after more than a thousand objections. Campaigners feared it could spell the end of its services, because it would block all natural light.

Speaking at a Chanukah reception at Guildhall in Moorgate, Chief Rabbi Mirvis said “one of the great shamashim [servants] has been the City of London, hosting here within this square mile, so much of our Jewish life in the city.

“And just one small example of this has been the recent occasions in which you have given support to the Bevis Marks synagogue… the longest continuous synagogue operating in Europe… threatened by skyscrapers which were to have been built alongside it, we very much appreciate the support that you have given.” 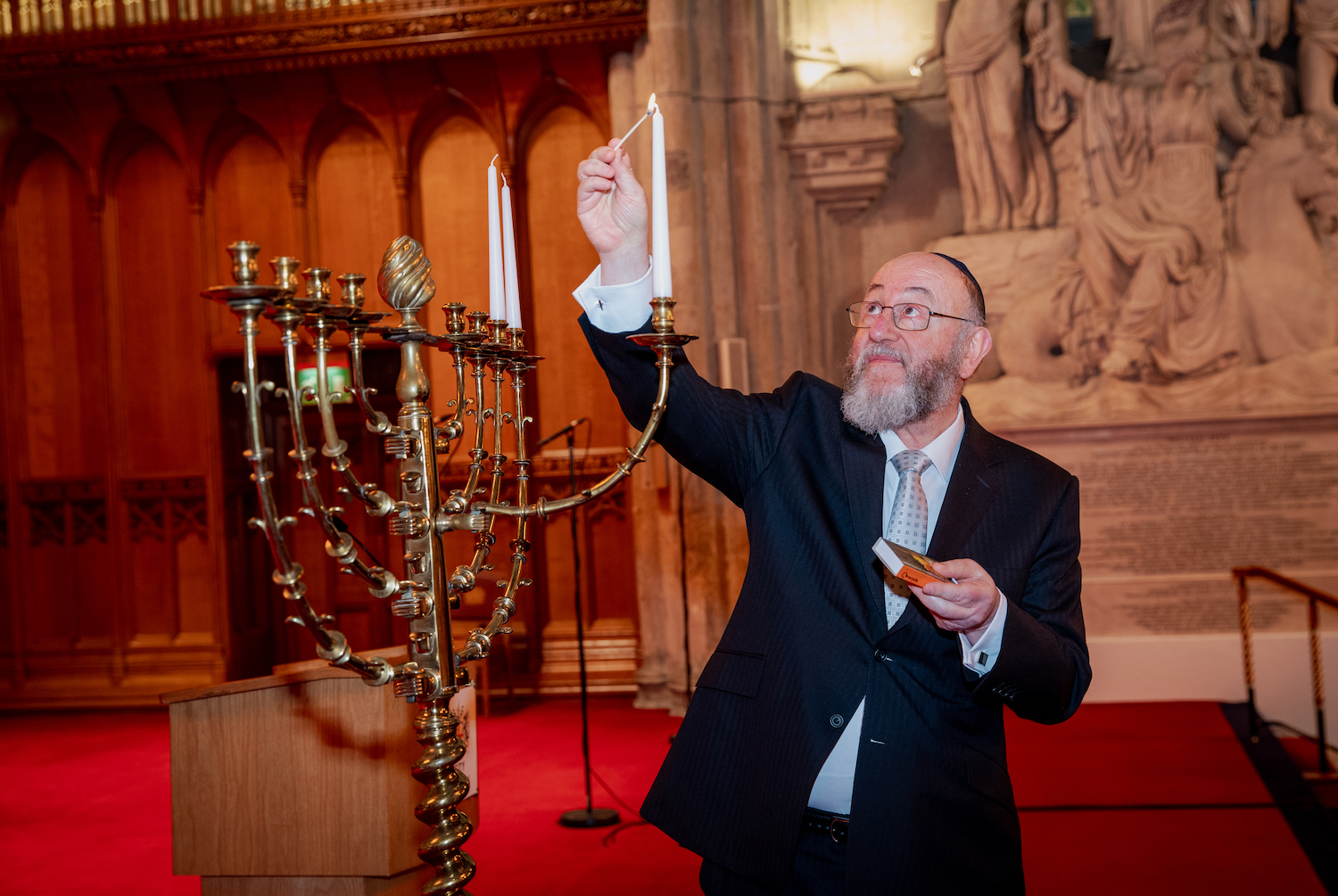 Chief Rabbi lights a menorah which was made in England in the 18th century and was used in the Hambro’ Synagogue, one of the United Synagogue’s founding shuls. Credit: Paul Lang Photography

Rabbi Mirvis thanked it for hosting the event and “giving recognition” for the United Synagogue’s 150th anniversary, saying the movement began with “five original synagogues, starting out in a humble fashion”, including three in the City.

He then lit the menorah for the second night of the festival, using a chanukiah from the Hambro synagogue dating back to the 18th century, before the Wolfson Hillel children’s choir sang Chanukah songs. 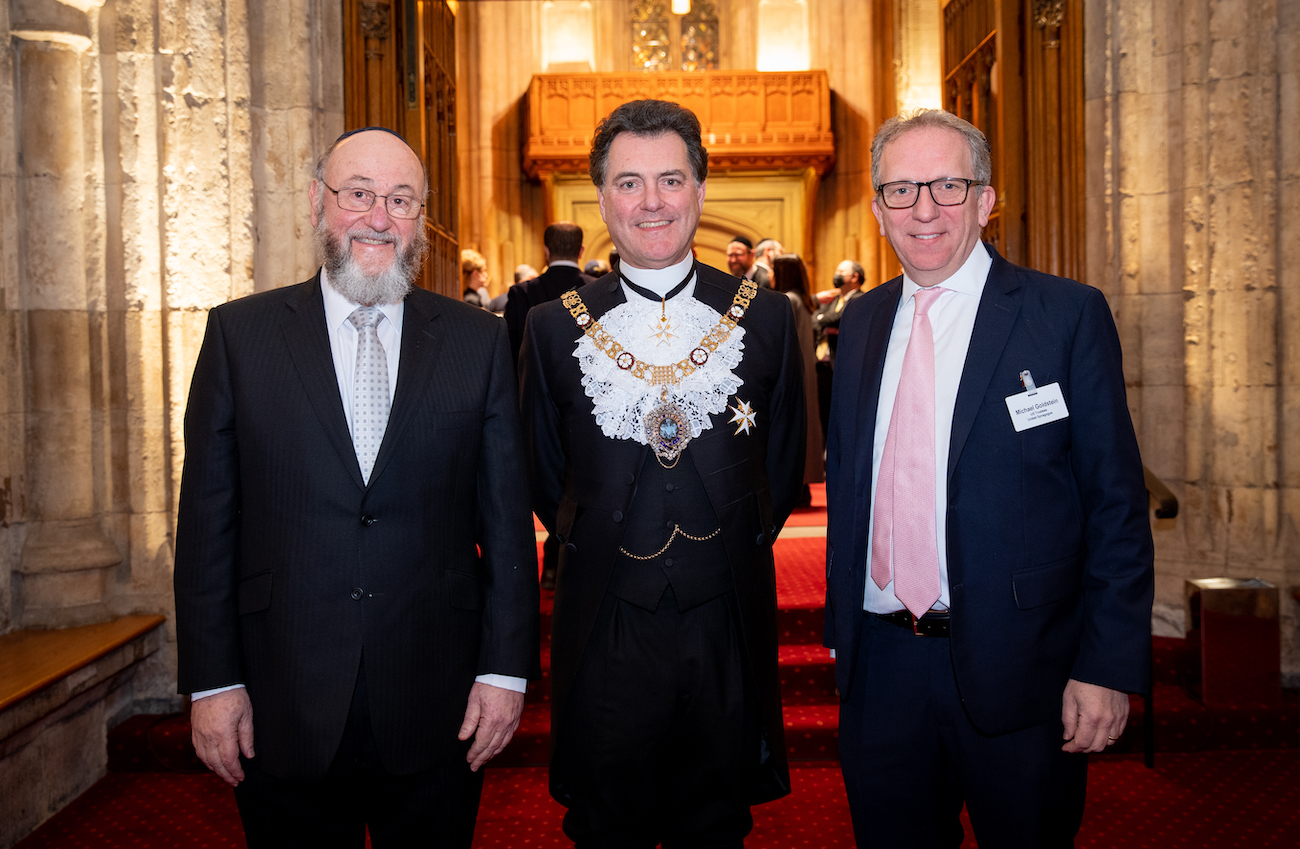 During the event, United Synagogue President Michael Goldstein touched upon the movement’s growth “despite the pandemic”, saying it had welcomed “over 1,000 new members this year including more than 200 under-30s.” He also paid tribute to the “hundreds of our cherished members” lost to the virus.

Lord Mayor of London, Alderman Vincent Keaveny, reflected on the history of Jews in the City, saying: “It was here that British Jews could first hold public office”, and that the “London Metropolitan Archives holds over 58 collections celebrating Jewish communal life, dating all the way back to 1591.” 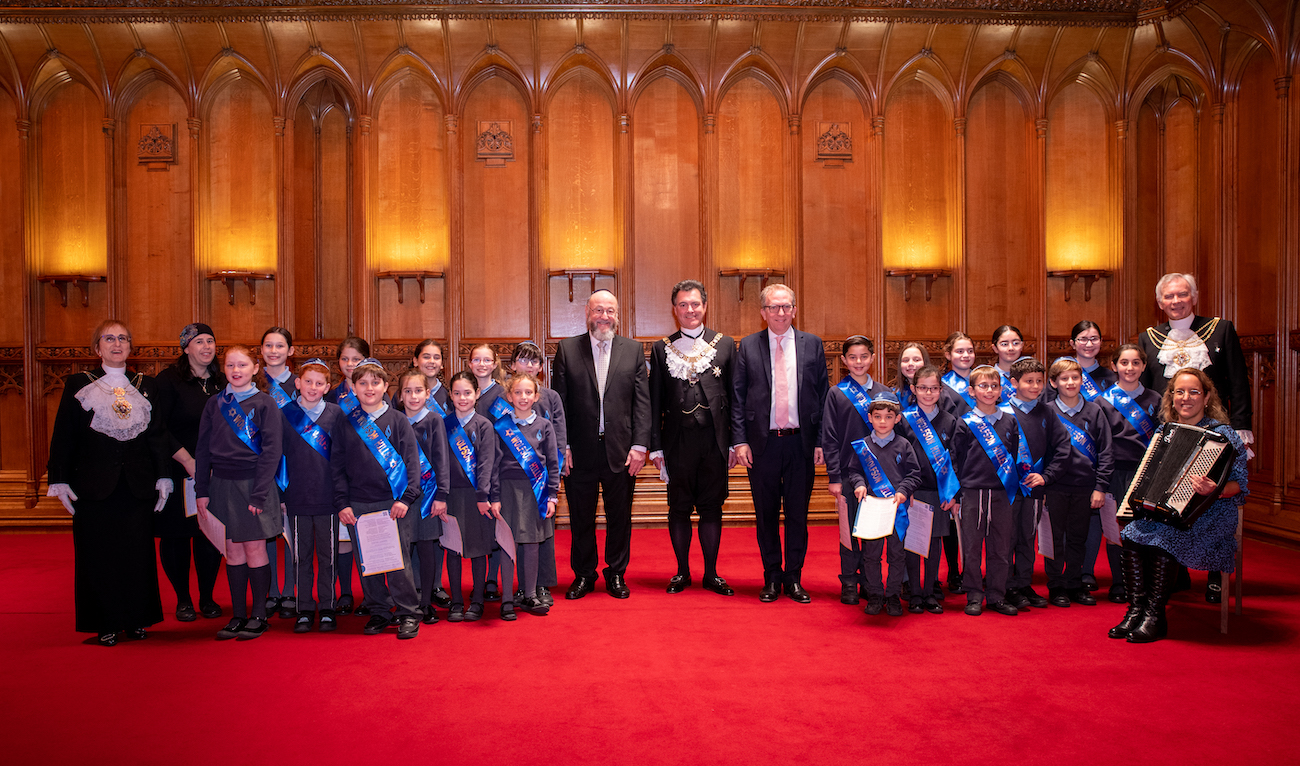