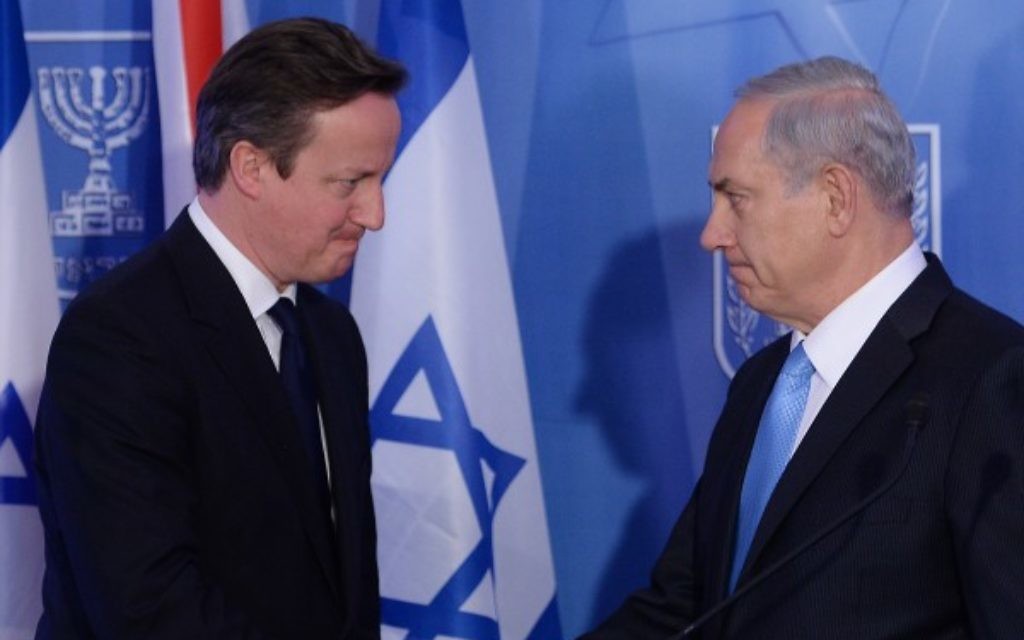 A senior community leader has expressed fears over a potential Labour victory in May’s election and claimed the re-election of David Cameron was in Anglo-Jewry’s “best interests”, writes Justin Cohen.

Board of Deputies vice-president Jonathan Arkush’s candid comments – first made in a private email seen by Jewish News – come on the back of anger among some over Ed Miliband’s criticism of the IDF’s operation against Hamas and the party’s subsequent support for the House of Commons motion on Palestinian statehood.

Those events led to public expressions of concern from communal leaders and to Maureen Lipman announcing she would not vote for Labour for the first time – but Arkush’s comments represent a rare level of criticism from a senior community figure ahead of a General Election and will be particularly noted given the fact he is expected to stand for the Board’s top job this year.

In a message last week, Arkush asked former JLC chief executive Jeremy Newmark, why he had become so involved in the Labour Party. He pointed out that a future Labour cabinet could include Shabana Mahmoud, who took part in a lie-down protest outside a Sainsbury’s store last summer in opposition to its stocking of Israeli settlement goods and later backed a boycott of such goods against her party’s policy.

Arkush added: “I appreciate the sentiment that we need to be on the inside. However, you cannot have nearly enough influence to counter this, however hard you try. Meanwhile, we have a PM and Government who gets it on Israel. Whether or not you are a Conservative supporter, isn’t the communal interest best served by them getting re-elected?”

In further correspondence, he added that Labour’s failure to change the law of universal jurisdiction under which attempts were made to arrest Israeli officials had left “a lasting sense of distrust”.

Arkush acknowledged that Israel shouldn’t be the “sole determinant” of communal interests and agreed that “in general” it was important that activists were involved in all major parties. But while fellow Board vice-president Alex Brummer said the initial private remarks were not ones he would be “prepared to endorse” during a General Election campaign, Arkush insisted neither he or the Board would recommend who community members should back in May.

In his response which he copied to several senior Jewish Labour figures including MPs, Newmark branded the response as “far too one-dimensional and short-termist” and said he didn’t believe communal interest was best served by ignoring the possibility of a Labour victory. “We need friends and supporters of Israel inside all our main political parties. We need Jewish institutions that are led and resourced so as to be able to engage with all parts of the political spectrum without fear or favour,” he wrote.

Newmark, a Labour Party member of 20 years who has recently been selected as a council candidate in Hertsmere, acknowledged David Cameron had been “fantastic” on Israel but pointed to recent comments by former ministers Baroness Warsi and Alan Duncan, saying all parties had “fringes”. While saying that the “emphasis from UK Labour leaders was not always the right one or even a helpful one” during the Gaza war, “their core support for Israel is not in doubt”. Defending his involvement with Labour, Newmark also claimed he saw “a strong alignment between Labour values and Jewish values” on social justice and helping the needy – a claim dismissed as a “fallacy” by Arkush.

The latter ascribed all parties “with an equal commitment to the needy and vulnerable”. Barnet Labour councillor Adam Langleben, a member of the executive of the Jewish Labour Movement, said: “Taking a position as Jonathan has is a road to ruin for our community. We have relied for decades on a cross party consensus on the major issues, that consensus still exists. The Conservatives, ably assisted by some in our community seem to be trying to play politics with this long standing consensus.”

Arkush – who later passed the full correspondence to Jewish News to encourage debate – said that the comments were made in a “brief, personal” email that he never expected Newmark to share with colleagues. But he added: “I’m hardly the only person to express such reserrvations. If you’re going to be a Jewish leader with integrity sometimes you have to say things that are critical of political parties. If Labour wins and I win, I would expect a strong and cordial relationship between the Board and Government.”

Saying the concerns of some statements by Labour figures was understandable, Brummer added: “The British Jewish community has over the decades been confident that the community views will be listened to. There is no reason to be fearful that this will change whoever takes power after the May election.”

Paul Charney, ZF Chairman, said Cameron had been a “steadfast friend” in Israel’s hour of need. But he added: “All parties, however, have excellent individual MPs who are committed to defending Israel. Our position is that we should always work with and strengthen our allies in all parties, since support for the only liberal democracy in the Middle East should be seen as a common sense, not partisan, issue.”

A Labour spokesperson said: “Whether it’s calling for a zero-tolerance approach to anti-Semitism in the UK or campaigning for a secure Israel as part of a two-state solution and peace in the Middle East, Labour ‘gets it’ and will stand up for the interests of the Jewish community in Britain and across the world.”