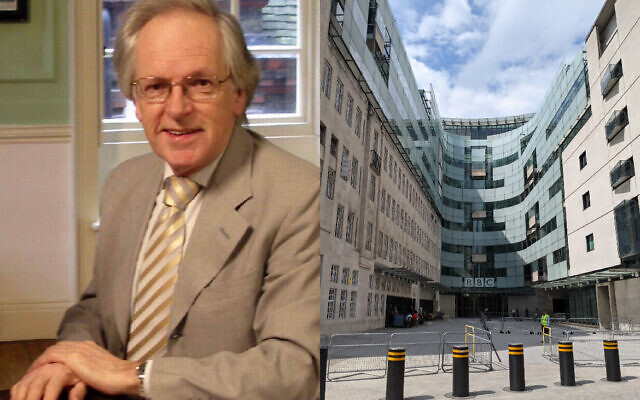 The presenter of Radio 4’s Quote… Unquote programme has suggested complaints about a “Jewish mother” joke contributed to the decision to end the show.

Nigel Rees – host of the satirical panel show for 46 years – hit out at what he said were “cultural issues” behind the decision to bring it to an end.

In a Sunday Times interview, Rees said: “Anyway, what’s wrong with being critical or even a little bit challenging?

“If people are offended they can say so and we can discuss the matter.

Rees said for the 500th episode of the show he wanted to include Noël Coward’s 1932 comic song Mad Dogs and Englishmen.

He said: “I was pressured to remove the lines, ‘In Bengal/ to move at all/ is seldom if ever done,’.

“I was told that it ‘reflected colonial attitudes’ and so the woke police leant heavily on me to choose something else.

“This misses the whole point of the song, that it is the English colonials who are being mocked, not the natives.”

The 77 year old host added: “Arguments for some of these points and positions may be justifiable, but I am not willing to go on having my choices interfered with in order to tick boxes in the name of diversity and representation.”

During its lengthy run on the Radio 4 guests on the show included Judi Dench, David Attenborough and Tom Stoppard.

“I don’t want to sound like an ‘anti-woke’ backbench Tory MP (which I am far from being), but . . . ‘cultural issues’ were among the several factors that had contributed to my pulling the plug,” Rees wrote in his Quote . . . Unquote newsletter, which is continuing.

The final radio broadcast of the show was aired last month.

The BBC responded by saying : “We want our output to be representative of the UK and we want contributors on our comedy shows to be wonderfully engaging and funny. These two ambitions are not mutually exclusive and it would be highly condescending to suggest otherwise. We have creative, editorial discussion around every production and they are very much standard practice.”