Singer-songwriter Craig David spoke of “knowing both sides” of the Black Lives Matter movement and the focus on antisemitism during a youth-led Q&A session of JLGB’s Virtual Summer Extravaganza on Monday.

David, 39, was speaking to a home audience from his studio at the online event, supported by Genesis Philanthropy Group, and spoke about his mother being Anglo-Jewish and his father being from the West Indies. His upbringing in Southampton was “all about community” he said.

During the live-streamed event, with hundreds of families watching, David was asked about both his Jewish and Grenadian heritage, and said: “You don’t really see the duality… I was really blessed to experience so much different culture and would like to think I could be an inspiration for anyone of mixed backgrounds.”

Appearing in her dressing gown, Amy from Liverpool asked him about his initial musical inspiration, while Talia from Cardiff asked who his music idols were. David said he had “so much love” for Justin Bieber, but also said Will Smith “walks his truth,” adding: “He’s always got his toe in there.” 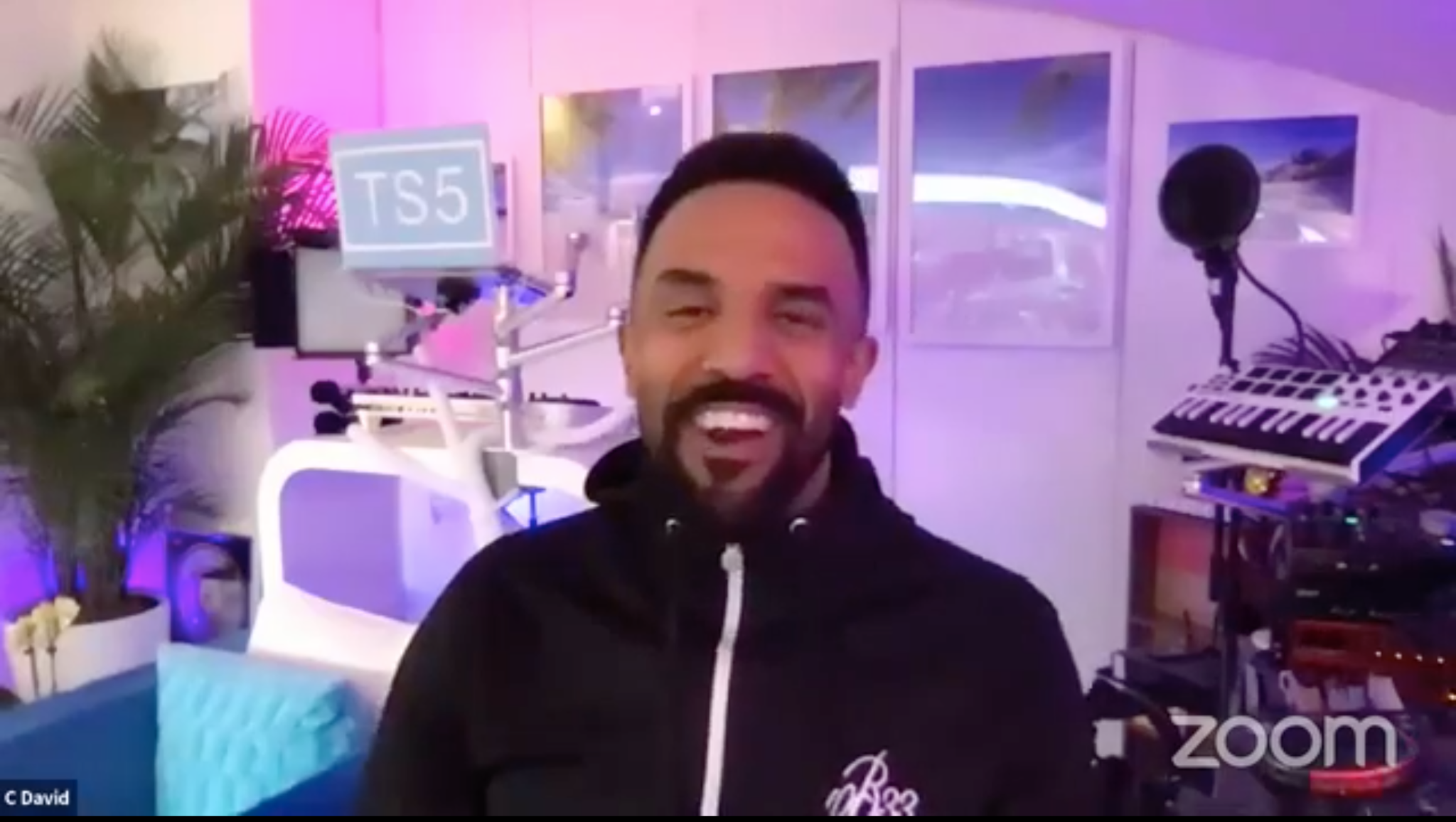 Craig David during the JLGB event

In 2018 David launched his seventh studio album almost 20 years after his first, and Monday’s event was his latest involvement with the charity, which was forced to stop running its face-to-face youth provision in March.

David’s manager Colin Lester also addressed JLGB Virtual earlier this year, and the artist said Lester was “a mensch… very much a best friend of mine”. He added: “I’ll go round on Friday for Shabbat and we’ll chop it up. I feel like I’m part of the family. He’s also been super-protective, which I’m very grateful for.”

JLGB chief executive Neil Martin said this week the charity had been due to run a summer camp marking its 125th anniversary, which had left 700 youngsters disappointed, so the singer’s appearance had helped lift the mood.

“We really wanted to pull out all the stops for this very week, and who better than Craig David to do just that,” said Martin. “Millions have of course heard him sing and rap, but not many will have heard him speak, and with such wisdom.”