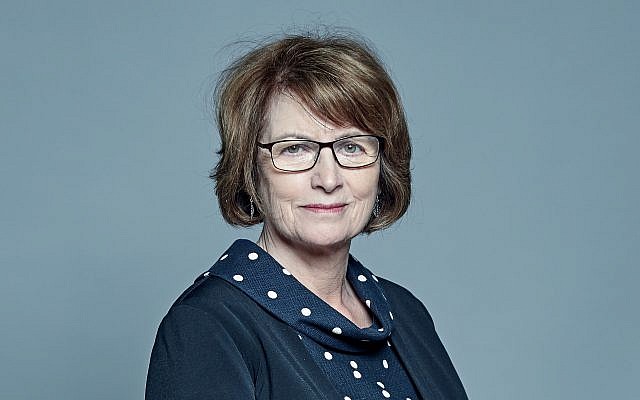 Dame Louise Ellman has said she will only re-join Labour once the “toxicity” that still exists amongst the membership of some local constituency branches has been removed.

Speaking to the Jewish News after a report in last week’s Sunday Times claimed she was ready to deliver a first anniversary gift to Sir Keir Starmer by joining Labour again, the Jewish former MP confirmed she was waiting for further action to be taken at local party groups across the UK before making any decision.

Dame Louise had quit Labour after being a member for over 55 years ahead of the 2019 general election citing former leader Jeremy Corbyn’s failure over antisemitism.

“I am convinced Keir Starmer is genuine in his attempts to rid the party of the stain of anti-Jewish racism,” the 75 year-old said on Tuesday.

“But there are too many people across various constituencies who are toxic.

“I am waiting for this toxicity to be removed before I make any decision on re-joining.

“I just think the party should be doing a bit more.”

The Jewish Labour Movement’s honorary president, and the vice-chair of Labour Friends of Israel, said she recognised that it might never be possible to erase all antisemitic conduct from Labour.

“Of course there are always going to be some examples of conduct that might be deemed to be antisemitic – every political party, unfortunately, has some issue in this respect,” she said.

“It’s just that I want to see the party that I am considering re-joining doing a bit more in tackling the problem on their own doorstep.”

Dame Louise also hit out at the mounting criticism of the current Labour leader as his first anniversary at the helm of the party passed.

“I think there is currently a trend where everyone is rubbishing what Keir has done over the past year – and I do not like that,” she said.

“I eventually want to go back to the party, and I acknowledge there has been a culture change under the current leader.”

“There has not been enough recognition of what Keir has actually managed to do and what he is trying to achieve.”

But some Jewish Labour veterans remain concerned that suspensions do not always result of proper punishment for some repeat offenders.

Dame Louise quit Labour in October 2019 writing that “under Jeremy Corbyn’s leadership, antisemitism has become mainstream in the Labour Party. Jewish members have been bullied, abused and driven out. ”

Her Liverpool Riverside Party responded by saying “The Labour Party recognises the hard work and commitment Louise has shown to her constituents over the past 22 years. Unfortunately she made it very clear at the last CLP meeting that she could not support a Jeremy Corbyn led government. ”

Dame Louise had become leader of Lancashire County Council in 1977 and was elected as an MP in Liverpool in 1997.

The Jewish News understands that her concerns over “toxic” party members relates to cases across the country rather than just in her former North West seat.