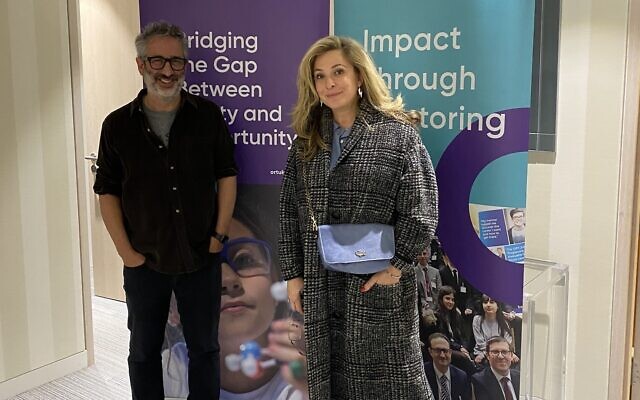 Two of Britain’s leading entertainers, who regularly appear on social media combatting antisemitism, Tracy-Ann Oberman and David Baddiel, were the special guests of ORT UK this week at an online event to celebrate the organisation’s centenary year.

As ORT UK’s chair, Simon Alberga, explained, in normal times there would have been a gala dinner — but the virtual discussion was an opportunity for ORT UK to launch its “There Then, Here Now” campaign and to highlight its work, particularly its “Jump” programme which pairs mentors and mentees from all over the country.

More than 800 households tuned into the Oberman and Baddiel conversation, a relaxed event as both are actors, comedians and writers who have known each other for years.

The focus of the discussion was antisemitism and how it has manifested itself today, together with some personal family stories from David Baddiel. 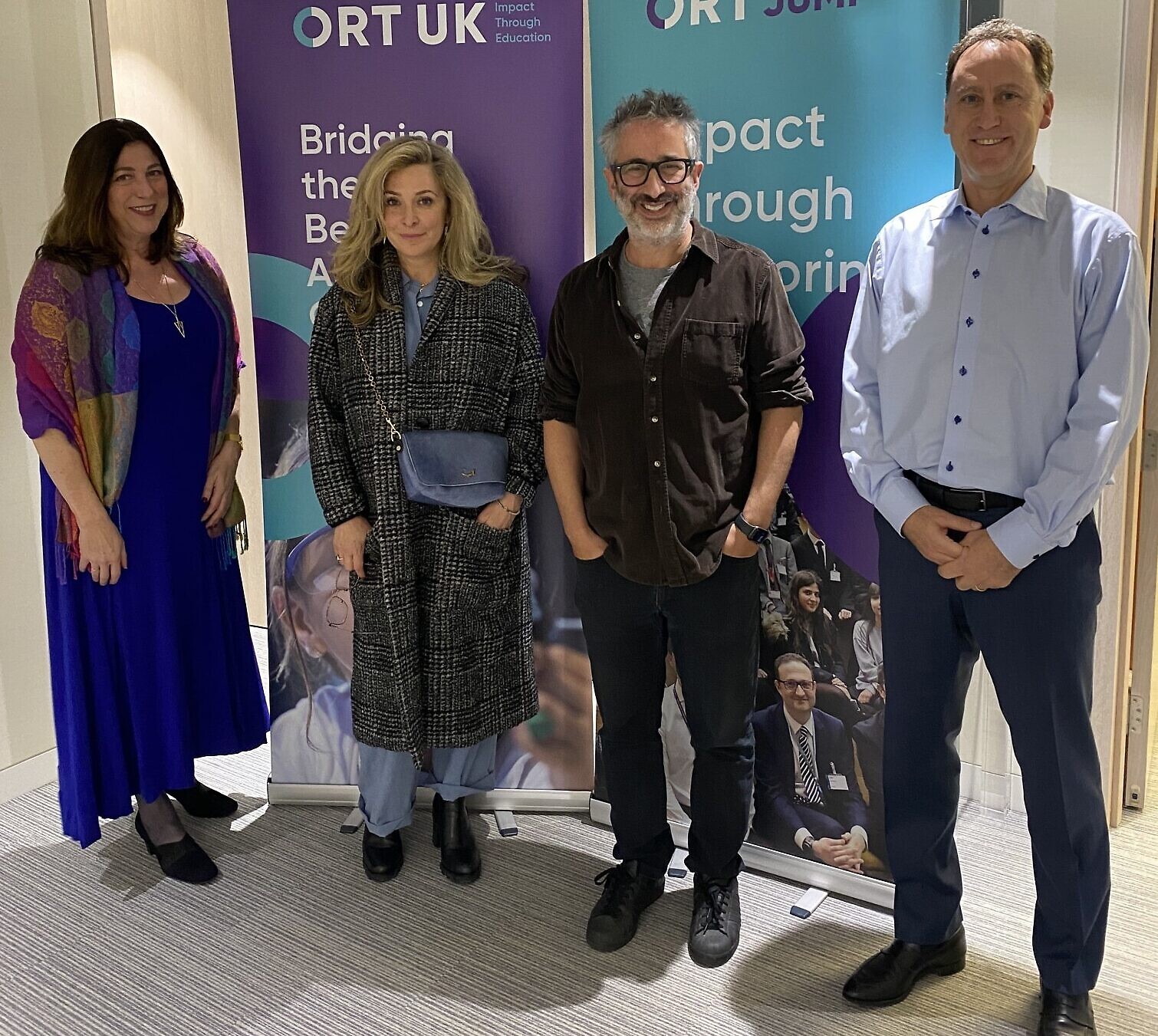 His social media profile uncompromisingly describes him simply: “David Baddiel. Jew”, and he told Tracy-Ann Oberman that he was “entirely Jewish and entirely atheist”, adding: “I am very comfortable being myself, absurdly so and what’s part of that is my Jewishness.”

Baddiel’s forthcoming book, to be published early next year, is called “#Jews Don’t Count”, an examination of why society skates over antipathy to Jews and does not accept it as fully racist — because of what he believes is a mistaken assumption, that all Jews are white, and therefore privileged.

Declaring that he was “militantly anti-antisemitic”, Baddiel, who was educated at North West London Jewish Day School and then Haberdasher’s, said: “One of the key things about antisemitism now is this notion that Jews are white and have privilege. For a white supremacist or Nazi, Jews are almost centrally non-white.

“Meanwhile, particularly now, you get this thing where if Jews talk about antisemitism, they’re accused, mainly by some on the left, of trying to get antisemitism as a racism more noticed than it should be, with a sense that, ‘come on, you’re white, so racism for you is not really a thing.’”

The pair discussed the recent outburst by the grime artist, Wiley, whose on-line antisemitism had spurred Tracy-Ann Oberman to lead what became an international 48-hour boycott of Twitter in protest.

Baddiel said: “I got the sense that Wiley was a bit confused by the backlash because I think he thought, ‘well, I’m a black person and black people are allowed to call out white people and they [Jews] are just white people.’ I think some people don’t have a sense of Jews as a minority and so therefore once Jews get classed as white, there’s no issue with people being antisemitic, because you’re allowed to be negative about white people in our modern world.”

I think some people don’t have a sense of Jews as a minority and so therefore once Jews get classed as white, there’s no issue with people being antisemitic, because you’re allowed to be negative about white people in our modern world

ORT UK has played its part in combatting antisemitism by educating young people and equipping them with every kind of skill for today’s world. When it was founded in 1921 it raised money for ORT’s international projects and to teach skilled trades to Jewish communities trapped in poverty.

Its life-changing education over the years has included the rescue of 106 boys from Germany on the eve of the Second World War. Sydney Sadler, now aged 100, is the last survivor of the group, known as the Berlin Boys.

In an emotional film shown during the event, he paid tribute to ORT, which had saved his life, he said.