American historian Deborah Lipstadt this week warned that “camouflage” was the thread tying Nazi planning for the Final Solution to far-right Holocaust denial and far-right marches in the United States in recent years, notably in Charlottesville.

The professor known for her successful legal challenge against Holocaust denier David Irving, Lipstadt was speaking to Jewish News ahead of the 80-year anniversary of the Nazis’ Wannsee Conference, in her first interview in months.

It comes amid political wrangling in Washington, D.C. ahead of her pending appointment by the US Senate as the White House’s new antisemitism envoy.

She said just as the language of Wannsee “obfuscated” the Nazis’ true intention, likewise Holocaust deniers skirt around the language of denial, and neo-Nazis in the US avoid any overt Nazi symbols while still making clear their allegiance.

“If you’d read this and didn’t know what came after, you wouldn’t know that they were organising genocide. It’s the language of camouflage. That got me thinking: it’s the same with Holocaust deniers, who wanted to be called Holocaust revisionists.

“We fought that, but the deniers didn’t like it. They’d say, ‘we’re not antisemites, we’re only here to revise mistakes in history’. It’s the language. They talk about how many Jews ‘died’ at Auschwitz. Died? They were killed!” 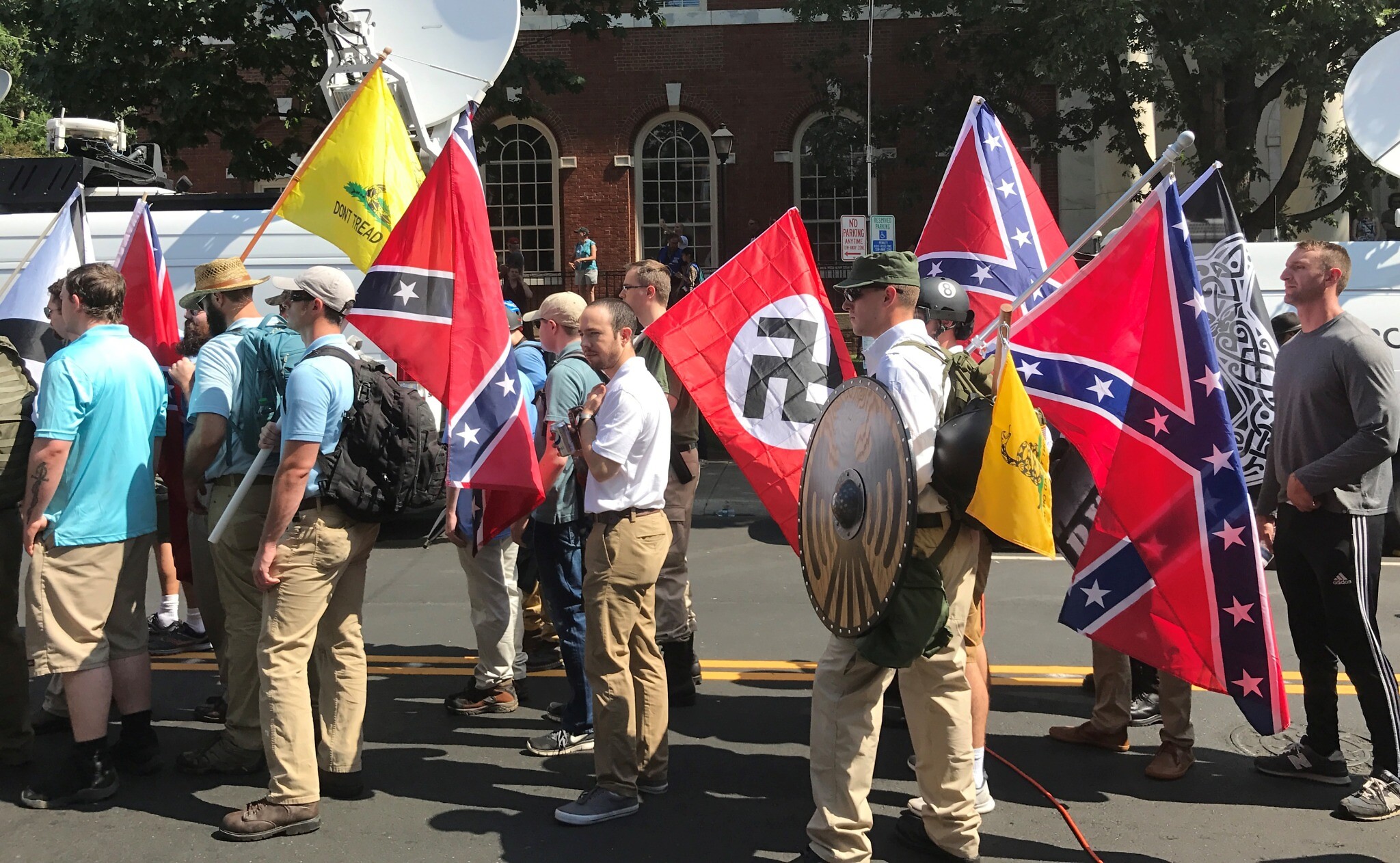 A far-right march in the United States (Photo: Wikimedia)

Having fought Irving – and, by extension, Holocaust denial – for five years in the courts of London, before it finally came to trial in 2000, Lipstadt says she “saw the same thing in Charlottesville”, in reference to the city’s ‘Unite the Right’ rally in 2017, where white supremacists took to the streets, resulting in three deaths.

“They talked about uniting the right but they began by chanting ‘Jews will not replace us’ on their Friday night march. That’s shorthand for genocide replacement theory.

“They say ‘blacks and Muslims can’t flood our country on their own, they’re not smart enough, there must be an unseen hand, a puppeteer. Who’s the puppeteer? Who’s always the puppeteer! It’s antisemitism to the chant of replacement.

“They were told not to bring swastika flags so they brought Confederate flags, flags with the SS thunderbolt, flags with the black sun [an ancient mythological symbol used by the SS], flags with the Othala Rune. Those versed in this know they’re Nazi symbols but they’re camouflaged to the public.”

In a concluding warning for politicians today, she explained that the language of camouflage and obfuscation was “inherent to antisemitism” and is what “allows what might otherwise be a fringe movement to encroach increasingly into the mainstream”.