The Duchess of Cornwall has emotionally shared childhood memories of reading Anne Frank “when I was the same age as her”, on the 75th anniversary of the publication of the teenager’s iconic diary.

Recalling her “exceptional gift for words”, she recognised her ability to offer “comfort, meaning and hope”, while detailing her life hiding from Nazi persecution in occupied Amsterdam.

“Like many others, I first read this diary when I was the same age as her”, she said, before recalling the “solemn privilege” of visiting Auschwitz for the 75th anniversary of its liberation in January 2020. Anne perished at Bergen-Belsen after her family was betrayed and they were captured in 1944. 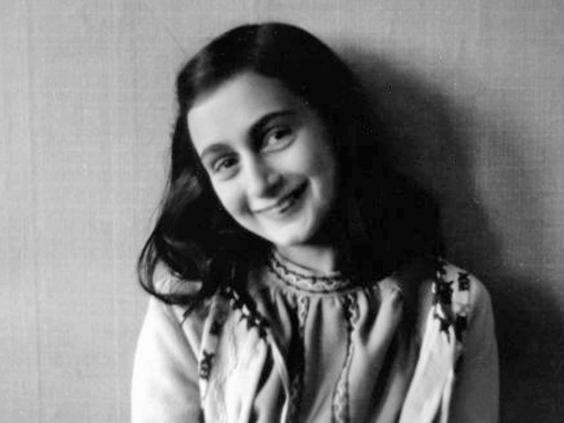 Anne Frank pictured before the war.

The Duchess reflected on having the “pleasure” to have met some of the “thousands of pupils the Trust reaches every year, in schools across the country.

“Their understanding of the past and their dedication to a better future are a testament of all of you”, she said, which works “to speak out against prejudice of any kind.

“But Anne’s story is, of course, one in six million; six million stories that need to be told, heard and remembered to honour those lives that were lost and to force us to understand the consequences extreme hatred.

Sharing the message of survivor Marian Turski to “never be bystanders” against prejudice, the Duchess recalled her visit to Auschwitz in January 2020, to mark the 75th anniversary of the camp’s liberation.

“Ladies and gentlemen, let us not be bystanders to injustice or prejudice. After all, surely our personal values are measured by the things we are prepared to ignore.”

A powerful message from HRH at our Annual Lunch@ClarenceHouse #HMD2022 pic.twitter.com/z0prgjiI45

Before addressing the central London event, which was presented by BBC broadcaster Jo Coburn, she was presented with an inscribed copy of Anne Frank’s Diary, and watched a presentation by 15 young people from three schools across the country, sharing Anne Frank’s message against discrimination. 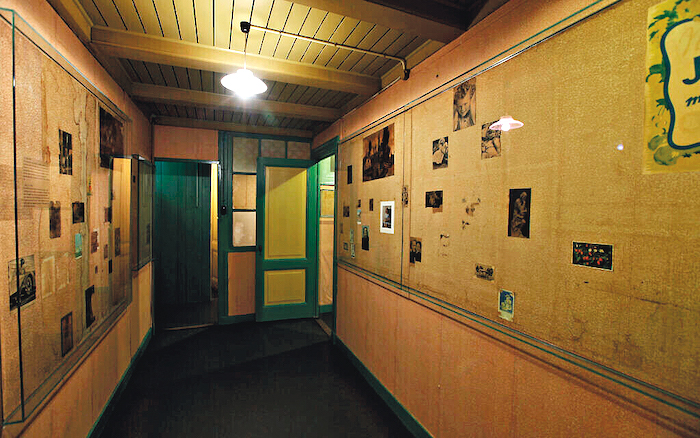 An empty room at the Anne Frank House museum in Amsterdam, where the diarist and her family hid for two years during the Holocaust.

Speaking after the Duchess was Dame Joanna Lumley, actress, activist and campaigner. In a speech tinged with both comedy and a serious message against discrimination, she said she’d always be remembered as Absolutely Fabulous character, “the repellent, Patsy Stone.”

“It is by connecting across differences that we thwart those who try to use those differences to divide us… this is the age of young people we need in order to build a world free from hatred.

The Anne Frank Trust, she jokingly said “did wonder if they could invite me to come here and address you all as Patsy”.  It was “not appropriate in this context, but actually not so alien either. Like most of you here, and like her royal highness, I read Anne Frank’s diary when I was about the same age as Anne, about 14 and I loved it.

“And a big part of what I loved about it was and completely brilliant sense of humour.

“It’s not at all, a heavy, serious tone, written by a saintly angel. Anne is frequently naughty. She regularly gets into arguments and causes trouble with her family and with the others in hiding with her. And she’s marvellously candid about her own failings.

“She’s a terrific comic writer. She’s very witty in her characterisation of herself and others. And she uses lots of her diary to record the fun they had in the secret annex.

“Perhaps Anne’s greatest writer talent is her gift for intimacy, the way she puts us right into her feelings.

“Ultimately, what the humour in the book does is make us care passionately about these likeable, decent people hiding in an attic in Amsterdam. And this is how it brings home to a so powerfully, yjust how much the Nazis destroyed.

“Here are all the amusing, silly, touching details that make up ordinary, sociable human life. Here are the opportunities for future happiness.

She also praised the work of the Trust, saying after the hostage-taking in Texas on Saturday “we know that antisemitism continues to be a horribly active force in our world. And we know that the only way to overcome that force is for Jewish and non Jewish people to stand together. It is by connecting across our differences, that we can thought those who try to make our differences to turn our differences into hatred.”