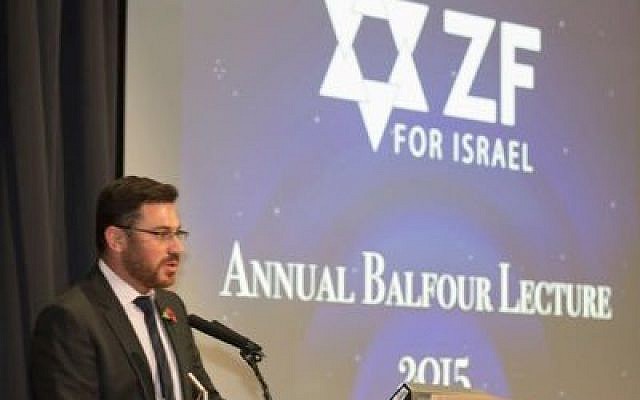 Eight affiliate organisations of the Zionist Federation have penned an extraordinary open letter criticising the organisation’s chairman Paul Charney for his “wholly inappropriate” views on annexation.

In a rare open challenge to the current head of the ZF, signatory bodies such as the Jewish Labour Movement and several progressive religious groups took issue with Charney’s statement that Israel had “little option” than to annex the West Bank.

Writing for Jewish News earlier this month, Charney also Israel was a democratic state and that “annexation will not change this,” but came in for sharp rebuke this week as members lined up to say he had no right to make such statements.

Representing “a significant number” of affiliates, they said: “The remit of the ZF is to represent the broad swathe of Zionist organisations and opinions in the UK. It does not have a mandate to formulate policy positions in response to events taking place in Israel or the wider Middle East or to make statements on behalf of the organisations it claims to represent.”

They added that “when the ZF leadership makes political statements about key issues in Israel, they undermine its credibility as a representative body, and overstep the remit of the organisation, misrepresenting its constituent bodies”.

The signatories said Charney’s view were “a personal opinion, and therefore a wholly inappropriate remark to be made in the capacity of ZF Chair”.

They added: “Likewise, ZF social media posts in support of similarly controversial issues, such as that appearing to pledge support for settlement throughout the entirety of Israel and the West Bank, again have no place in an organisation in which there are a broad range of opinions on this issue.

“We urge the National Council to reflect on what is appropriate behaviour for individuals in positions of authority in the Zionist Federation and ensure that those entrusted into these positions carry out their duties appropriately.