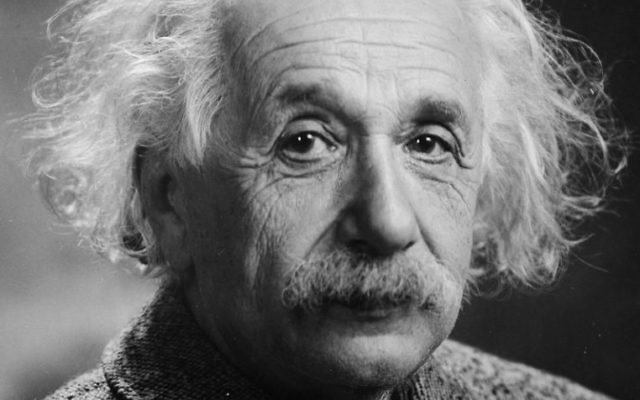 Albert Einstein held racist and xenophobic views about Asians and Middle East nationals, a newly-edited version of his travel diaries from 1922-23 has shown.

The German-born theoretical physicist, who won the Nobel Prize a year before travelling throughout Asia and the Middle East, later became known as a staunch advocate for civil rights while living in the United States.

However his diaries from this earlier 6 month period, during which he sailed between several countries with his wife, show that he thought Sri Lankans “do little,” Egyptians were “as if spewed from hell” and Chinese were “filthy and obtuse”.

Published by Princeton University Press, ‘The Travel Diaries of Albert Einstein: The Far East, Palestine and Spain 1922-23’ was edited by Ze’ev Rosenkranz, assistant director of the California Institute of Technology’s Einstein Papers Project.

Calling China a “peculiar herd-like nation,” the revered scientist’s most eye-brow raising views were levelled at the Chinese, who he said were “more like automatons than people,” the children “spiritless and obtuse”.

He said it would be “a pity if these Chinese supplant all other races… for the likes of us, the mere thought is unspeakably dreary,” adding that there was “little difference” between Chinese men and women, and pondering how the men were incapable of “defending themselves” from female attraction.

His diaries show that he did not have unkind words for all he encountered on the trip, noting how the Japanese were “unobtrusive, decent, altogether very appealing,” but saying that the Sri Lankans “lived in great filth and considerable stench,” adding that they “do little, need little”.

Einstein would later join the National Association for the Advancement of Colored People (NAACP) at Princeton, where he worked, and be famously quoted as calling racism “a disease of white people”.

Listen to the Jewish Views Podcast: