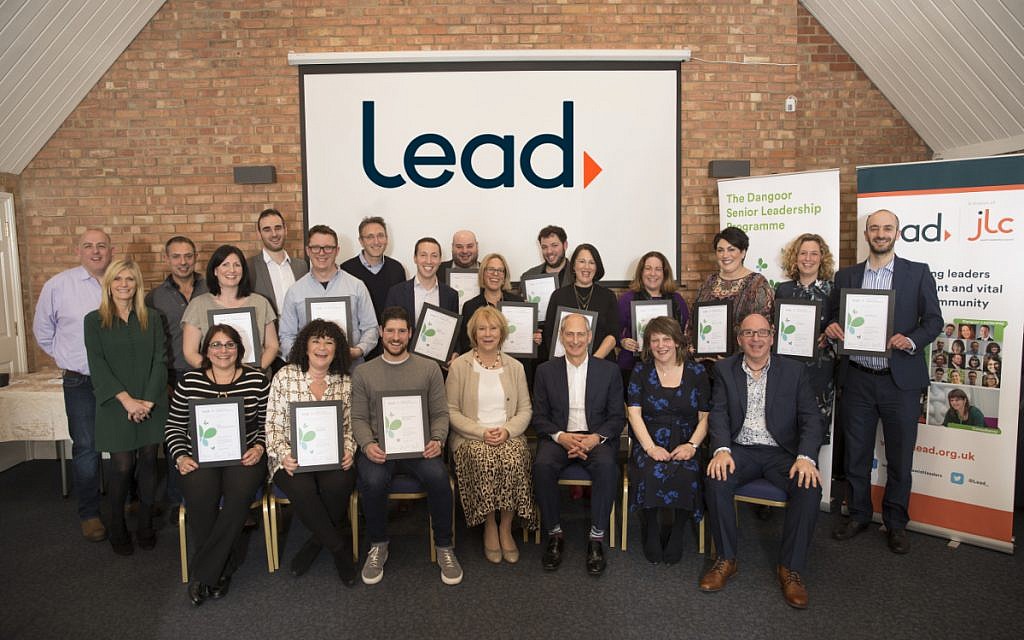 A group of 15 Jewish community go-getters have graduated from an 18-month leadership course, becoming the first cohort to do so.

Senior figures from organisations such as the Office of the Chief Rabbi, the Zionist Federation, the Union of Jewish Students, the Board of Deputies, Maccabi GB, the United Synagogue, S&P Sephardi Community, UJIA, JAMI and two big Jewish schools all took part.

They were the first to undertake and complete the Jewish Leadership Council’s new Dangoor Senior Leadership Programme, supported by philanthropist David Dangoor.

Participants included ZF director Arieh Miller, who will now take over as chief executive at the Union of Jewish Students from March, and Amanda Bowman, who became the vice-president of the Board of Deputies while on the course. 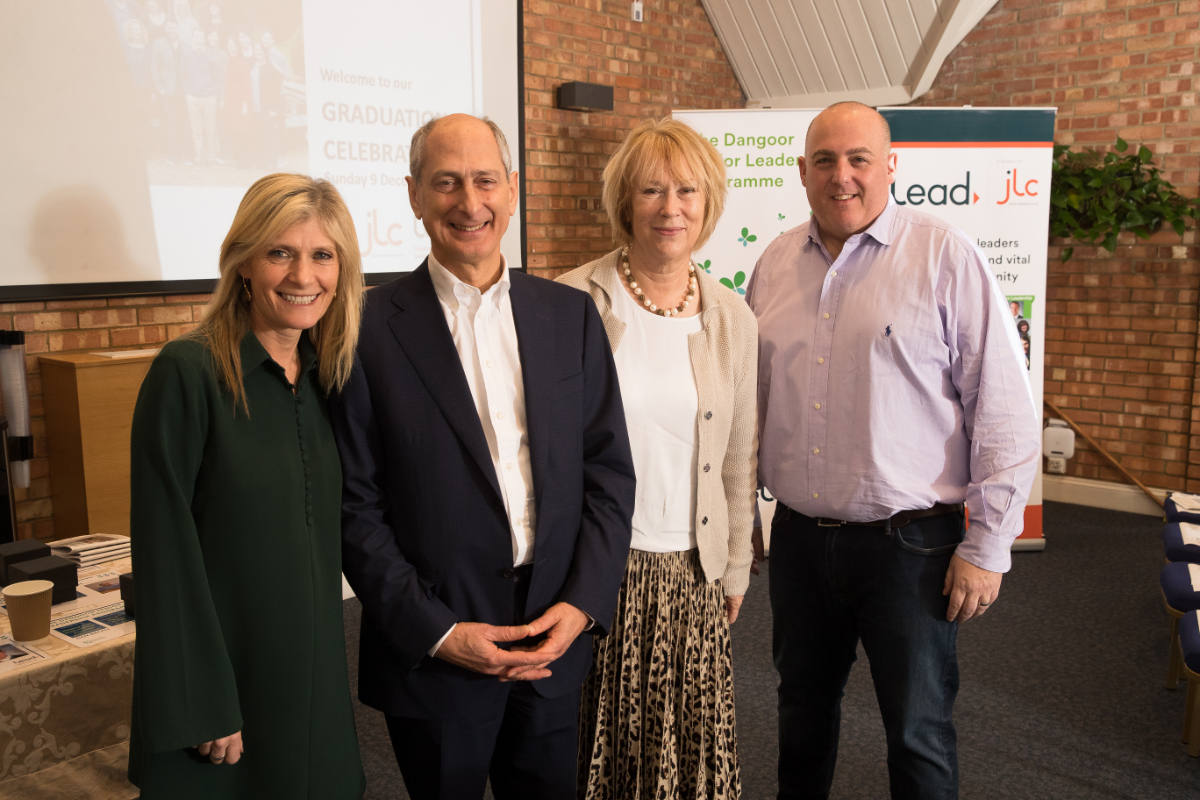 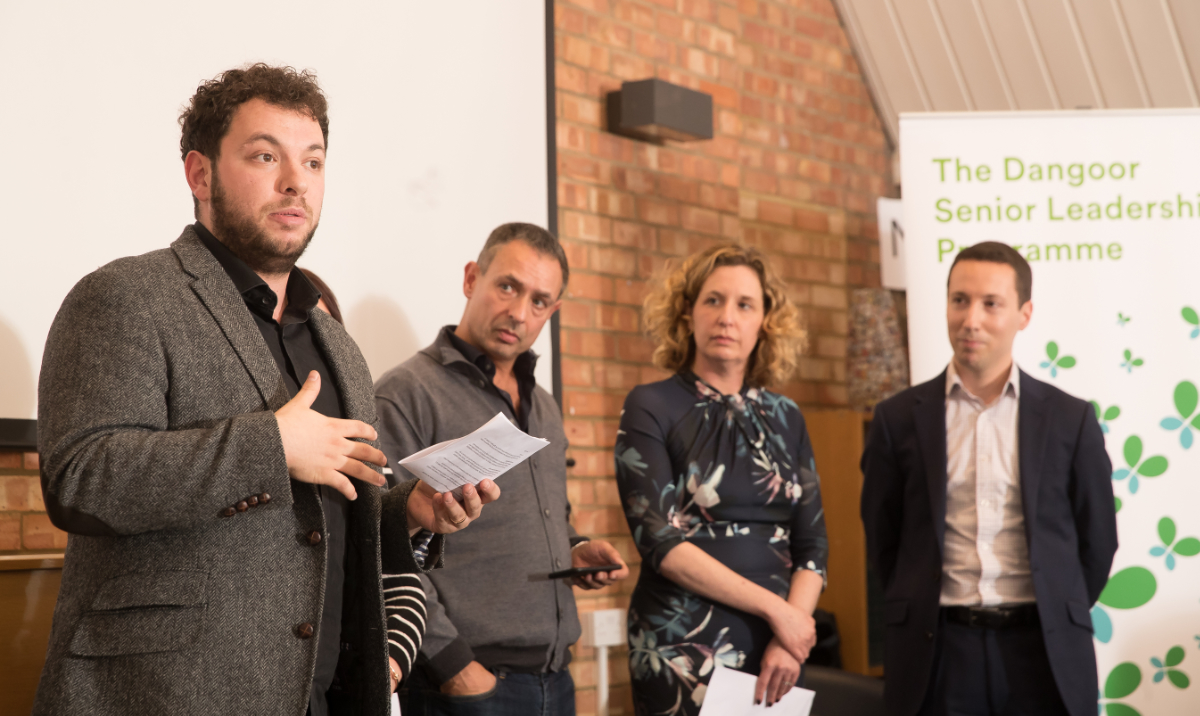 Arieh Miller, head of the ZF and now heading to be CEO of UJS, speaking during the event.

Part of the course was delivered by management consultants at Windsor Leadership, with participants learning about sense-making, relating, visioning, inventing, reconnecting and refining. One module was called ‘The Leader I am Now, The Leader I Need to be Going Forward.’

Sweetland paid tribute to “a special and unique group of participants,” adding: “It really has had an impact on how I see myself now and in the future.”

The JLC would not reveal course costs or applicant numbers but said recruitment for the next cohort will begin next year. 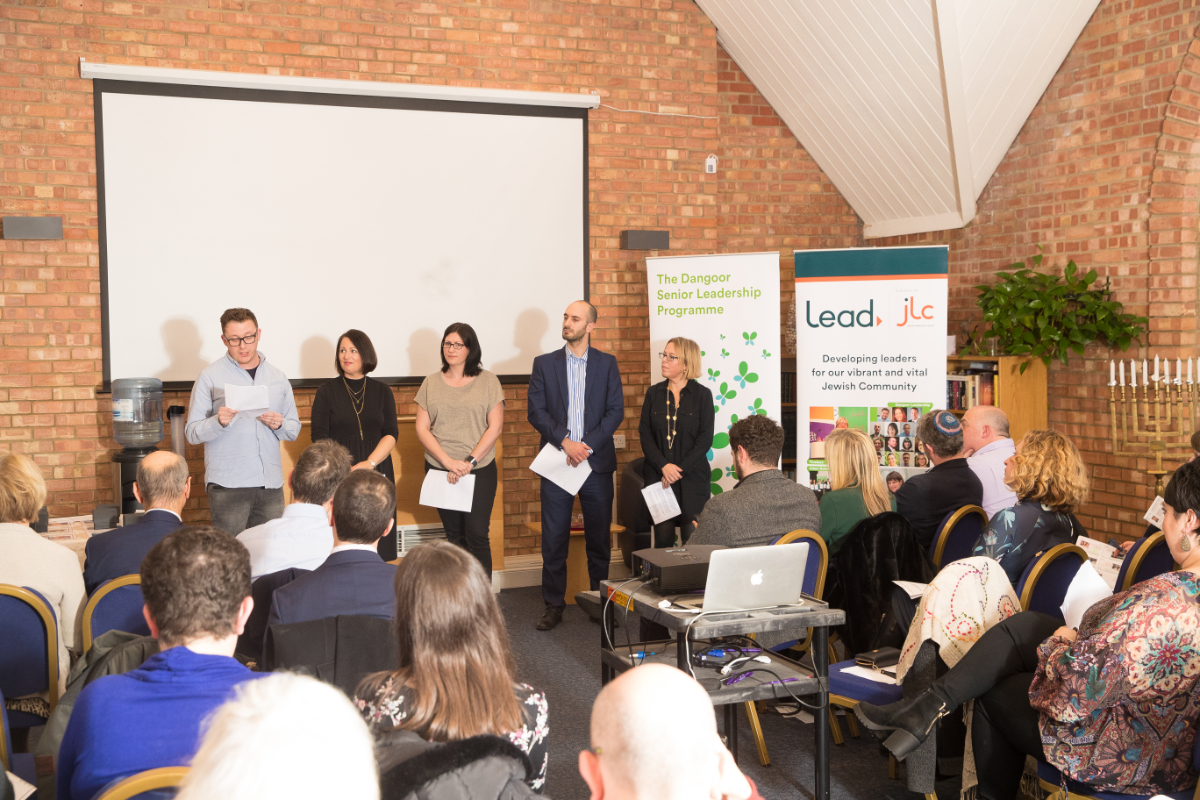