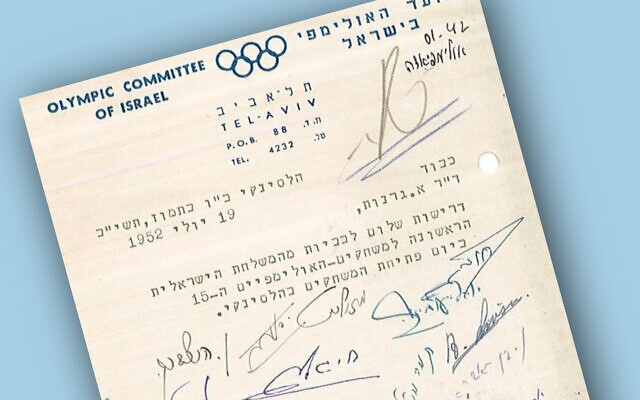 The letter was discovered in the archives of the Jewish National Fund (Photo: KKL-JNF)

A fledgling Israeli team was able to participate in its first Summer Olympics in 1952 thanks to a charitable donation from the Jewish National Fund, new documents have revealed.

The country, barely four years old at the time of the Games held in Helsinki, was lacking in financial resources and could not afford to send a full athletic delegation.

But a contribution from the KKL-JNF worth 1,000 Israeli pounds (1,000 pounds sterling, equivalent to approximately £35,000 today) helped ensure a team could compete.

The letter from the Olympic Committee of Israel, discovered in the KKL-JNF archives, thanked then-chairman Avraham Granot’s contribnution.

It speaks of “heartfelt wishes from the first Israeli delegation to the Olympic Games” and was signed by athletes including the runner David Tabak and springboard diver Yoav Raanan.

In addition to athletics and diving, Israel competed in basketball, shooting and freestyle swimming.

But the country was not to win its first medal at the Olympics until the Barcelona Games in 1992.

This summer’s Tokyo Olympics have already proved to be the country’s most successful medal tally. 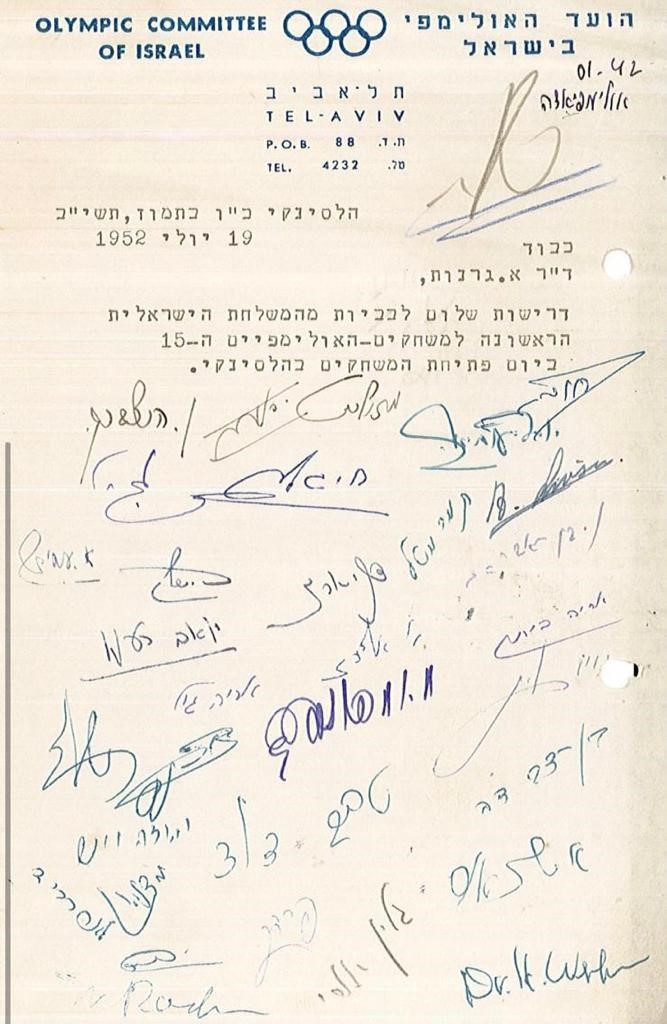 The letter was discovered in the archives of the Jewish National Fund (Photo: KKL-JNF)

“We are thrilled to reveal a historical document dating back to 1952’s summer Olympics,” said Ricky Dadon, KKL-JNF’s head of archives today.

“At that time, the Israeli Olympic Committee requested financial support from KKL-JNF and, of course, like always, KKL-JNF was up to the task.”

“We are proud of the way things turned out in hindsight, and certainly are proud of where we are today. KKL-JNF sends its congratulations to all of the Israeli athletes competing during these very moments, and we wish them much success in the future.”