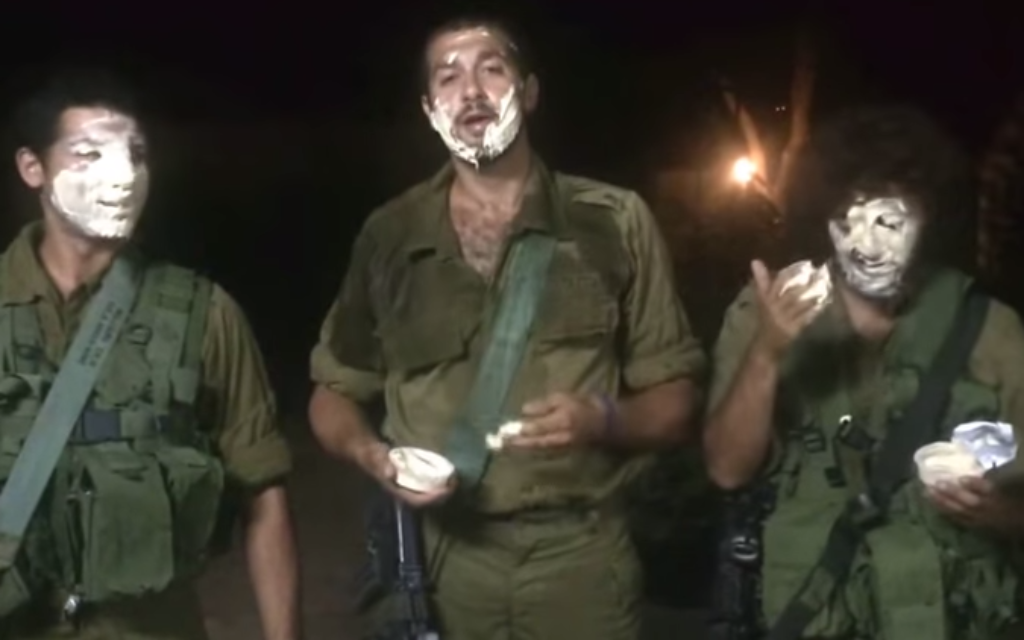 Ice Bucket what? IDF soliders smear hummus on their faces

Many of you will have seen your Facebook feeds deluged with Ice Bucket Challenges in the last week, as thousands of people around the world dump icy water over their heads in a bid to raise money for research into ALS (amyotrophic lateral sclerosis, a form of motor neurone disease).

Since its beginnings in June, the trend has seen everyone from politicians such as George Bush to celebrities like Victoria Beckham take part, with over £37.5 million raised for ALS charities so far.

But in Israel and Gaza, the craze has provoked two more political spin-offs.

Ice Bucket what? IDF soliders smear hummus on their faces

IDF soldier Corey Feldman, 26, and two peers have created the ‘Hummus vs. Hamas’ challenge, piggy-backing off the Ice Bucket’s popularity to publicise the dangers of the terrorist group.

In a video, Feldman and his colleagues smear their faces with hummus, declaring:

“Hamas is a terrorist organization that threatens the lives of both Palestinians and Israelis. Hummus, on the other hand, is delicious.”

“Hamas is bad, hummus is good,” another soldier chimes in, his cheeks smothered in gooey hummus.

Feldman then gives his nominees 24 hours to complete the challenge or donate $100 to the Friends of the IDF.

Meanwhile in Gaza, the more sinister and painful ‘Gaza Rubble Challenge’ is beginning to trend.

The spin-off sees people pour buckets of sand and rubble over their head before nominating others to do the same.

According to its Facebook page, the campaign aims to “raise awareness about the ethnic cleansing in Gaza.”

“Although we cannot bring the families buried under the rubble of their homes back to life, we still can stop it from continuing to happen,” the page says.

“I liked the idea of the ice bucket challenge so I decided to create the Palestinian version. We looked for a bucket of water, however the use of water is more important than to empty over our heads,” he said.

“If five famous people in the world like actors or presidents will do the challenge, that means I succeeded in sending the message about Gaza,” says Mr Aloul.