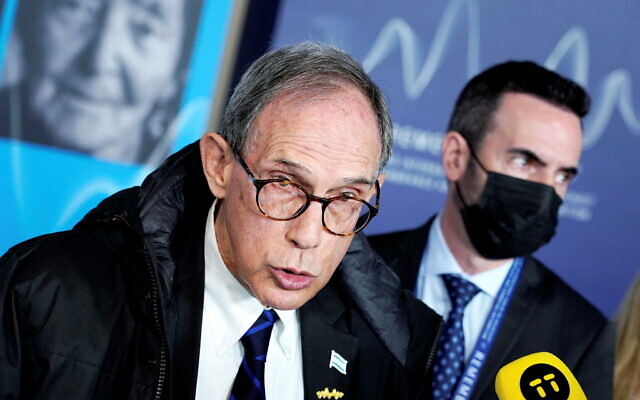 A leading politician in Naftali Bennett’s government has criticised him for failing to enact his own plans to grant progressive Jews a prayer space within the Western Wall plaza.

In recent years many progressive Jews, especially women, have been physically attacked on the pretext of breaking rules set by the Orthodox authorities that operate the holy site.

But Shai’s remarks illustrated the contrasting views that exist within the coalition as Bennett told the Jerusalem Post the reforms would not carried through.

The diaspora minister was speaking during a wide-ranging interview for this week’s Jewish News Podcast in which he also suggested Israel’s role organising military operations to help Jews around the world was now over.

He said Israel was now home to more Jews than any other country and that position created “responsibility for Jewish life out of Israel” as they combat resurgent threats like antisemitism.

“We can’t do everything and we’re not going to send our troops to help troops in the diaspora. No more Entebbe. But yes, we can help through states, through NGOs, through public opinion and sometimes directly.”

On the 2016 deal to create an egalitarian space at the Western Wall, Shai said Naftali Bennett — himself a former diaspora minister —had been “very proud” to negotiate the arrangement and had boasted about it for a brief while.

“I said to him the other day, Naftali, now you should also complete the job. That’s it,” he said.

“You were there at the beginning and now you have to end the job and make it possible for everyone to come to the Kotel.”

There were hopes that the plan would be revived under Bennett’s left-right coalition after it was put on ice by Benjamin Netanyahu under pressure from his strictly-Orthodox partners.

But Religious Affairs Minister Matan Kahana told Israeli media last month that it had become a focus for incitement by Netanyahu and his allies and that the coalition was “not touching it”.

And this week Bennett himself confirmed the plans were on ice because it was a “controversial topic within the coalition”.

Shai said that approach was wrong: “I disagree with the prime minister. I have to tell you, very honestly.

“I disagree with him that he hasn’t brought it to an end so far and we lose time and there is no reason for that. I see no reason whatsoever.

“And we continue to press the prime minister and some other government ministers but mainly it’s about him to bring it to a vote and to complete.”

But he said a deal on Palestinian statehood was not possible “as long as we sit together in the same cabinet room where half of the cabinet is for annexation and half of the government is for [almost full West Bank withdrawal] based on two nation-states for two peoples.”