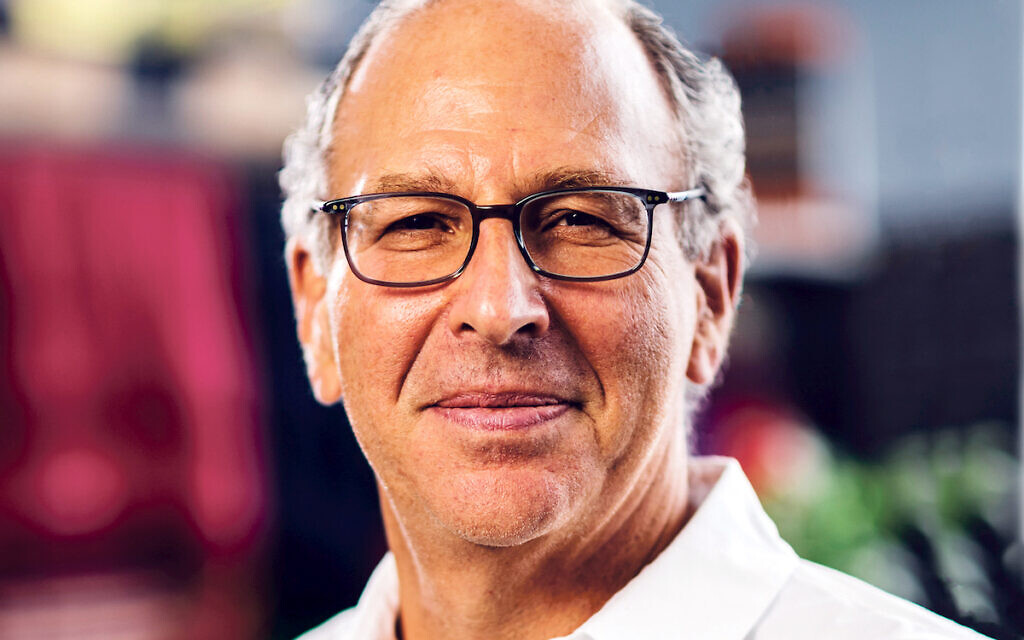 Ever since Jonathan Goldstein revealed he was standing down as Jewish Leadership Council chair last November, just one name cropped up as his likely replacement.

Others at the communal organisation may have thought about putting themselves forward to challenge Keith Black in a contest for the role, but in the end decided otherwise.

Meeting the successful Manchester-born businessman at the stylish home in Primrose Hill he shares with his wife and their five daughters, it quickly becomes clear why Black was seen by so many as the outstanding candidate to follow in Goldstein’s shoes.

Calm, thoughtful, yet direct in his observations when required, the 63-year-old chief executive and chair of the Regatta outdoor clothing brand – a business started by his father and now offering the family a £220 million fortune – says “a sense of duty” led him to put his name forward for the JLC post.

“I was asked, and I wasn’t going to say ‘no’, even though I had been offered other senior communal positions in the past and haven’t done them,” says Black. “I come from that background really… of standing up, of taking responsibility and doing things. I suppose my parents always did and as a kid, yes, I did things off my own back as well.” 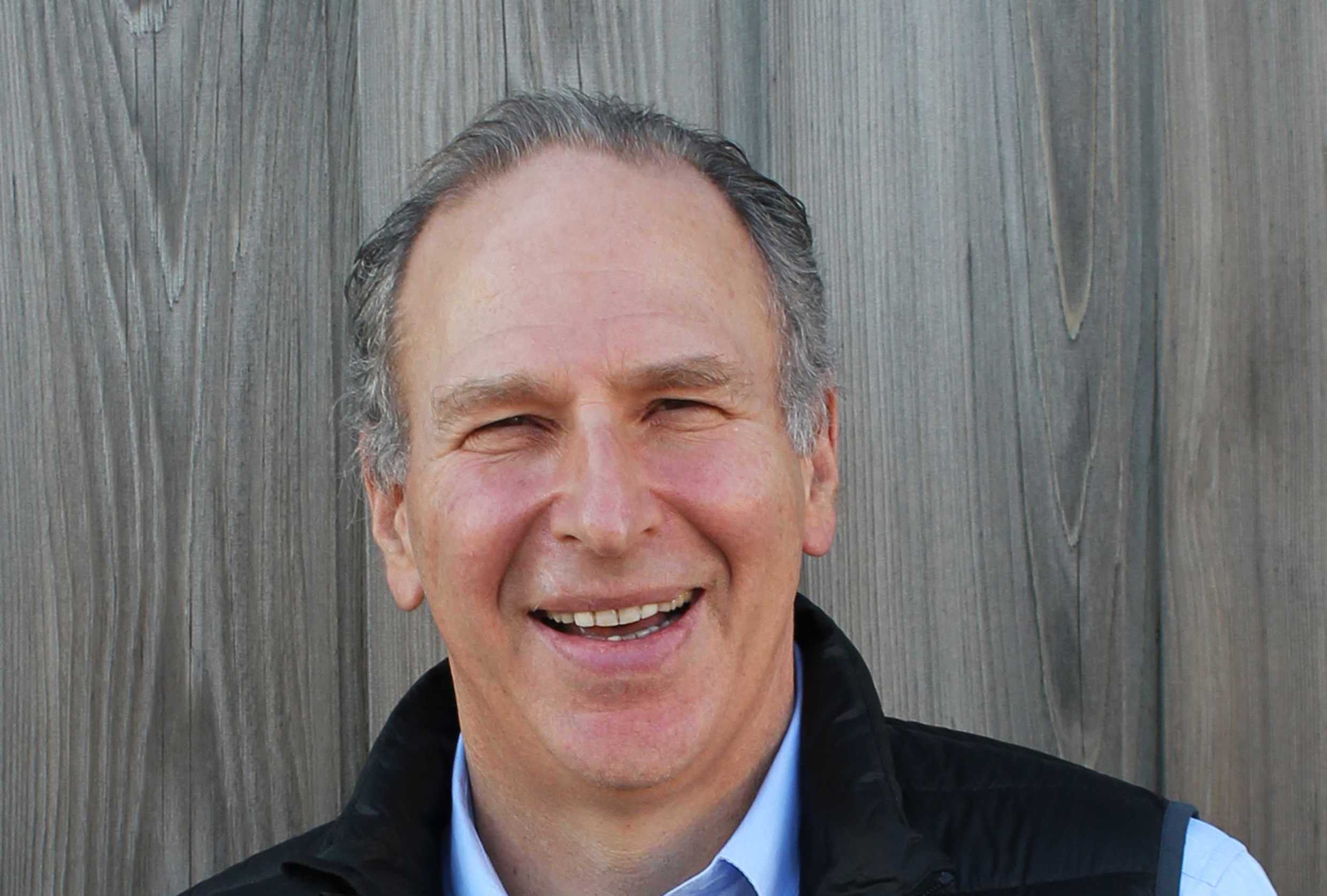 Black’s late father Lionel was the well-respected chair of JIA – the forerunner to UJIA – in Manchester, before being made life president. He had also been the inspiration behind the success of the family business, having first started selling army surplus gear in the 1970s.

It is clear that this dual approach, of dedication and love for the Jewish community coupled with an inspired approach to business, rubbed off on Lionel’s son.

Black had been at university in Southampton, where he took a law degree, when a speaker at a Jewish event had suggested he start events for young adults in the Manchester community when he returned to the city. Before too long events, frequented by Jewish twentysomethings, had become “massively successful”, recalls Black of those early 1980s gatherings.

“There had been no young UJIA. We broke this model at bit. It was educate, take responsibility, have fun. Get them fundraising, but also have parties as well. At the end of the day, 21-year-olds want to meet other 21-years-olds. Then we took them to Israel as well. Two busloads at that time. It absorbed me.”

I come from that background really… of standing up, of taking responsibility and doing things. I suppose my parents always did and as a kid, yes, I did things off my own back as well.

Black returned to work in the already thriving family business. He has never looked back. “I’ve only ever had one job in 40 years,” he says, chuckling. “At university I took my gap year in Israel. I joined [Regatta] after uni and we grew it, and grew it.”

Speaking from his downstairs office, with a book on Bob Dylan on a coffee table, Black says communal life and business life are “two different worlds” to him. “The best thing we ever did was we went to China in 1984,” he says when reflecting on Regatta’s success. “There were literally two other firms in China at the time. You could grow your capital base and make money.”

Today, Regatta employs thousands of staff at outlets globally, with families and outdoor walkers alike attracted to its practical and affordable coats, footwear and other clothing.

A 2019 profile on Black and the firm had highlighted his stated belief in treating those who worked for the firm in the same way he would like to be treated himself. Were these also the Jewish values he had learned, I ask. “Absolutely. That’s where that comes from,” comes the immediate reply. “Treat others as you would like to be treated yourself.”

Black’s barmitzvah had been in a Reform synagogue, but after university he returned to Manchester and started going to a more Orthodox shul. After moving to London with family, he found South Hampstead shul the perfect place for religious observance, with the bonus of it offering him a wonderful introduction to the diversity of communal life in London.

Just days into his JLC chair role, Black is gushing about the work carried out in the mental health arena by a charity like JAMI, while offering similar praise for the efforts of the London Jewish Forum. His 35-year association with UJIA has given him a lengthy spell to observe the fine work it does, while his active work at the Community Security Trust, which he represented on the JLC’s council of membership, also offered him a close insight into their vital security work.

“I used to spend my Monday nights going around raising money for Israel,” he recalls of his early days at UJIA. “That job had to been done, and we have built the state successfully.

“We now have to build a state able to deliver on its original ambitions. We need to build a community of Zionist Jews who want to work at that. We need to stand up for this on the world stage, against BDS and issues around the United Nations.” But he concedes that some criticism of Israel “is justified”. Like any other state, Black observes, Israel “doesn’t always behave well”. Hinting perhaps at a focus of his JLC role, he expresses concern about a drift among young Jews towards a position where “it is not just a straightforward ‘we love Israel’”. Black continues: “They don’t like the problem with the Palestinians and solutions are not clearly in place.”

If his predecessor Goldstein had leaned to a centre-left position politically, Black sees himself more on the centre-right. A Conservative Party supporter, but not a member, it is also apparent that he would be comfortable sitting down and having a dialogue with Sir Keir Starmer. The Labour leader is, Black observes, “cut from a different cloth to that of Corbyn”. It would be wrong to cast Black as a political obsessive though. He is someone who enjoys the challenges of business and communal life. But his observations on politics and social issues are intelligent and concise.

“All this nonsense about whether England is a safe place to live – I think it is a wonderful place to live,” he says, referring to the recent comments by JNF UK chair Samuel Hayek. “We know the problems, but I still think it’s one of the best places in the world to live as a Jew and we should be very proud of this county, it’s essential respect for the law, it’s essential decency. It is a kind country, by and large.”

Black praises his predecessor Goldstein’s work but the battle with Corbyn, and the impact of the pandemic, meant Goldstein did not get to achieve all he probably could have.

Black says he is well prepared to ensure that work duties do not get in the way of his JLC efforts. He describes the umbrella organisation as offering the table for the JLC’s 37 member organisations to sit around.

The JLC is, he says “the moderate centre, neither left nor right. We are not political, but we are pragmatic – that’s my style anyway.”

He praises Marie van der Zyl, the Board of Deputies president, who he speaks to most days. “I get on with Marie extremely well. I think she is excellent and the community is lucky to have her.” But on the much discussed question over the possibility of a merger between the Board and the JLC, Black is quite blunt. “There will be no merger,” he says. “We do different jobs.”

But he does hint that he might take a look at preventing possible overlap in work conducted by the two organisations moving forwards – especially in the regions.

He concludes: “I am a businessman, I operate business, multi-brand, multinational, I quite like joining dots up. I enjoy improving how things work. Coming into my role within the community, with all its richness laid out in front of me, and trying to do whatever I can do to make it even better.”