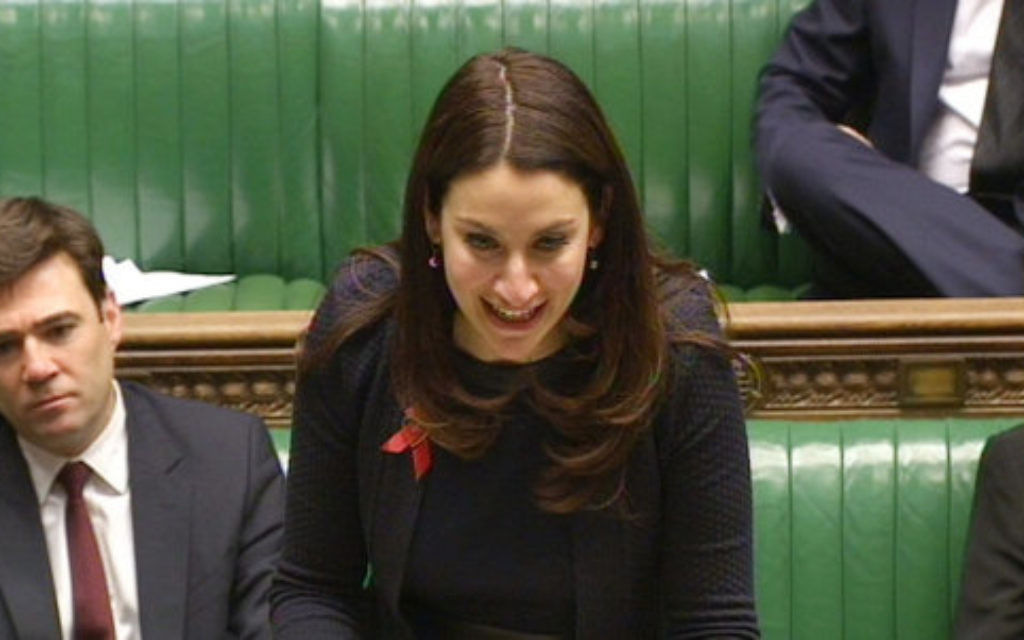 Our world is now more connected than ever. Technology – specifically social media – allows us to establish lines of communication hitherto unthinkable.

As technology has developed and the use of social media proliferated, unfortunately so too has the echo chamber for racism expanded. As chairman of the All-Party Parliamentary Group Against Antisemitism and with the Inter-Parliamentary Coalition for Combatting Antisemitism, I have been working together with the industry and MPs from across the world to tackle cyber hate.

Predominantly, this has been through improved self-regulation by the companies in question. In September, I went to California to agree protocols on hate speech on the internet with Facebook, Twitter, Google and Microsoft.

They were among others that endorsed a series of pledges to introduce better, user-friendly reporting systems and more rapidly respond to allegations of abuse. It is easy to look at the big picture and work with companies to implement frameworks to tackle abuse.

It is, of course, a very different experience to be on the receiving end of antiSemitic hate and death threats. Recently, an important precedent was established when a man who had sent an anti- Semitic tweet to my parliamentary colleague, Luciana Berger MP, was jailed. While civilised people the world over celebrated the news, it elicited quite the opposite response from Nazi sympathisers and far-right extremists. Taking inspiration from one lunatic, posting articles to an American server, a number of ‘activists’ took to Twitter in an attempt to orchestrate a campaign of hate and vitriol.

I was not prepared to let Luciana fight this alone and so raised a point of order at Prime Minister’s Questions and queried whether Twitter might be brought to the Commons to answer for the hate that was being espoused through its platform. Subsequently I, too, became subjected to the ire of fascists and racists on twitter. If you have ever suffered abuse through the medium of Twitter, you will know how difficult it is to report it and have action taken. Given the work I have already done with the company, it should not come as a surprise that I was able to make contact with the company and request action.

While individuals have sought to be helpful, hateful accounts and messages targeting both Luciana and myself remain online and my experience points to a significant structural failure to curb racist activity on social media.

In November, I will visit Twitter and Facebook European HQ’s with parliamentary colleagues and will take my concerns to them. This week, I led a debate in the House of Commons about these matters and asked the government and the parliamentary authorities what action they would be taking. I set out a number of practical suggestions.

What happens on social media has real world consequences. I expect Twitter to make it easier for any victim of abuse to report hate so the threat of harm is reduced. I want the social media companies to invest extra resources in tackling cyber hate.

Protocols that companies have signed up to, such as the ICCA/ADL accord, should be honoured and there should be more transparency so it is easier to contact people working for these companies.

I expect these companies to work proactively to develop algorithms that identify repeat offenders and key words which, when they appear together, are automatically removed. I want racist and anti-Semitic pictures to be taken off these platforms and I want police RIPA requests to be more speedily processed through the UK.

Specifically, I want our police and courts to ensure they are at the forefront of the fight against cyber hate. Sex offenders can be barred from social media and from online activity.

I believe that if they show a considered and determined intention to exploit social media networks to harm others, individual perpetrators of harassment and racist abuse should also be subject to such a ban. If they can do it for child exploitation, then they can do it for racism and anti-Semitism.

Technology has helped us to create new and important means of communication. I will not allow the racists and anti-Semites of the world to be the primary beneficiaries.

OPINION: Why I’ve added Royal Family and Armed Forces to one of our most solemn, sincere prayers