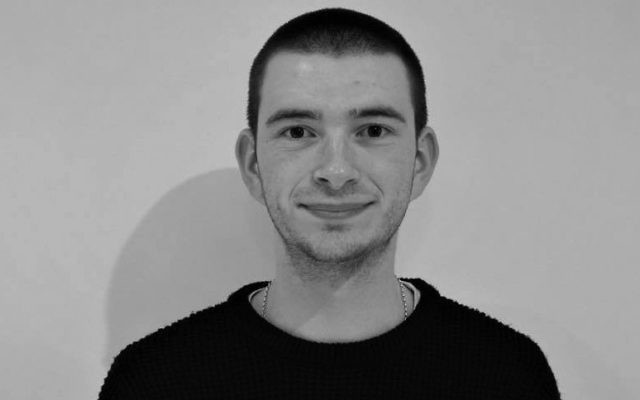 Josh Holt
Members of the Union of Jewish Students have overwhelmingly elected Josh Holt to lead the organisation next year, after he won almost two thirds of the votes at the union’s annual conference on Sunday.
Nottingham student Holt, who won 682 first preference votes out of 1,049 cast, had been in a three-horse race with Adam Schapira, who won 258 votes, and Eran Cohen, who won 89.
Cohen’s candidacy had widened debate this year, owing to his fierce criticism of Israel’s policies and passionate support for Palestinian rights, which he says has seen him and other like-minded students side-lined.
Current UJS president Josh Seitler appeared to have heard the concerns, saying: “We should not mistake majority mandated campaign positions for parameters that limit thoughtful exchanges of ideas and education within J-Socs and UJS.”
He criticised voices within the Jewish communities on campus and beyond that had suggested non-orthodox views should not be given the respectability of a platform.
“There is space for the religious Zionist who doesn’t want to divide Jerusalem or relinquish Judea and Samaria. There is room at the Friday Night dinner table for the non-Zionist whose Jewish identity is spiritual and who is ambivalent about Israel. And there is a place for the internationalist opposed to all borders, nation states and by extension Zionism – and many more views in between,” he said.
“It shouldn’t need stating, but the derision and disrespect from some quarters have made it so.”
He acknowledged that while most Jewish students supported the drive to combat the Boycott, Divestment and Sanctions (BDS) movement, and to support a two-state solution, it was also important to realise that “our campus communities can contain conversations that stretch well beyond these campaigns”.
Holt, who is already a Student Trustee on the UJS National Council, paid tribute to the “amicable and respectful” way in which the candidate had conducted their campaign during election process “despite the diversity of our views”.
He added: “These elections have undeniably flagged up issues within the current system, and I look forward to addressing these moving forwards, focusing on our diversity as a strength, and the value of pride in our identity.”
Holt said his campaign carried no political agenda. He currently sits on the Board of Deputies’ International Division, where he heads the Israel Activism sub-group, and is also involved in interfaith projects.
Among the challenges he faces when he replaces Seitler next year is representing the views of all Jewish students in the rolling national debate about whether Jewish students should be free to define what constitutes anti-Semitism on campus.
The debate stems from past comments made by the current president of the National Union of Students, who has previously attacked Zionism. Malia Bouattia, another critic of Israeli policy, has said her comments were political, not racial, and has sworn to protect Jewish students from anti-Semitism on campus.