Members of West London Synagogue and New West End Synagogue, together with worshippers and staff at Al Manaar mosque, enjoyed an interfaith succot lunch on Sunday.

The mosque, which is situated just over a mile away from Grenfell Tower, hosted the event with the aim being to “promote mutual understanding, cohesion, and interfaith work” between the two faiths.

Residents who were affected by the tragic fire – of whom the mosque and local shuls have donated money and gifts to – were invited to the lunch, which also served to address poverty and homelessness in London. Participants were encouraged to bring a can of food which was donated to the mosque’s homeless night shelter.

Rabbi Natan Levy, of Faiths Forum for London, who helped to facilitate the initiative, said: “After Grenfell, the mosque and synagogues opened their doors and purses and hearts to the victims of the Grenfell fire. The succah continues this generous community spirit of hospitality. This succah in the courtyard of Al Manaar is a tangible symbol of healing and hope at the heart of a community that is coming together across divides of faith and sectarianism.

“I love all the questions I get – such as Why are you building a booth in my backyard? But my favourite element here is the children, we adults do interfaith, but having kids come here, a Jewish child coming to the mosque for the first time and saying “that looks like a synagogue”. By hosting a succah, the mosque is saying “our doors are open”. A succah doesn’t have any doors at all so hopefully it begins the process where people feel really welcome.” 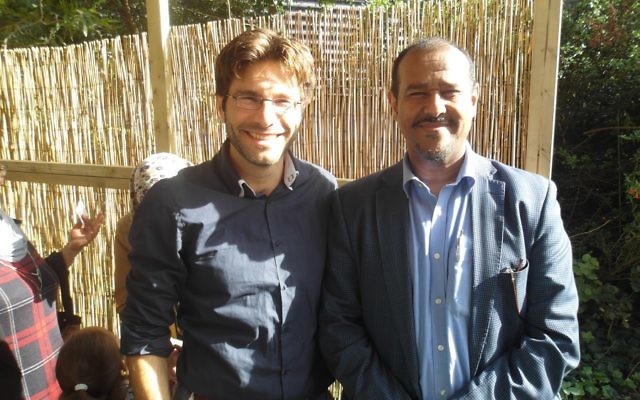 Abdurahman Sayed, Chief Executive Officer of Al Manaar, said: “We have issues of homelessness in London, we wanted to do something so thought this would be the best way to get some people to learn about the Jewish faith and Succot, and at the same time invite anyone to come and have a kosher halal lunch.

“In terms of community cohesion, we take it as a very serious opportunity and project. We feel we’re here to promote cohesion and mutual respect and one way of doing that is to engage with our fellow citizens from different faiths – as well as to learn from them. That way we can promote our shared values as well as help the needy.”

Talking about other multi-faith projects, he added: “Last week we started a winter homeless project where we’re participating with churches and synagogues to provide a home for at least one night a week. They have soup, a bed to sleep in and breakfast, before they go off on their normal day, after which they will go to another church or synagogue. It’s a show as to how the faith communities are working together. We’re very excited about it, and providing help to the needy is what our faith is about. It also shows that differences are very minor and that our shared values are more, to experience that is a great thing.

“Last Friday I asked people to come to the succah, to share it and people were very impressed – saying we had a succah in a mosque! The tradition of a succah for me was new and I was very glad to learn about it. 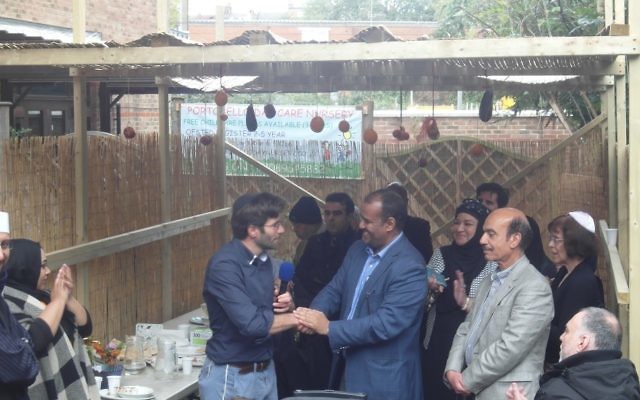 Reflecting on the day, he said: “Overall, this was a wonderful opportunity to promote mutual understanding, cohesion, and interfaith work to address poverty and homelessness here in London.

“It was also an expression of support and salve to the survivors of the Grenfell fire. This tragedy brought our faith communities together, and this sukkah will keep us working together. The crisis and its response confirmed the strength of our shared values. The succah in our mosque now creates a positive legacy to build strong bridges between faiths.”

The event was also held in partnership with pennyappeal, a muslim international charity which work with the homeless in the UK. Saleha Islam, Regional Director of London, said: “I’ve done a lot of work with Jewish communities with Mitzvah Day and the London Faith forum. When I heard about this initiative, I spoke to the leader here and said “this would be wonderful if we could do this here. Through things like this we get to know our brothers and sisters from other faiths as well.

“We agreed to put the succah up and invited members of the different communities for them to get to know each other, to celebrate with you [the Jewish community]. I also think it’s important because although this is a joyous occasion for the Jewish community, I wanted to bring it round to the whole subject around homelessness as well. 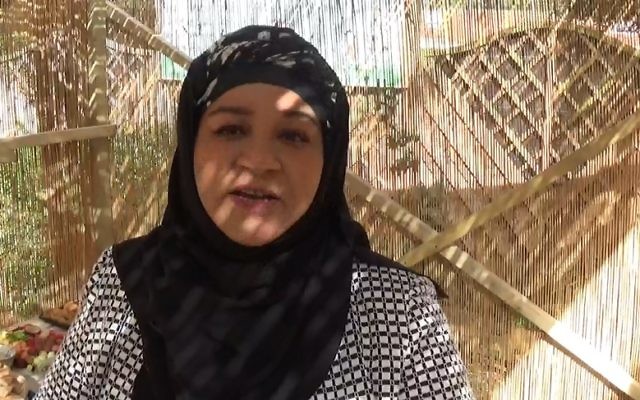 “It’s my first time in a Succah and I love it. The people here love it so much too, that they’re going to keep it here – which is fantastic. It’s so lovely, the community came and helped to build it which is so nice.

“It’s very important we understand each other’s cultures, faiths and backgrounds and it’s from doing things together that we break down barriers and get to kid of really know each other and those things I think are very important to us.

“We live here in the UK, we have UK issues, we are cousins in faith, that’s really important, cousins have arguments, but also get together, and I think this is a way of getting together.”

The succah, which was built on Wednesday, will remain standing during the festival and be open to everyone. Pre-school children from The Al Manaar Muslim Cultural Heritage Centre will also visit the succah where they will learn about Jewish-Muslim relations.