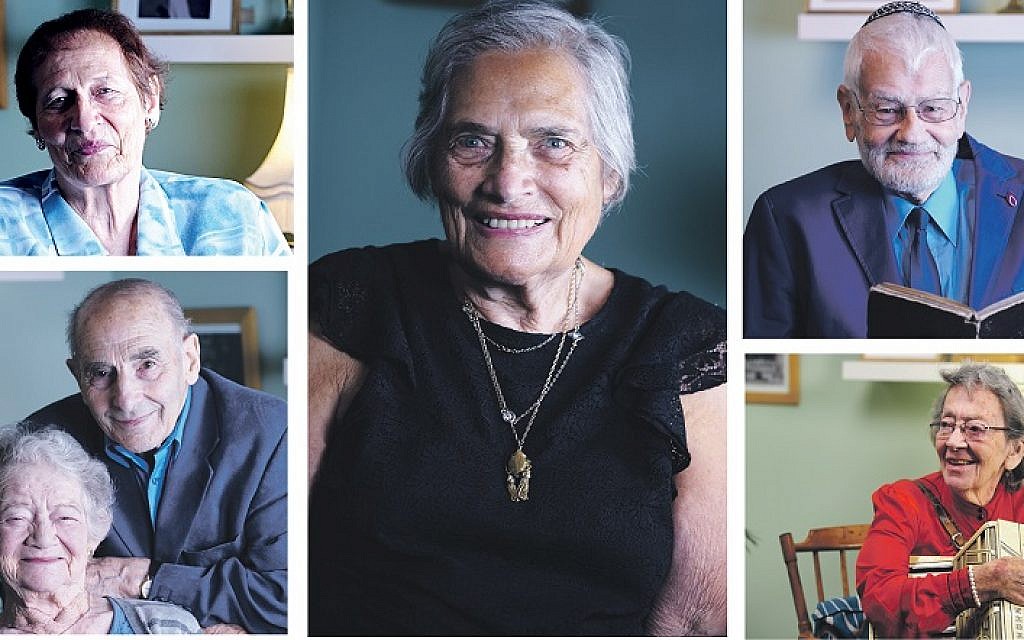 “Mum and dad hugged and kissed me, then whispered that I should look out the window at the next station, but one. There were my parents, on the platform, waving to me as if their hands would drop off. That was the very last time I ever saw them.”

Decades have passed and yet the pain of being separated from her parents is still discernible for Ann Kirk, one of 10,000 children who arrived in Britain in 1939 on the Kindertransport.

This remarkable rescue operation by Jewish and non-Jewish charities, which offered children the chance to escape the Nazi persecution in occupied Europe, was propelled by the events of Kristallnacht – the Night of Broken Glass – on 8 November 1938.

As this week marks the 80th anniversary of the violent pogrom, the Jewish Museum London opens a new exhibition featuring the stories of six of the child refugees, known as Kinder, who are now in their 80s and 90s.

Speaking frankly through a series of touching short films, the Kinder – who were aged between four and 14 when they left their families – reveal conflicting emotions of gratitude in being rescued, but also loss and regret over their loved ones.

Many begin with their earliest memories of an otherwise happy childhood, before the Nazis came to power and “turned life upside down”.

Bea Green, who was aged just eight at the time of Kristallnacht, vividly recalls discovering blood on her father’s suit after he was brutally beaten by Brownshirts and forced to walk barefoot through the streets of Munich, while wearing a mocking placard around his neck.

Bernd Koschland also reflects on the terrible events of that night: “We were marched down to an open spot in the town and had to stand there during the cold November night. Father, along with other men, were taken to Dachau, a picture of which I found at Yad Vashem. It shook me to tears and nearly out of my skin when I saw that.”

Acknowledging the acute danger they were now in, the families of the six Kinder prepared to say goodbye to their children – in some cases for the very last time.

All express feeling angst over being separated from their parents, as well as trepidation over what lay ahead in England.

While many were taken in by loving foster families, others, including Ann’s husband, Bob, were moved between hosts and hostels. In Bob’s case, he moved at least five times before the Second World War had even begun.

Meanwhile, Elsa Shamash recalls feeling like an outsider at her boarding school.

After the war, Ann, Bob and Bernd would all tragically learn their parents had been murdered in the Holocaust, while Bea and Elsa reconciled with their families.

But Ruth Barnett, who was just four when she left Germany for England, reveals another devastating effect of her separation. Despite both her parents surviving the war years, she was unable to connect with them and rejected her mother – who was not Jewish – when she visited in 1949.

Ruth remembers: “Out of nowhere, my mother appeared. I couldn’t connect with her. I was really frightened whether this was a ghost come back from the grave, or whether it was a real person. I didn’t dare touch her.”

Alongside their powerful testimonies are photographs and precious objects the Kinder brought over to England. These include Bea’s accordion, which she began playing at the age of 10 and Bernd’s hairbrush, featuring a ribbon and his initials, given to him by his mother. Ann’s bilingual dictionary has blackened along the German to English half, having been thumbed so regularly.

Dr Kathrin Pieren, who co-curated the exhibition with Jemima Jarman, says the testimonies reflect the differing experiences of the Kinder.

“The Kindertransport was an incredible operation involving many organisations and people who gave thousands of pounds to help children they didn’t know. It’s very likely these children would not have survived.

“But clearly there were also difficulties, including children having to deal with the trauma of being separated from their parents. That’s still impossible to imagine 80 years later.”