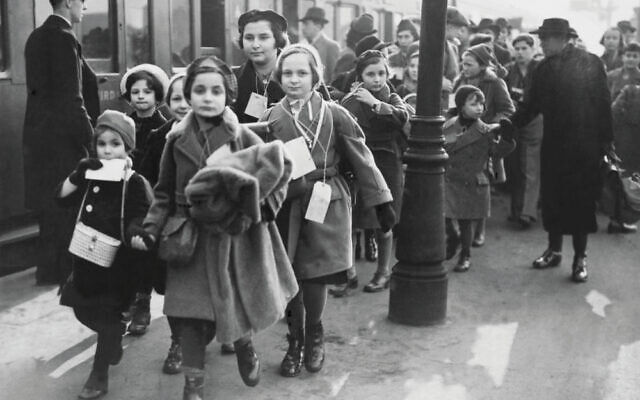 Those rescued from the Nazis by the Kindertransport and the descendants of their rescuers are to help open a new educational display on the remarkable humanitarian aid mission at the Imperial War Museum next month.

The special display titled ‘A Child’s Road to Freedom: The Kindertransport Activists’ will be open to specific schools who have been invited for a session, from on 12 January.

It tell how 10,000 Jewish children came by train to the UK before and after the war.

Attending the opening will be the children of Rabbi Solomon Schonfeld and Sir Nicholas Winton, two humanitarians who together helped organise trains to carry hundreds of Jewish children to safety from Nazi occupied lands.

Jonathan Schonfeld and Barbara Winton will join several of those rescued, including Lord Alf Dubs, Benjamin Abeles, John Fieldsend and Lili Pohlmann, at IWM London at 1pm on Sunday 12 January.

Abeles, 94, came over on Winton’s trains in 1939 and went on to become a physicist who worked on the Voyager spacecraft, while Ukrainian-born Pohlmann arrived in London in March 1946 in the first of the three transports of Jewish children brought over from Poland by Schonfeld.

The Imperial War Museum (IWM) display was developed in partnership with the Amud Aish Memorial Museum in New York and will focus on the “faith‐based beliefs and practices amongst families who entrusted their children to strangers, as well as the activities of activists” such as Winton and Schonfeld.

“The display explores a tumultuous period for the children and their rescuers,” said organisers. “This is a story of resilience, fortitude and faith amongst children, as they try to maintain their identities in a time of deepening despair. Most of their families, left in Europe, did not survive.”

The display includes film clips and artefacts, and is accompanied by learning sessions delivered by experienced Holocaust educators, trained by IWM and Amud Aish England.