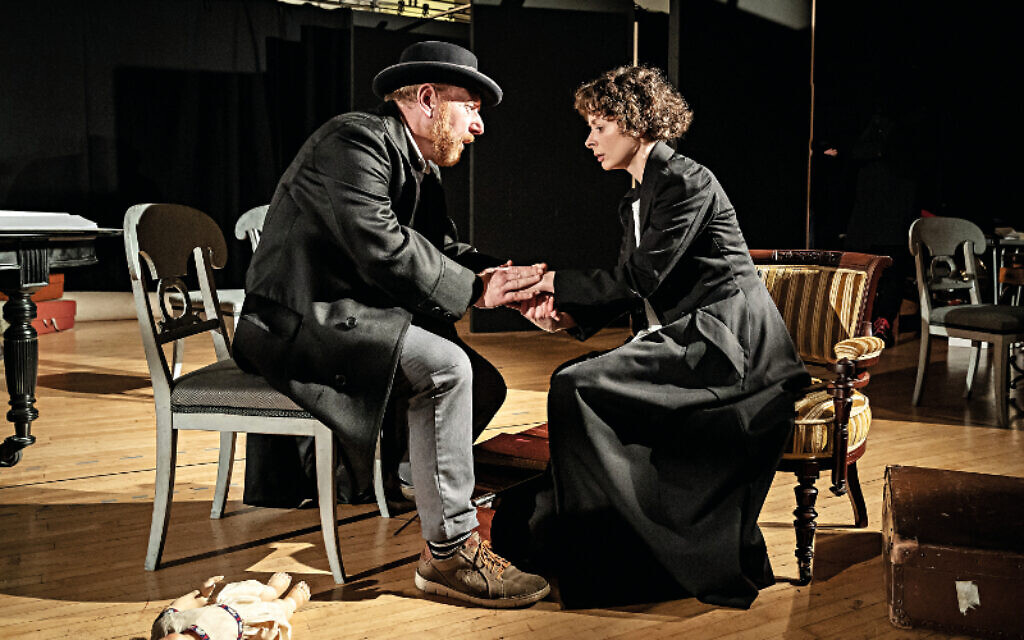 Playwright Sir Tom Stoppard has explored everything from art and politics to fate and freewill, human rights, censorship and unrequited love.

But his many lauded works and screenplays, which include his Oscar-winning Shakespeare In Love, have never drawn on his own Jewish identity, or indeed his Czech family’s connection to the Holocaust.

That is until now.

His latest work, Leopoldstadt, which opened for previews at Wyndham’s Theatre this week, is an intimate Jewish family portrait of three generations living in Vienna in the first half of the 20th century.

Patrick Marber directs a cast of more than 40, which includes Ed Stoppard, the playwright’s son from his second marriage to the advice columnist and presenter Dr Miriam Stoppard.

In the early 1900s, Leopoldstadt was the old, crowded Jewish quarter of Vienna, but times have moved on for manufacturer Hermann Merz, a baptised Jew married to a Catholic, Gretl, and they now live in a more fashionable part of the city.

Assimilated and ambitious to become members of the social elite, the Merz family look upon this era with optimism and opportunity. 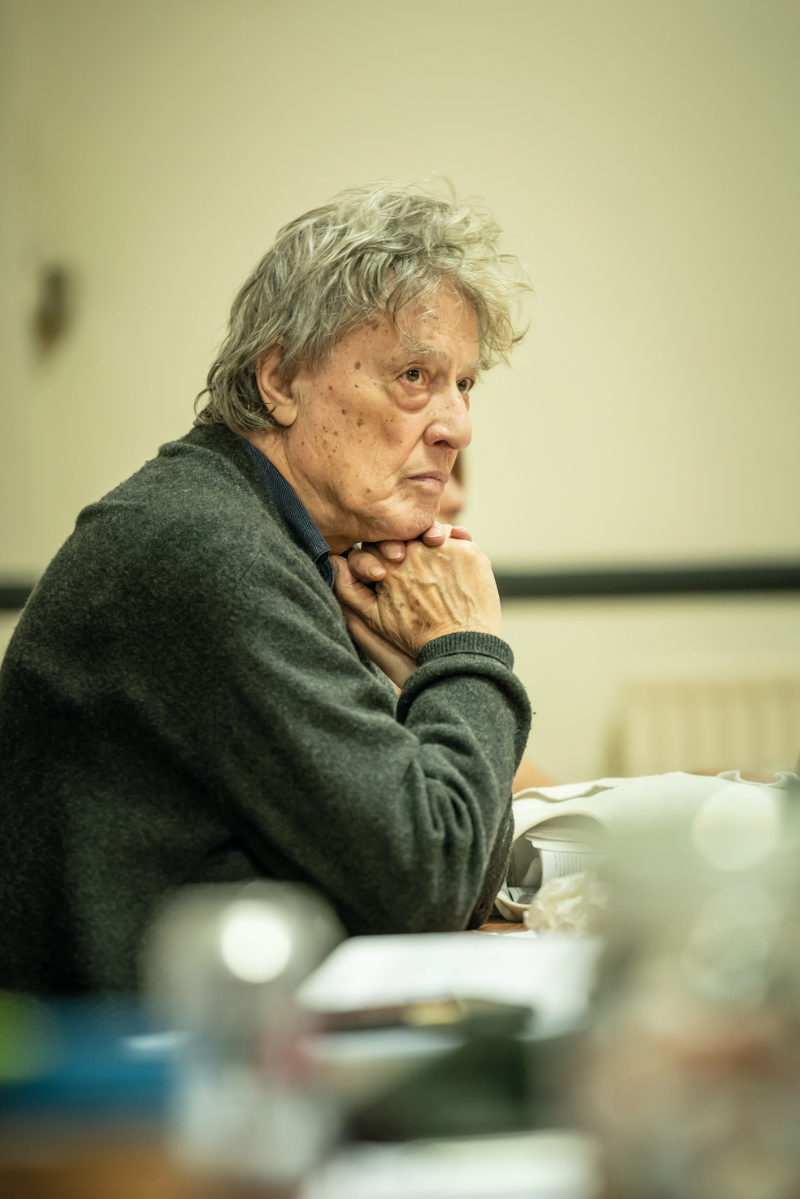 However, by the time Stoppard’s sweeping drama has come to its conclusion, Austria has borne the scars of war, revolution, impoverishment, annexation by Nazi Germany – and for the country’s Jewish community – the murder of 65,000 of them during the Holocaust.

Certainly the play’s opening is pertinent, given this week’s 75th anniversary of the liberation of Auschwitz, coupled with rising fears about antisemitism.

But for the 82-year-old playwright, Leopoldstadt was the result of a much simpler impulse.

“The moment for this play arrived,” he tells me. “I wanted to write a ‘big’ play, and I had no ideas except this one.”

He is at pains to explain that his newest work is not autobiographical – “I did not want to turn my family history into a play, so I didn’t want to write about a Czech family or what happened to me” – but he does acknowledge that his own personal experience inspired, or as he puts it, “suggested the general subject for a play”.

Stoppard, who lives in Dorset with his third wife, Sabrina Guinness, reveals that, “at the very end of Leopoldstadt, the fiction touches on my personal story, an eight-year-old boy brought to England by a British stepfather and ‘becoming British’, barely aware of family heritage”.

Indeed, Stoppard was largely unknowing about his Jewish background until the 1990s, when a Czech cousin visited the UK and he candidly tackled the issue for the first time.

Up until then, he had seen himself as quintessentially English, having moved to England in 1946 when his mother married his step-father, British army major Kenneth -Stoppard.

He recalled relatively little about his pre-war life in the Moravia region of Czechoslovakia or about fleeing to Singapore with his parents, Martha and Eugen Straussler, when he was just two years old. 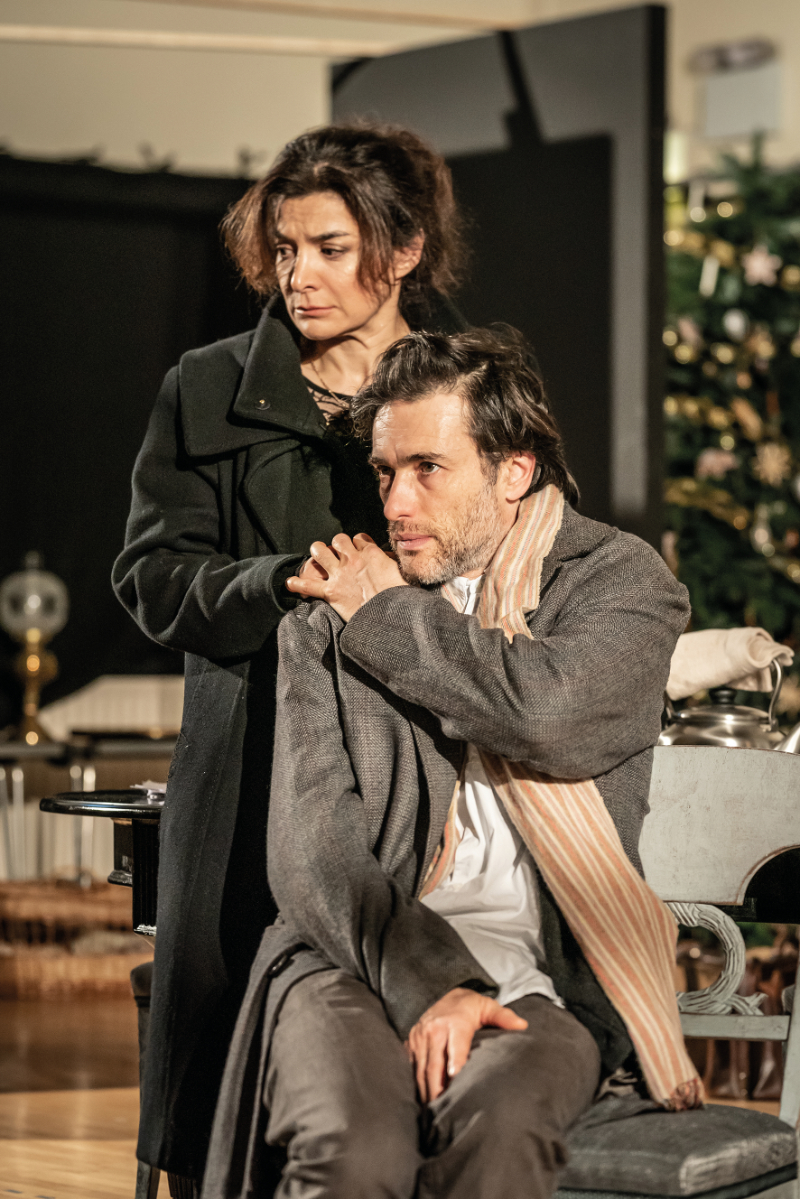 Neither does he recall being sent to Australia with Martha and his brother, leaving Eugen behind in Singapore as a volunteer doctor for the British army. He was still a young boy when Eugen was tragically killed by a Japanese bomb, in 1942.

As his cousin carefully drew a family tree, he learnt for the first time the names of his four Jewish grandparents and discovered that they had all perished in the Holocaust, alongside his maternal aunts.

It was a moment of revelation that left its impression on Stoppard – and which has even been incorporated into a scene in Leopoldstadt.

Having learnt about the tragic impact on his family, I ask Stoppard what his reflections are on the Holocaust today.

“Since I was old enough to have ‘personal reflections on the Holocaust’, my thoughts, I’m sure, have been similar to the thoughts of any thoughtful person, with similar feelings of grief and horror,” he tells me.

“But one particular thought, again shared by so many, has always been to wonder whether, given the same circumstances, the ‘ordinary people’ around one’s own life would be capable of the same genocidal actions.

“I try to resist the idea that certain communities had the potential to murder their neighbours, while at the same time recoiling from the idea that we are all capable of it.”