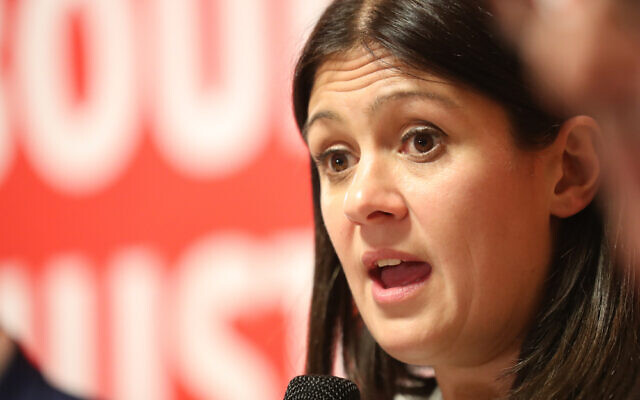 Lisa Nandy has said the Labour Party will “always believe that Israel has the right to defend itself” against attacks.

Speaking at a packed event in Manchester, the shadow foreign secretary also voiced her opposition to a complete ban on weapons sales from the UK to the Jewish State.

She said both herself and shadow Middle East Minister Wayne David “didn’t support the blocking of the sale of weapons to Israel that helped it deflect rocket attacks.”

Nandy added:”Israel has a right to defend itself and Israel’s citizens have a right to live in peace and security.”

In a wide ranging discussion, at the Jewish Representative Council of Manchester and Jewish Leadership Council event, the Labour front bencher said there were people who used the Israel/Palestine issue to “spout hate and divide people.”

Nandy has confirmed the party are against the United Nations singling out Israel and will vote against it in power.

Reiterating the Labour Party’s support for a negotiated two state solution and her opposition to the BDS movement, Nandy addresses concerns over the UN’s disproportionate focus on Israel.

For the first time she suggested that Labour agrees with the government’s position of voting against all item 7 motions at the UN Human Rights Council.

Item 7 is the only permanent agenda item dedicated to condemning a single country.

Nandy also supported the government’s decision to not attend the 20th anniversary Durban conference this September, stating: “We shouldn’t be supporting the promotion of antisemitism.”

Asked about the displays of antisemitism at some of the pro Palestine demos earlier this year Nandy said some people lacked “understanding” on the issue. 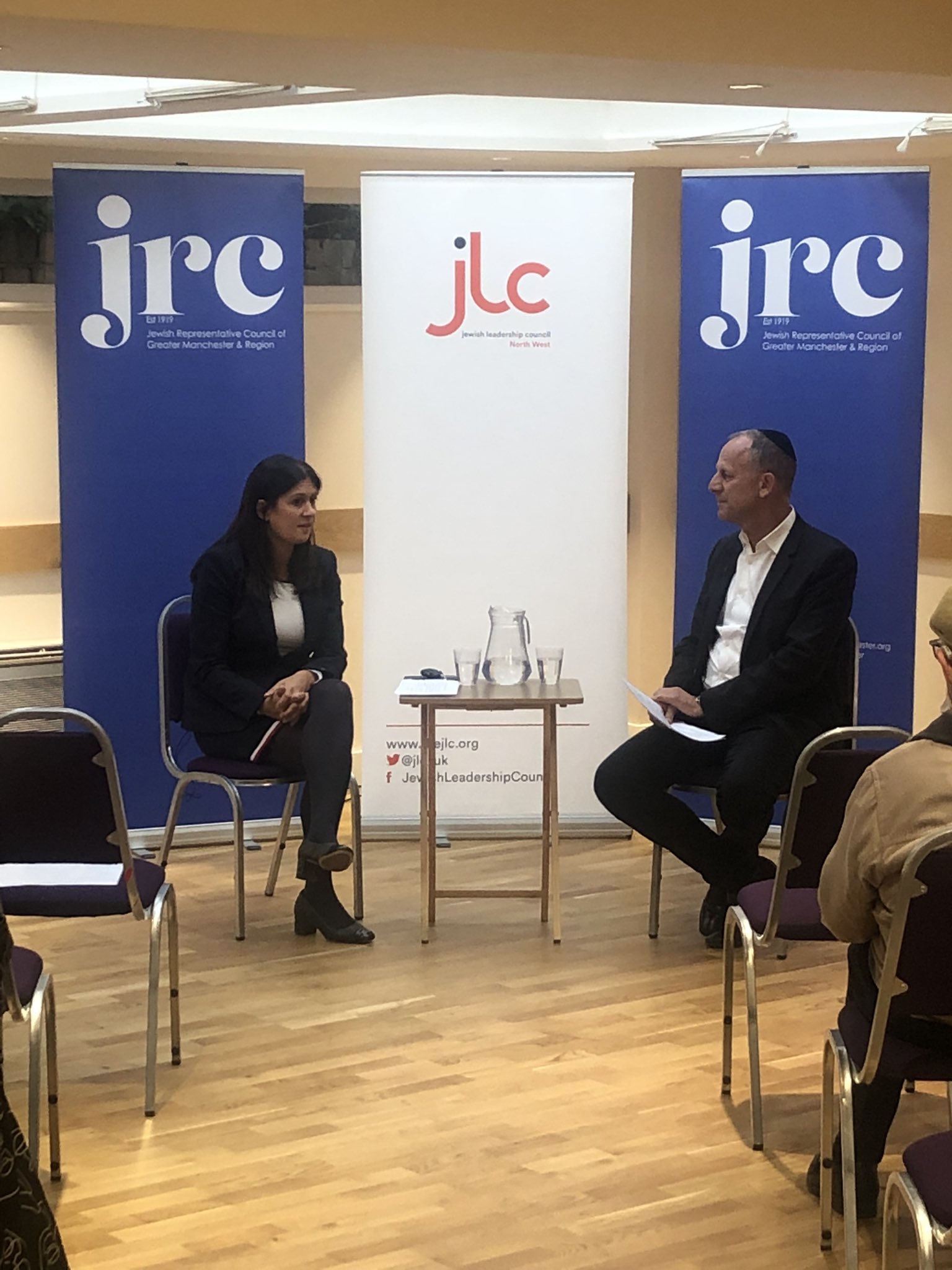 She said that during the most recent conflict she had been contacted by a Labour MP whose own family were in hiding due to Israeli air strikes.

But she also spoke with another party MP who had relatives hiding in shelters “night after night” due to Hamas rocket attacks.

She said both cases highlighted how the conflict was “personal to people in this country.”

Nandy continued:”We cannot allow it to become something where we demonise a whole group of people.

Asked about a social media post put out by Labour early in the conflict early this year that appeared to be a one sided criticism of Israel, Nandy admitted this was “a mistake.”

She said:”We sorted that out …I don’t think we made that mistake again.”

Nandy repeated her deep commitment to a two state solution – but also her belief in the need to campaign for Palestinian human rights. She recalled seeing children being treated awfully at an Israeli court during her first ever visit to the region at the start of her parliamentary career.

Nandy restated her “broader” opposition to the use of Boycott, Divestment and Sanctions (BDS) against Israel.

But she said she believed in the consumers had the right to be informed about the origins of goods they bought – including those from “the occupied Palestinian Territories.”

She also said Labour wound have supported a boycott of produce made in territories “annexed” by Israel had former US President Trump’s plan for the region been implemented.

She hailed the achievements of Dame Louise Ellman, Luciana Berger, Ruth Smeeth and Dame Margaret Hodge in this respect. 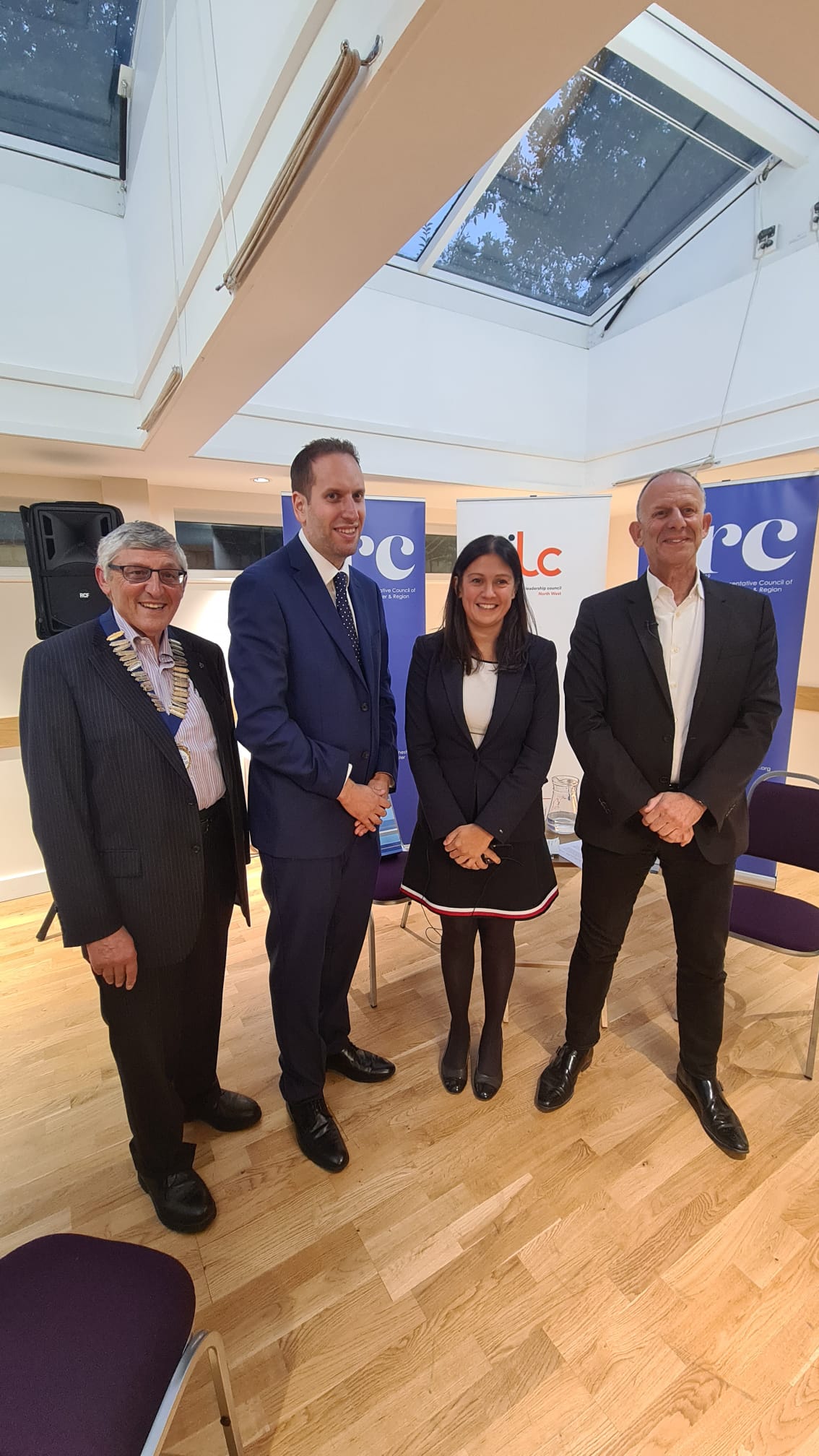 Lisa Nandy at the JLC-MRC event

Nandy said of the former Liverpool Wavertree MP, who quit the party as a result of antisemitism; “If it wasn’t for Luciana Berger mental health would not have been on the political agenda over the past decade ….

“I want her Parliament because she is one of the best MPs we have ever had.”

Nandy said that during the Labour leadership campaign when she stood against Starmer, she realised at the Jewish Labour Movement hustings event in St Johns Wood synagogues how the current leader “felt” the hurt within the community over antisemitism in the party.

She joked she feared Strarmer would put her “in the cupboard” rather than hand her a senior role on his front bench after she challenged him for the top job.

Nandy described the fact that she won the JLM nomination as “probably the proudest moment of my life.”

Lisa Nandy MP said:“It was great to join the JLC and JRC at this evening’s event. I was delighted to be able to listen to members of the Jewish community tonight. Only by listening can we rebuild the trust we so desperately need to have.”

Mark Adlestone OBE DL, Chair of the Jewish Representative Council of Greater Manchester and Region said: “It was an absolute privilege to host Lisa. We asked the important questions that are of critical importance to the Jewish community in Greater Manchester and across the country. I am delighted with Lisa’s open and forthright responses to our questions. We are fortunate to have an excellent and longstanding relationship with Lisa and look forward to working closely together.”

Marc Levy, JLC North West Regional Manager & Chief Executive of the Jewish Representative Council of Greater Manchester and Region said: “Over the many years I have known Lisa, she has been an outspoken and strong supporter of the Jewish community. I am delighted that Lisa agreed to come and speak with us this last night.”

Claudia Mendoza, Co-Chief Executive of the JLC said: “It is good to see a cross-party consensus that Israel should not be singled out and targeted within the UN. This is to be welcomed.”