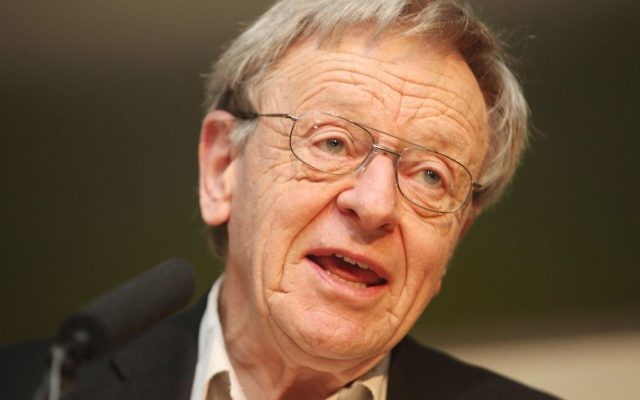 An amendment tabled by kindertransport refugee Lord Dubs helped inflict a string of defeats on the Government’s “shabby” immigration legislation – that will end EU freedom-of-movement rules in the UK.

The House of Lords demanded on Monday, a series of changes to the Immigration and Social Security Co-ordination (EU Withdrawal) Bill, including to ensure continued help for unaccompanied child refugees.

Czech-born Labour politician and campaigner Lord Dubs put forward an amendment to give EU children in care and care leavers automatic and indefinite leave to remain was supported by 323 votes to 227, majority 96.

Later, another change proposed by Lords Dubs to continue existing arrangements for unaccompanied child refugees to be reunited with close relatives in the UK went through by 317 votes to 223, majority 94.

Speaking during the Bill’s report stage, the peer, who fled the Nazis as a child on the Kindertransport aged six, said: “Child refugees are the most vulnerable of all refugees. One of our concerns must be to tackle trafficking and give child refugees legal routes to safety. If there are no legal routes to safety, the traffickers simply exploit vulnerable people and make a lot of money out of it and endanger the lives of the children.”

The 87-year-old campaigner told Jewish News he was “delighted that the amendment passed”, calling the legislation “pretty shabby stuff”.

This comes after ministers were told Britain should establish “overseas assessment centres” in Morocco or Algeria to deal with asylum seekers.

Lord Dubs said the government’s “attitude to immigration is very depressing to say the least of it”, adding it does not have “a proper policy. They’re flailing about, with ships, vessels off the coast, Ascension Island, Moldova, Morocco. What next? It’s a complete shambles.”

Responding to the defeats, René Cassin, a community charity working to support refugees said Lords “upheld Britain’s history of protecting vulnerable people seeking refuge, and has rightfully challenged government to ensure an immigration system that is competent and fair.”

The Government setbacks in the Lords raises the prospect of a legislative tussle with the Commons. The Government later suffered a further four defeats, bringing the total number for the day to six.