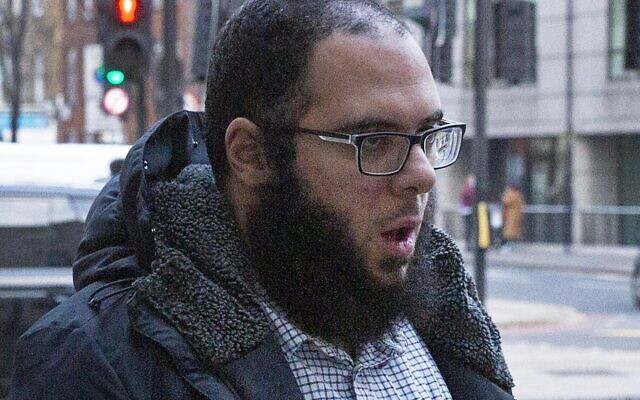 A man who wore T-shirts supporting banned Palestinian groups among Jewish communities in north London has been handed a suspended jail sentence.

Feras Al Jayoosi, 34, pleaded guilty at Westminster Magistrates’ Court to four counts of wearing an article supporting a proscribed organisation and was handed a total sentence of 16 weeks in custody, suspended for two years.

He was told his autism and Asperger’s reduced his culpability, and meant he would not go to prison immediately.

Chief magistrate Paul Goldspring said: “The harm you caused is high – you targeted the Jewish community, particularly in Golders Green.

“You had multiple warnings that the path you were taking – the organisations you sought out to align yourself with – would get you into trouble, but you carried on.”

Both groups are proscribed as terrorist organisations in the UK.

Three of the charges relate to Al Jayoosi wearing the garments in Golders Green – an area of north London with a large Jewish population – on June 8 and 9 this year.

The fourth relates to an incident at Barbury Castle, an Iron Age hill fort in Wiltshire, on May 30 this year.

Mr Goldspring said: “This prosecution is not about (you) supporting the cause of the Palestinian people. You and very many others – rightly – feel very strongly about that. It’s about supporting organisations that believe the way to solving the problem is in ways that are violent and that we should all abhor.

Mr Goldspring said he did not expect Al Jayoosi, from Swindon in Wiltshire, to find himself before the courts again, but also said he would probably struggle to find a job in the future with a terror conviction.

He was ordered to carry out 100 hours of community service, and was banned from the NW11 post code of north London.