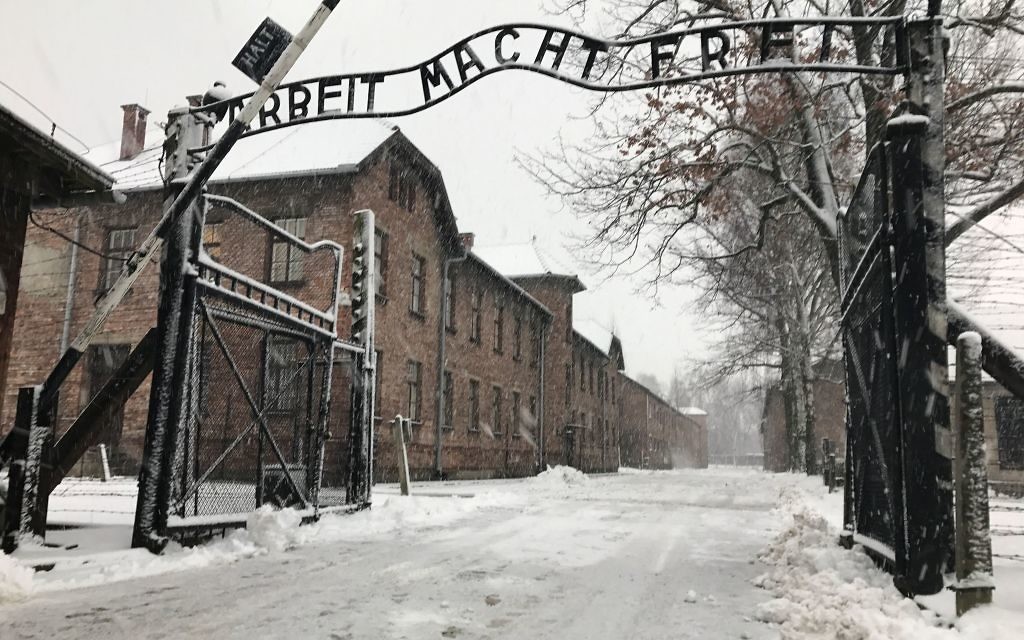 Of the first eight Jews to be imprisoned at Auschwitz, Murray Scheinberg was the only survivor. Forcibly taken from his home in 1939, leaving behind a wife and two children, he spent almost six years in Nazi prisons and concentration camps.

He was initially registered as a Polish political prisoner because the eight who were sent to Auschwitz on the first mass transport from Tarnow in June 1940 were able to conceal their Jewish identities – for a period.

The truth could no longer be hidden from the Nazis when Scheinberg was forced to undress for a communal shower and he was beaten until his body was black, blue and bleeding. 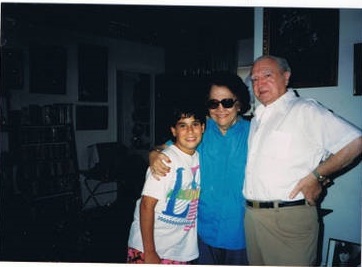 “He saw it all, and most of it is explained in my book,” says Scheinberg’s great-niece Marilyn Shimon, 66, retired educator based in the United States and the author of First One In, Last One Out, which details his harrowing tale of survival.

Growing up, Marilyn recalls sitting around the dining room table and listening to his testimony, watching him pull up his sleeve to reveal the number tattooed on his wrist: 31321.

“He would show us all the scars, all the wounds on his body, telling us what happened, and every single time we went there, it was verbatim. He just couldn’t forget it”, she says.

“How did my uncle survive? Where do you get the determination and the will to live through that?”

Key to Scheinberg’s escape from Dachau in April 1945 was a Nazi firearm left in an officer’s room and an air-raid alert during which all lights in the camp were turned off.

Using his stolen weapon, Scheinberg shot down several Nazi guards and made his escape dressed in one of their uniforms. He was joined by a fellow Jewish inmate, who died shortly after their escape and was buried just outside the grounds of Dachau.

Scheinberg then hid in a ditch, dug close to his friend’s grave, with help from a Nazi officer called Rudy, who was sympathetic to his plight and brought food to his hiding place. 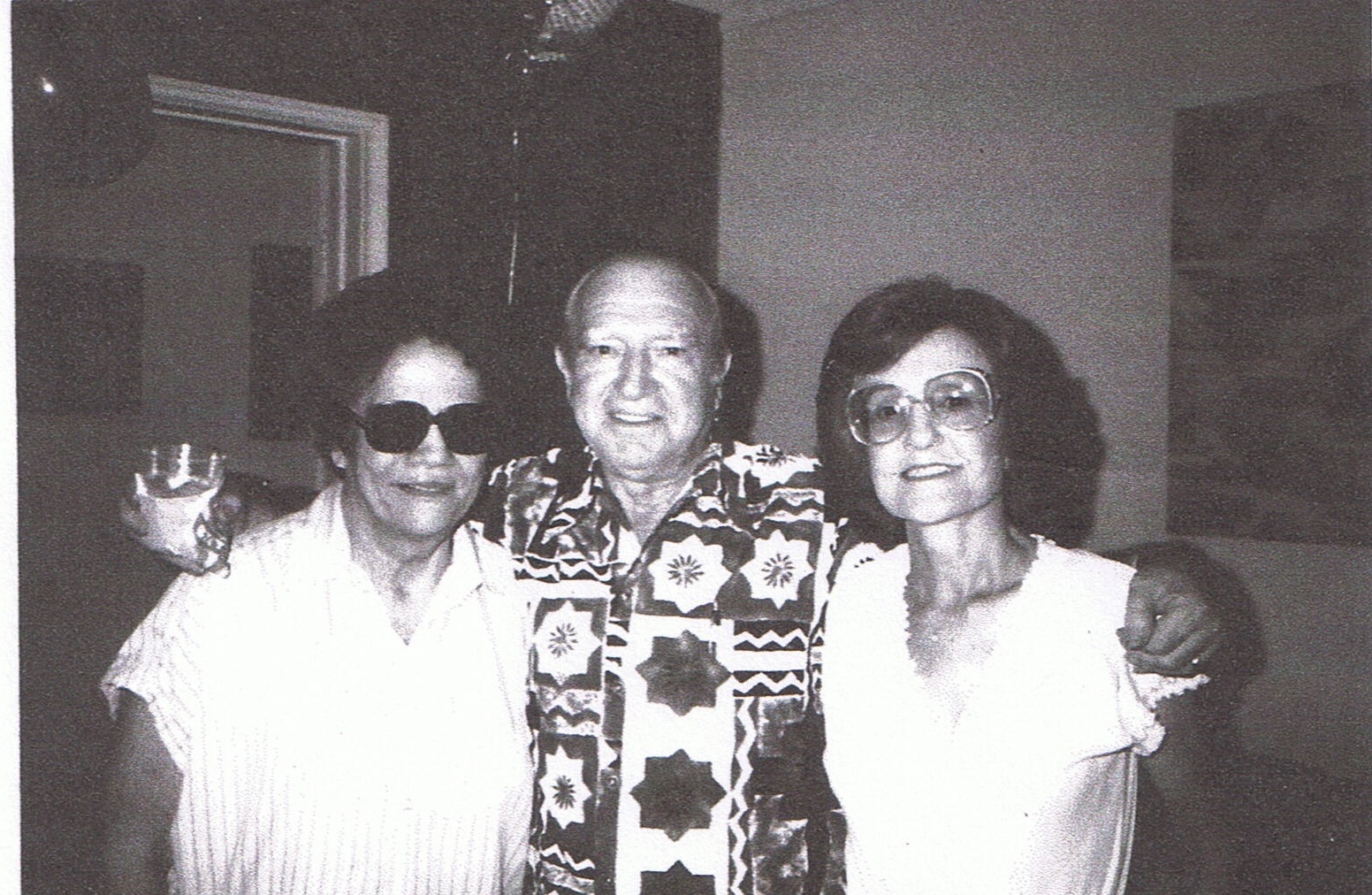 Scheinberg was finally discovered 12 days later by members of the US Seventh Army’s 45th Infantry. Surrounded by excretion and skeletal in his Nazi uniform, he was relieved to hear one of his liberators, an officer originally from New York, speak Yiddish.

After the war, Scheinberg emigrated to Los Angeles with a fellow survivor he met in a displaced persons’ camp in Epfenhausen in Germany.

After the couple divorced, he met American Jewish divorcee Rose Kodimer in 1963, and the two spent the rest of their lives together. He died in Los Angeles in 1996. 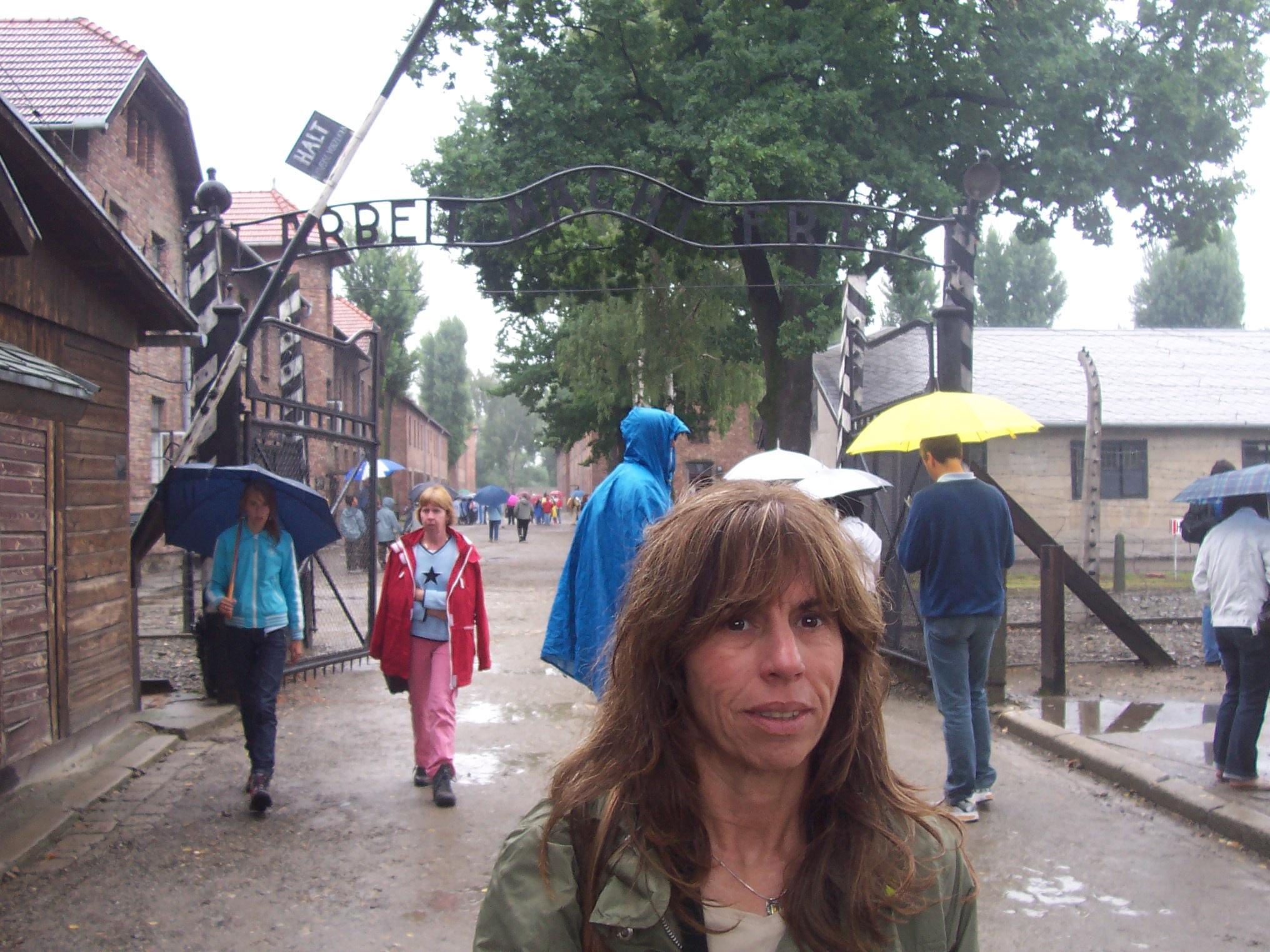 But the horror Scheinberg witnessed remained with him forever, and he continued to share his testimony in schools, libraries and to his family.

He would often recount one scene in particular, which haunted him forever: the murder of a mother and child at Auschwitz’s selection ramp.

“Whenever I think about it, I still cry,” his great niece says, her eyes glistening.

Scheinberg was assigned to Auschwitz’s Canada warehouse, where looted possessions were kept. This meant he was forced to bring in belongings from the selection ramp, where prisoners arrived in cattle carts, she explains.

“One of the Nazis had a gun aimed at the mother and screamed at her, ‘Tell your baby to walk,’ and obviously a six-month-old baby can’t walk,” Scheinberg’s great-niece recounts.

“He said, ‘Make the baby walk or I’m going to shoot the baby.’ She couldn’t, and the Nazi took the baby, threw him in the air and shot him, and then he shot the mother.”

Horrors like this meant the book “was difficult to write”, says Shimon.

“Quite honestly, I’d sit down maybe two, three days, eight hours a day and I had to take a break.”

Researching the book – translating material from German and poring over transcripts and recordings of Scheinberg’s various testimonies – took two years. 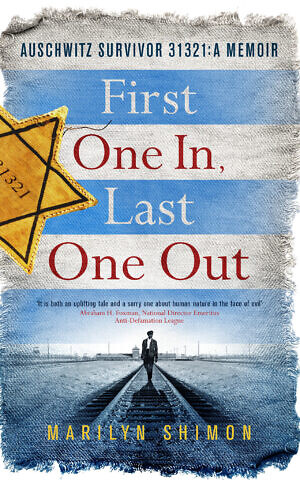 The writing process took another two. But it was worth the effort.

Growing levels of antisemitism in the United States are “a major threat”, she warns, making it all the more vital to preserve the legacy of survivors like her great uncle.

“We must educate the youth,” she urges. “They must know what happened because if they don’t, it will happen again.”

“And most important, not being a bystander.”

First One In, Last One Out by Marilyn Shimon is published by Mirror Books (RRP £8.99)