We speak to parents of mixed race Jews about the challenges they face in a community coming to terms with its internal problems of acceptance. Left: Zachary, 2, and Joshua, 4. Right: Curtis.

Amanda is still furious at the memory. She was at the simcha of an Israeli friend, and another guest, a man she didn’t know, turned to her and asked: “Why have you got to be with him?” He was referring to Jide, Amanda’s then fiancé (now husband), who is Nigerian-born and black. She felt sick at the blatant racism. Thankfully, Jide had not heard the comment – but her friend, the hostess had, and asked the man to leave.

The couple – who met 13 years ago and are reluctant to use their surnames in case of repeat experiences – have two boys: Joshua, four, and Zachary, two.

Joshua is about to start a Jewish school traditionally affiliated to the United Synagogue and the couple are worried about the attention the pair will receive. They already feel under the spotlight wherever they go, including at synagogue.

“People do look at us,” says Amanda, 42, who is white, grew up going to a United Synagogue and has family and friends who embraced Jide without any hesitation.

“I do feel a bit uncomfortable – and I shouldn’t have to, because I’m Jewish and so are my boys. But I know it’s not the norm, so people aren’t used to it. 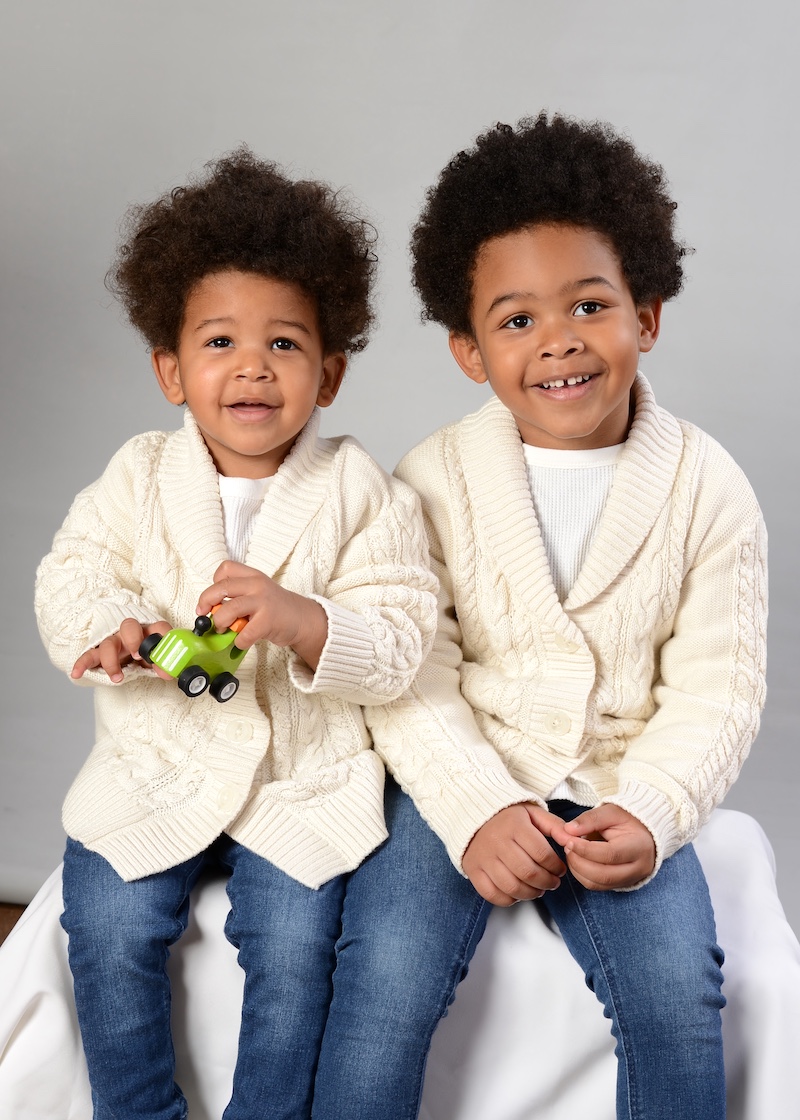 “Although I don’t really care what people think, I do care about my children. It’s a big worry and I wonder whether I should have gone down the less religious route.”

It’s not a worry without foundation. Sadly, Jews of colour are often made to feel they don’t fit in within a somewhat white and ‘Ashkenormative’ community.

The findings of the Board of Deputies’ Commission on Racial Inclusivity in the Jewish Community, which is chaired by the New Statesman’s political editor Stephen Bush, will certainly make for interesting reading, not least of all for those with direct experience.

One such person is London-born Lara Monroe, 40, who is Jewish and of Jamaican descent. Her six-year-old boy, whose father is also London-born and of Hungarian Jewish descent, has been told by another Jewish child he is not Jewish because “he doesn’t look Jewish, i.e. white”.

She continues: “He is very proud of being Jewish and to hear this was traumatic for him especially as he is very young.

“My concern is probably due to my anxiety in response to some of my experiences within the Jewish community, for example [being] asked if I was there to help clean up at a barmitzvah at my synagogue.

“Comments such as ‘you don’t look Jewish’ or ‘Are you an Ethiopian Jew?’ don’t help.

She believes there are people within the Jewish community who are very committed and active in supporting black British Jews, and says organisations such as JW3, Jewish Labour Movement, Limmud and Liberal Judaism “moved swiftly to mobilise Jewish communities to confront anti-racism and support the black community”, adding: “This has helped to raise the profile and we need to mobilise these commitments into actions that make a difference.”

But, she says, there is more that needs to be done. “Visibly showing black Jews as part of the Jewish community so that it happens naturally – within our literature, on our websites, on Boards or institutions, within the media, within cheder and within the histories we talk and educate our children about – would go some way.

“Other ways could include interweaving Black History Month into activities and events, support for decolonising the curriculum so that both black British and British Jewish histories are told in their entirety, initiatives such as #BlackShabbat.

“Essentially, it is about normalising our existence within the wider Jewish community and acknowledging the complete diversity of British Jewry.”

Lara, who attends a Liberal synagogue, explained this further in a tweet: “We are all b’tselem Elohim [made in God’s image]. When the multi-ethnic nature of our Jewish communities is not recognised, and our diverse histories and identities are marginalised and not celebrated, the whole Jewish community is diminished.”

Curtis, a 23-year-old student at Leeds University, attended a Jewish secondary school. His mother is white and grew up “very frum”, attending an independent shtiebel in north London, and his father is black, from Barbados. He has a strong Jewish identity, but at school, as one of only two Jews of black descent aside from an older Ethiopian Jew who was only there for  a year, he was made to feel different. 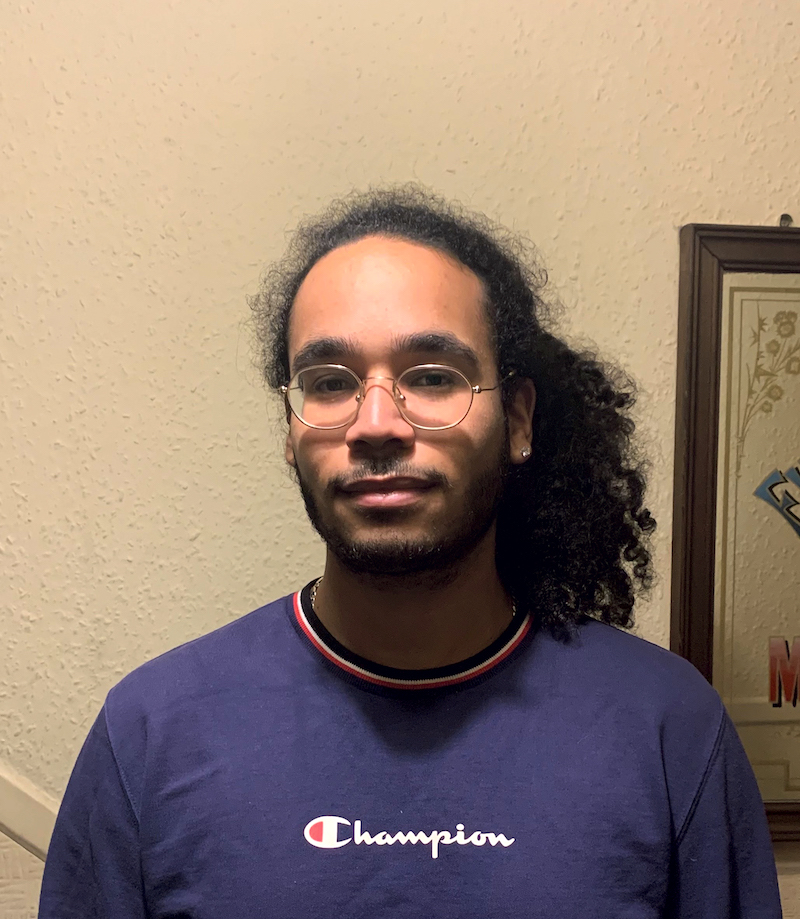 “When I got to secondary school, I was definitely the ‘black boy’. In my first week, I was sent to my head of year eight times because the school considered my having my hair in braids an ‘extreme’ hairstyle. I had to have written permission in my homework diary allowing me to have this hairstyle.

“At a parent-teacher meeting, one teacher didn’t comment on my progression, but only on how unacceptable it was to have my hair like this.”

His peers, meanwhile, would question him on his heritage.

“They would ask whether I liked watermelon and chicken; any stereotype they could find from a TV show, they would try to apply to me. Younger kids didn’t believe I was Jewish; they thought I was pretending in order to go to a better school,” he recalls.

“I was quite an emotional child so it did get to me because people always applied stereotypes I felt didn’t fit as I identified as being Jewish. But after a while I thought, you know what, if people want me to be this big angry black man then I guess I should fit the stereotype.

“The ‘n’ word was also thrown about very regularly, so I started hitting people, but they left me alone when I started reacting.”

While he says the school wasn’t inclusive and some incidents went unrebuked, other incidents happened under the staff and parent radar. Sometimes he didn’t tell his parents what had occured and students knew they couldn’t report him for lashing out as they knew the racial slurs would get them in trouble.

Sadly Curtis is also used to being made to feel like an outsider in other arenas. On Simchat Torah about three years ago, he went with friends from his school and from another Jewish school to a Lubavitch synagogue. His friends all enjoyed dancing with the Sefer Torah but, when he got up to do the same, he was physically moved away.

“He was very hurt by that,” says his mother, Liz. “A Jew is a Jew is a Jew,” she affirms. “Hitler wouldn’t have differentiated, so why do people in the community? I don’t know why Jews look down on each other – we are racist towards each other and colour shouldn’t come into it.”

Amanda agrees, arguing that Jews have experienced so much antisemitism they should think twice before behaving in a racist way towards others.

“I’ve had sleepless nights worrying if my boys are going to be welcomed and accepted by their peers – who are very much influenced by their parents and the Jewish community as they grow up – or if they are going to have experiences like I did with that man. We should be educating our children now so we can change things.” 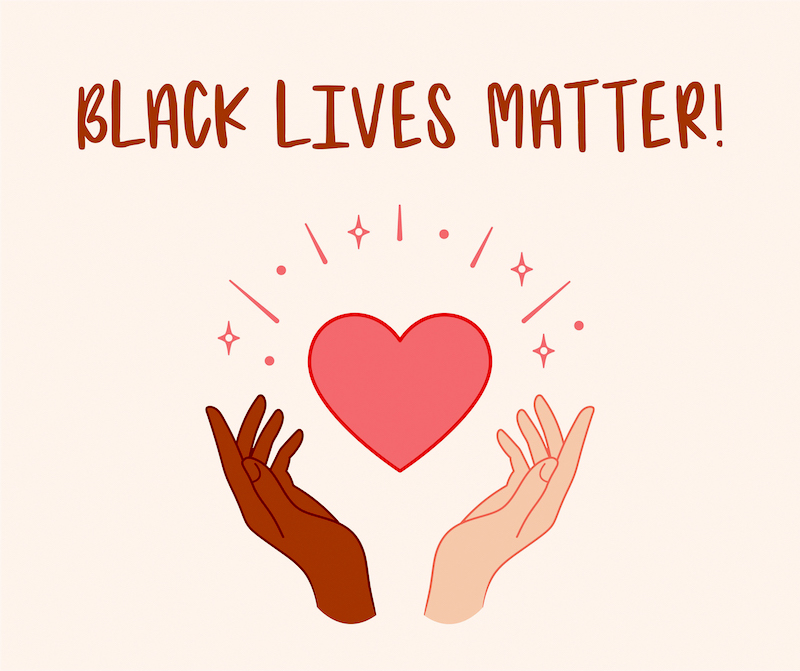 But Curtis is keen to emphasise that he does not feel alienated universally. His family attends New North London Synagogue, which they find extremely inclusive and welcoming.

“It depends on the community,” he says, but it is shocking to hear him admit that people’s reactions to him have made him step back from practising his faith.

He has also experienced prejudice from outside of the Jewish community because of his dual heritage. Liz recalls taking him to a concert when he was 16 and a police officer coming towards him with a sniffer dog. “He didn’t bring the dog near me or my mate, only to sniff Curtis. And while there is that attitude, there is a problem.”

Liz’s husband used to work in central London and, night after night, would be stopped by police. “The police force is massively racist and it racially profiles,” claims Liz. “I do have concerns for Curtis.”

Her son has also experienced casual antisemitism as a student. “I’m the first Jew some people have met and there’s a lot of it about. If someone’s being stingy, it’s very normal for someone to say, ‘Oh, what a Jew!’ I feel like the whole country needs a revamp.”

From being made to feel like he has to constantly confirm his Jewish identity, choose whether he is white or black (“I’m a mixture of races”) and face up to anti-Jewish prejudice, Curtis is used to answering people’s questions and standing up for himself.

“I was always labelled as being different so I don’t mind the questions if it helps people become less ignorant,” he says.

But perhaps, after the Commission reports and implements its recommendations, Curtis, along with Amanda’s boys and others in the community, will have to do it less often.